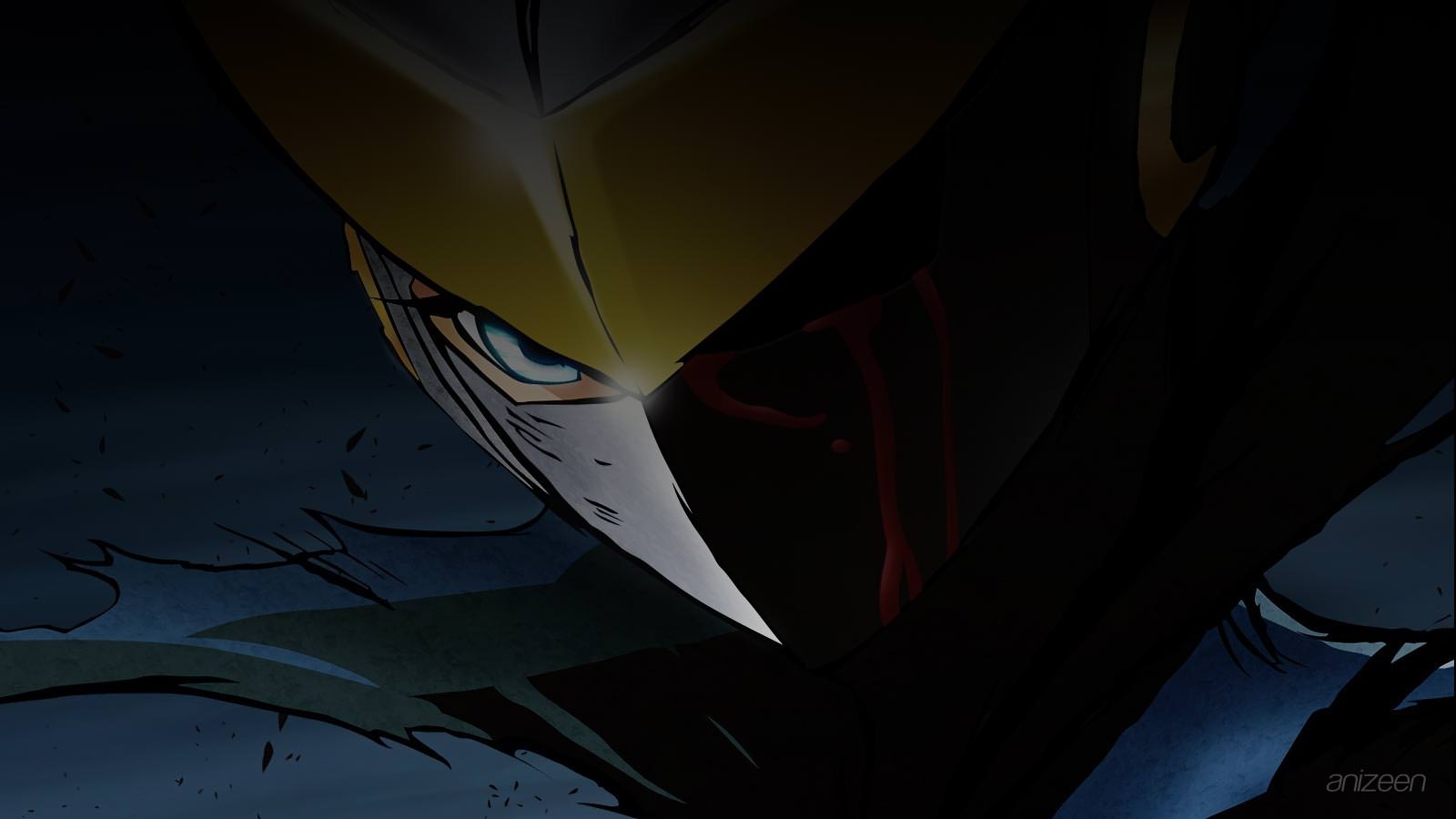 In some bleak, desolate future, humans are almost extinct and the sentient robots that supplanted them are also disappearing. A humanoid robot called Casshern wakes up hundred of years after the big destruction. He finds that the world is now a desert wasteland, and has no prior memory of who he is before his coma.

The robots remember him and hold Casshern accountable for the destruction of the world. Casshern does not remember who he is, nor why the robots blame him and want to destroy him, but he does remember how to kill and he does with blinding speed and immense strength that allows him to smash the robots apart as they attempt to attack him. After that, Casshern understands and agonizes over himself upon learning that he was the one who caused the destruction of the world.

A little girl robot named Ringo is collecting seashells along a ruined shoreline when she spots Casshern who is sitting quietly on a stone ledge. Ringo gleefully runs up to Casshern, introduces herself and asks Casshern if he is a human, because to Ringo Casshern is too “beautiful” to be a robot. Casshern doesn’t really know if he is human or robot, so Ringo decides that he must be a robot. Ringo likes Casshern and give him one of her seashells before she goes off to rejoin the old robot who she calls Ohji.

But on her way back Ringo is surprised by a huge robot who first thinks that Ringo is a human, and wants to kill her for it. Ringo explains that she is a robot too, but the huge robot still wants to destroy her and starts to crush her. But Casshern shows up and fights the huge robot, eventually ripping out its mechanical guts and smashing in its metal skull. Ringo watches in horror and by the end fears Casshern more than she feared the huge robot.

Ohji comes to take the damaged Ringo away, and tells Casshern to stay away from them. But then a mysterious female figure appears again to Ringo and like the robots, accuses Casshern of destroying the world.

Casshern is the protagonist of the series. In this latest incarnation, he is originally a subordinate of Braiking Boss, the strongest warrior in his robot army. With his advanced cybernetic body and quick reflexes, he has the ability to destroy any opponent he comes across, and is able to regenerate himself from any injuries. Casshern was sent by Braiking to kill Luna per his orders. When he manages to kill her, a catalcysmic event happened that sent him into a deep sleep.

Ringo is a robot girl who maintains her innocence despite living after the world destruction, who befriends Casshern. Although witnessing Casshern mercilessly killing a robot in order to save her, she gradually opens up her heart to him. Ohji handles her maintenance.

Lyuze is a female robot bounty hunter, she hunts for the recently awakened Casshern, as she blames him for causing the world destruction when he kills Luna.

Ohji is a human technician who spends his time fixing robots, he is Ringo’s guardian and takes care of her. However, Ohji has a constant dislike for Casshern, and seems to know something about him in the past.

Luna is a mysterious girl who was summoned by the people for help, Luna was known as “the sun which is named the moon”, and has untold powers. Braiking ordered his henchmen to dispose of her as she was a potential threat. Casshern kills her, and her death sparks the slow annhilation of the world. Seemingly immortal, she appears once again in the dark ages.

Braiking Boss is the leader who commands his robot army. Under his iron-clad rule, Braiking has enslaved humanity for a long time, until Luna is summoned to stop him. After the world destruction, he changes his name and is now wandering in the wilderness. He is responsible for the ruin of the world, as he ordered the murder of Luna. Thanks to: D. Baranyi

Casshern Sins
(キャシャーン SINS)
Is a remake of the classic anime series Casshan which was aired in Japan on October 1, 2008 and animated by Madhouse. The series has been remade in terms of the storyline divergence from the original Casshan anime released that instead of Casshern being a cyborg superhero battling the forces of Braiking Boss in a Post-apocalyptic Earth, Casshern was a cyborg subordinate of Braiking Boss and was given the assignment of assassinating a person named Luna when she was hailed to be the savior of mankind. A manga adaptation is being planned out for serialization on Jive’s Monthly Comic Rush Magazine.
OP
1. “Aoi Hana” ~ Color Bottle
ED
1. “Reason” ~ K∧N∧
WEB