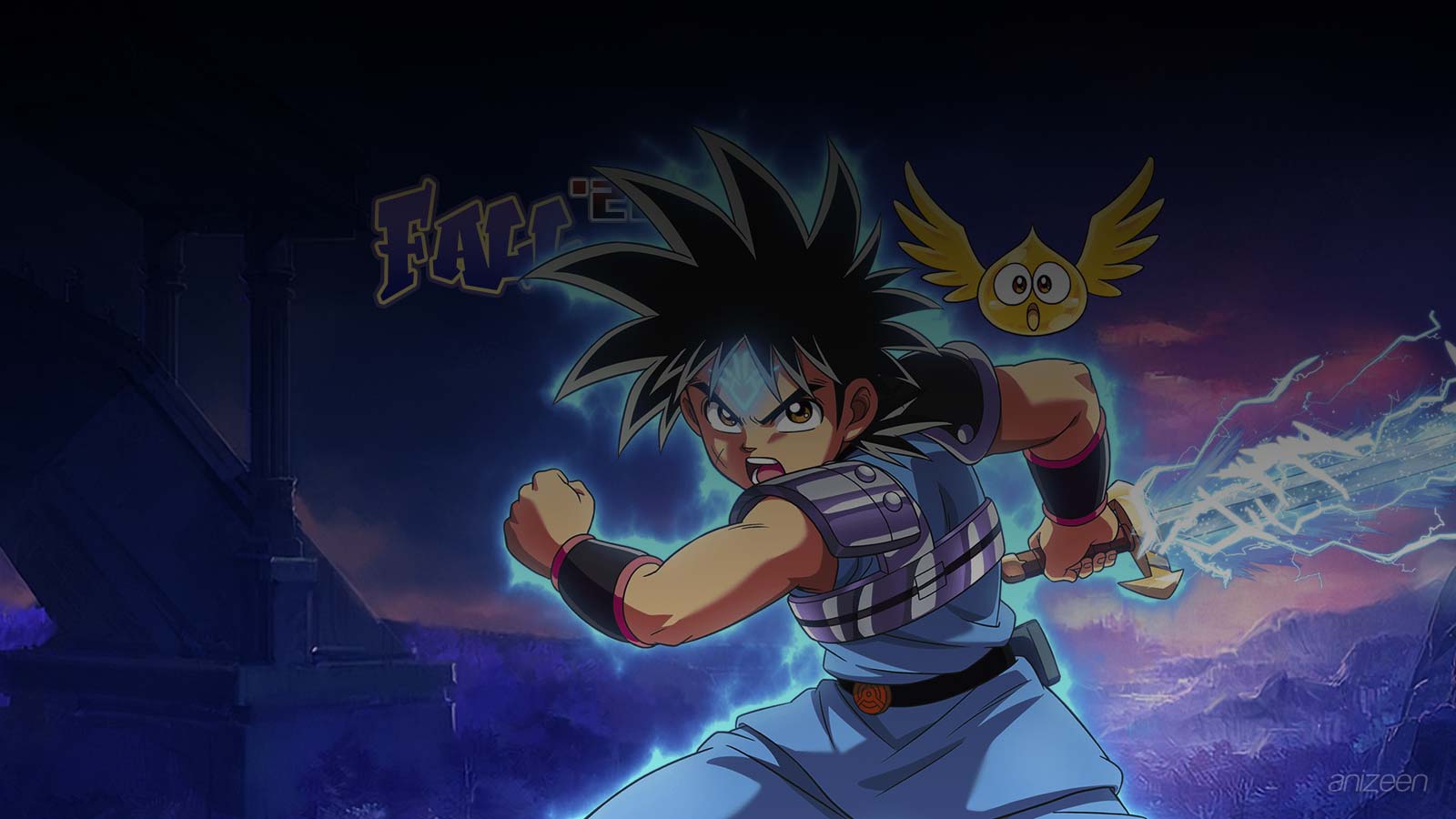 The days became weeks, then months, and now we are getting used to live with our new reality. For some of us, the pandemic has been filled with anguish, some of us have lost someone close to us, may them rest in peace.

With that said, all around the world we are seeing a slow and painful recovery, most of our economies are not as stable as those countries on the G-20, and even they are facing big challenges ahead.

In Japan, despite the quarantine, they are beginning to reactivate their activities, and the anime industry is once again active. The Fall Anime Season 2020 looks familiar and has plenty of entertainment to share.

A long time ago, a master sword fighter challenged Satan in a fight to death. The hero finally won the battle and all the monsters once controlled by Satan began to live peacefully. In Dragon Quest: Dai no Daibouken (2020) Dai is raised by one of these monsters, Grandpa Brus, the young kid wants to become a hero, and he will have his chance, once Gome-chan, a rare and valuable monster is kidnapped. Saving him will be difficult, but the real adventure has just begun.

In our world, at the end of his last summer vacation in high school, Youta spends his time getting ready for his college entrance exams, until a young girl named Hina appears, proclaiming herself as the “god of omniscience”. In Kamisama ni Natta Hi, Youta cannot believe her when she claims that “the world will come to an end in 30 days”. However, after witnessing her predictions in action, he begins to wonder if is true.

Meanwhile, in a different time, we see Yuna obsessively playing her favorite VRMMO, and one day, a strange software update includes a cute overpowered bear outfit. In Kuma Kuma Kuma Bear, suddenly she finds herself transported into the world of the game, facing down monsters and magic, but her bear suit will become her best weapon and ally.

And if you like that kind of setup, you will enjoy meeting Yuusuke, a ninth-grade student with a lonely existence, he has no real friends and avoids participating in any club. In 100-man no Inochi no Ue ni Ore wa Tatte Iru, he and a couple of his classmates will end up in a strange world, fighting to stay alive. The lone young man will have to cooperate and understand the importance of teamwork.

Then, in a differente world, we meet Elaina, a traveler witch eager to know the world. In Majo no Tabitabi, she will come across all kind of people and countries, one that only allows magicians to enter, another where a muscle loving giant lives or one where a Princess was left alone in a ruined reign.

Later, or before? In Feudal Japan, the half demon twins, Towa and Setsuna, are separated from each other during a forest fire. In Han`you no Yashahime: Sengoku Otogizoushi, in her search, Towa ends up traveling in time, where she is found and raised by Souta, the elder brother of Kagome. Ten years later, both twins are reunited, however, Setsuna has lost her memory. Joined by Moroha, the daughter of Inuyasha and Kagome, they will travel between the two eras to regain their missing past.

Back in our time, we meet Hidekichi having fun with Neko-sama and Inu-kun. In Inu to Neko Docchi mo Katteru to Mainichi Tanoshii , Inu-kun is a sweet, innocent dog and Neko-sama is a devilishly vicious yet adorable cat. The combinations is explosive, beware.

In the meantime, in an average school, we meet Yuuji, who looks like any other teenager, however, he possesses immense physical strength. In Jujutsu Kaisen, all sports clubs want to recruit Yuuji, but he prefers to hang out in the Occult Research Club. One day, the club manages to get a cursed object, and once the seal is broken, terror is unleashed.

Now, if you prefer a regular romantic comedy, sorry, whe do not have such thing, but Nasa has a dream, and he has always believed he is meant to go outer space. In Tonikaku Kawaii, while trying to join a space program, he meets Tsukasa, a mysterious girl with strange powers. Nasa begins to wonder if she is an alien, or a goddess? After all, she insists on marrying him and make him happy.

One thing is certain, Ryouma, a middle-aged businessman is about too meet some deities. In Kami-tachi ni Hirowareta Otoko, after his sudden death, three great gods sought his cooperation and reincarnated him as a child in a world filled with magic. With such opportunity, he decides to live on his own in the forest, working diligently at magic and hunting, until he finds a greatest passion, researching his slimes.

Later, we meet Princess Syalis, who tends to ignore the characters around her, after all, her only objective is to get a nice sleep. In Maou-jou de Oyasumi, the Demon King kidnaps the Princess to make the kingdom fear him and lure The Hero to fight him. However, since the abduction, he has hardly ever seen her awake and has never had a proper conversation with her, now, he is concerned.

Finally, in a fantasy world, we find science and magic colide. In Kimi to Boku no Saigo no Senjou, Arui wa Sekai ga Hajimaru Seisen, after and long-lasting war, a meeting between Iska, the “Successor of Black Steel”, and Aliceliese, the “Ice Calamity Witch”, is meant to change history.