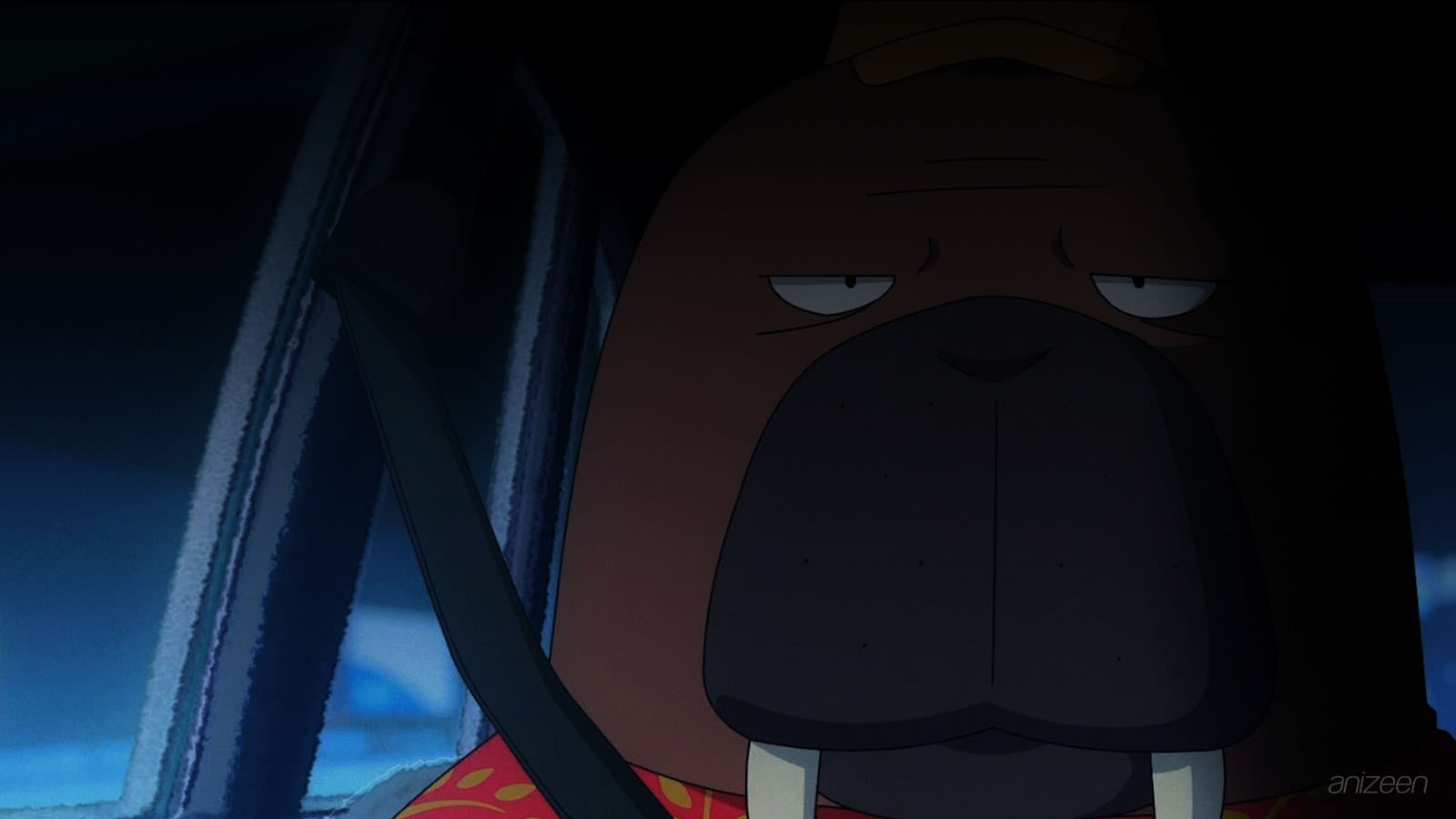 Hiroshi Odokawa usually has trouble sleeping, but this day he wakes up alarmed after having a nightmare.

Later, he gets into his taxi and goes to work, while waiting for his next client, Odokawa often listens to Homo Sapiens, a comedy duo on the radio.

At that moment someone makes him stop for a ride and he parks his taxi to pick up Taichi, a college student. When they start talking, Taichi lets him know that nowadays, it is very important to go viral on social media.

Odokawa fails to understand what his client is referring to, at that moment he is stopped by the Daimon brothers, a couple of police officers who are looking for a missing young woman, as well as a known criminal, Dabu, who could be involved in the case.

Odokawa knows that the Daimon brothers dislike taxi drivers, and that they keep an eye on him regularly. And they do not hide their feelings, and even hint that a taxi could be related to the disappearance of the young woman.

Later, Taichi convinces Odokawa to help him create a social media moment for him, and finally, they take a photo and the real story begins.

The next day, Odokawa visits his friend and doctor Ayumu Gouriki, who is worried about his health and even asks him to visit a bigger hospital for treatment.

As he leaves, he is intercepted by Kenshiro, one of the policemen, who directly tells him that he will take the memory of his camera to investigate possible crimes, and when he asks him not to report to the police station, Odokawa understands that something is not right.

At night, we meet Eiji Kakihana, an old friend of Odokawa’s who has a bad job and growing frustration at not being able to find love.

Meanwhile, Gouriki gets a call from one of his nurses, who tells him that the drug inventory doesn’t match the records.

Gouriki suspects that Miho Shirakawa, nurse and assistant, could be responsible, but before ratting her out he prefers to keep quiet about her.

Meanwhile, suspicions grow around Odokawa, especially when some say that despite living alone, people can listen to him talking to someone.

Odd Taxi
(オッドタクシー)
Is an anime series set in a world of anthropomorphic animals, it is produced by OLM and P.I.C.S, and premiered on April 6, 2021. Prior to its release, a manga from Shogakukan began publication in January 2021, and was serialized in its Superior Dalpana magazine till July 2022. An anime film, Odd Taxi: In the Woods, was released in in April 2022.
OP
S1. “Odd Taxi” ~ Skirt, PUNPEE
ED
S1. “Sugarless Kiss” ~ Suzuko Mimori
WEB