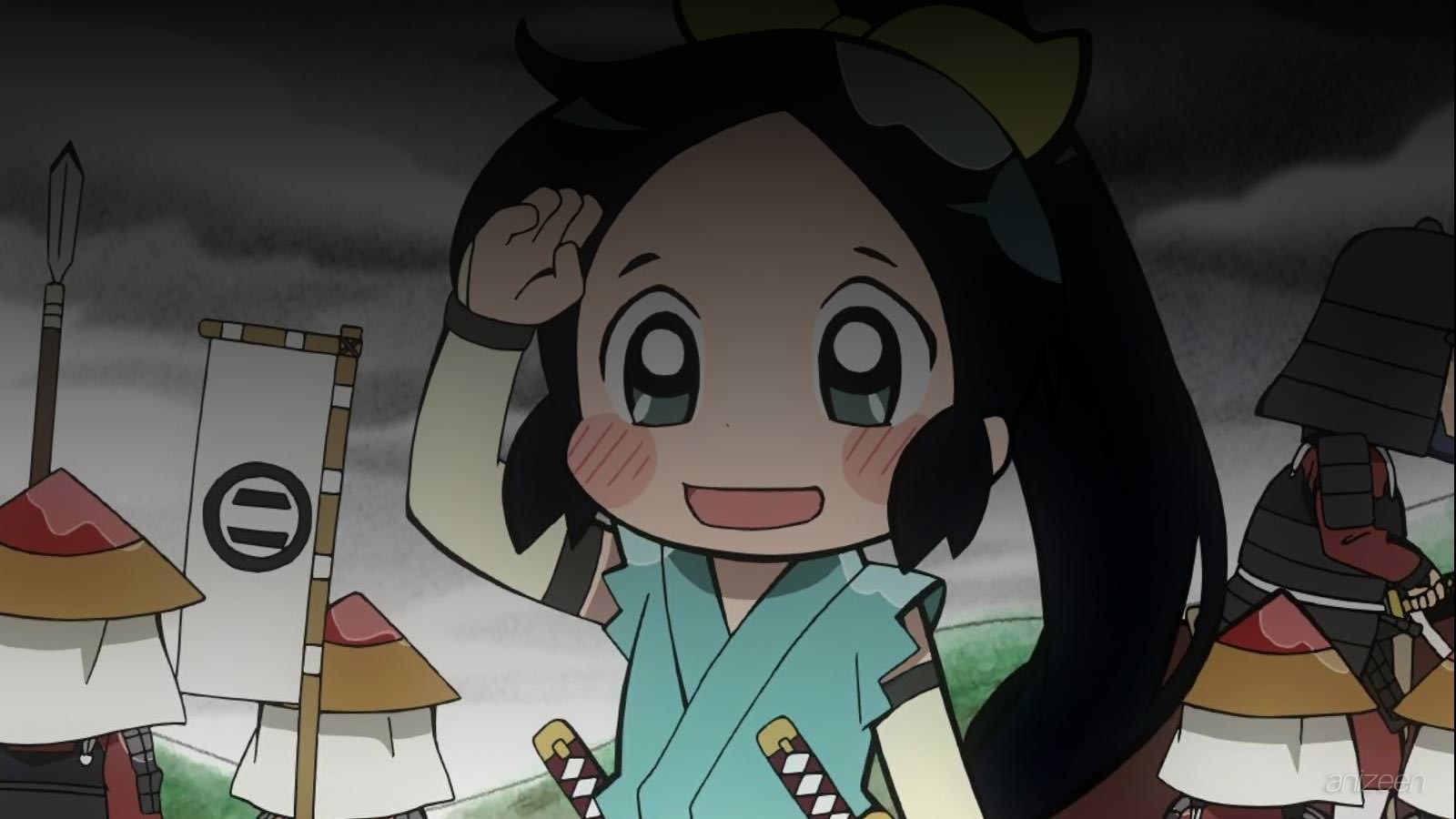 The year is 1555, during the late Sengoku period; Oda Nobunaga is a young man who holds on to a big dream. At that time, he was known as an empty-headed fool, but history tells something else.

Nobunaga is regarded as one of three unifiers of Japan along with his retainers Toyotomi Hideyoshi and Tokugawa Ieyasu. He was also known as one of the most brutal figures in history, eliminating anyone who stood in his way.

However, before that ever happened, one day, Nobunaga finds a girl, Chidori, in the river. He thinks it is rare to see a child swimming alone. Actually, she is drowning, and he helps her.

Nobunaga starts talking to Chidori and finds out she is a shinobi –ninja-. Once again, he finds her statement strange, after all, why would a ninja tell the world she is a ninja?

Nobunaga threatens her and demands more information, Chidori is serious and tells him she will protect her secret with her life if necessary. However, once he finds she is also part of the Iga, there is no further problem.

Chidori relaxes and asks the man if he is serving the blockhead master of the land, or if he is just a ronin samurai. Once she finds herself in front of Nobunaga himself, she begs not to be killed.

Chidori is stressed once again, but once Nobunaga tells her he has no reason to kill a single ninja, she calms down again.

Nobunaga tells him about his dream, and Chidori thinks he is an amazing person. Suddenly, she asks him if the persons hiding in the grass are his friends. Of course, they are not and try to attack Nobunaga.

Chidori does not hesitate and attacks, saving Nobunaga. Enchanted by his dream, Chidori swears that she will become his ninja one day.

Five years later, Chidori is ready to serve his new master, and she is thrilled to find out Nobunaga recalls her right away.