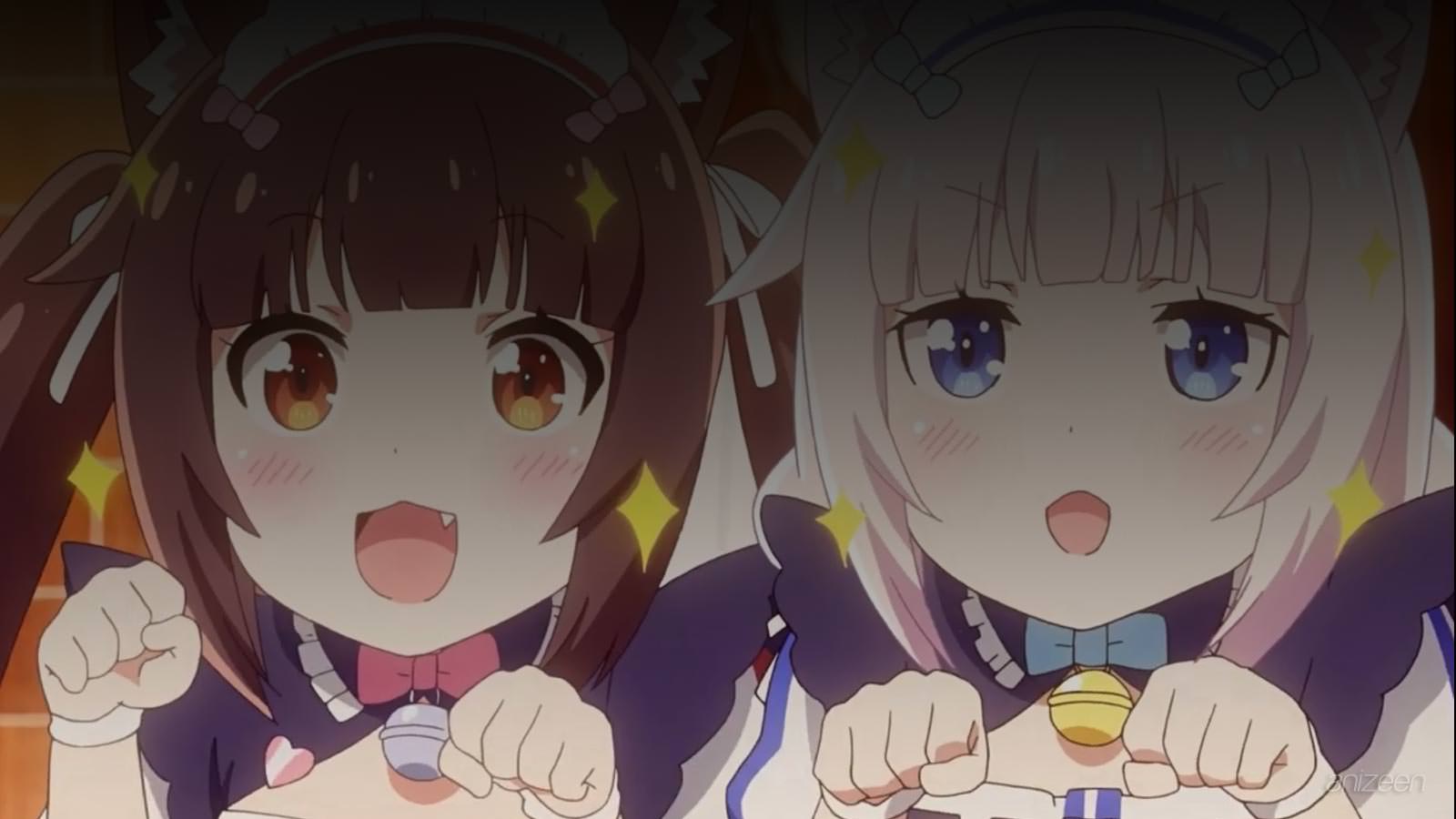 Kashou is the son of a long line of Japanese confection makers, one day he decides to move out to open his own shop.

He decides to name it “La Soleil” and run it as a patisserie, as he begins to organize his belongings, amongst his things he sees a couple of unusual boxes. Inside, he found Chocola and Vanilla, they are a couple of catgirls that his family have been raising.

In this world where humans live alongside catgirls, or Nekos, and Kashou’s family is used to have them around. Chocola and Vanilla want to live with their master, and he decides to let them stay if they help at La Soleil.

Now, they are growing up, and other nekos from home begin to work with them. Then we meet Shigure, sister of Kashou, and other catgirls like Azuki, Maple, Cinnamon and Coconut.

Azuki is getting used to cook, as she tries to maintain Coconut out of troubles. In the meantime, Maple and Cinnamon get ready to go to work.

As nekos, they are supposed to go out with their master, but after a difficult process, they have earned a bell, that allows them to be on their own. In other words, they are good kitties!

Back in the shop, we see Chocola working hard, but about to reach her limit, Maple and Cinnamon are late and Vanilla has to reprimand her for asking a customer for a bite.

As the day comes to an end, Chocola goes out to buy ponzu sauce to eat with a tuna dish and finds a little stray neko sitting in a bench at the park. Chocola does not seem to understand the young cat has no home, and wonders why she is out without her master.

Finally, as she returns home with the special sauce, someone unexpected enters Kashou’s place after her.