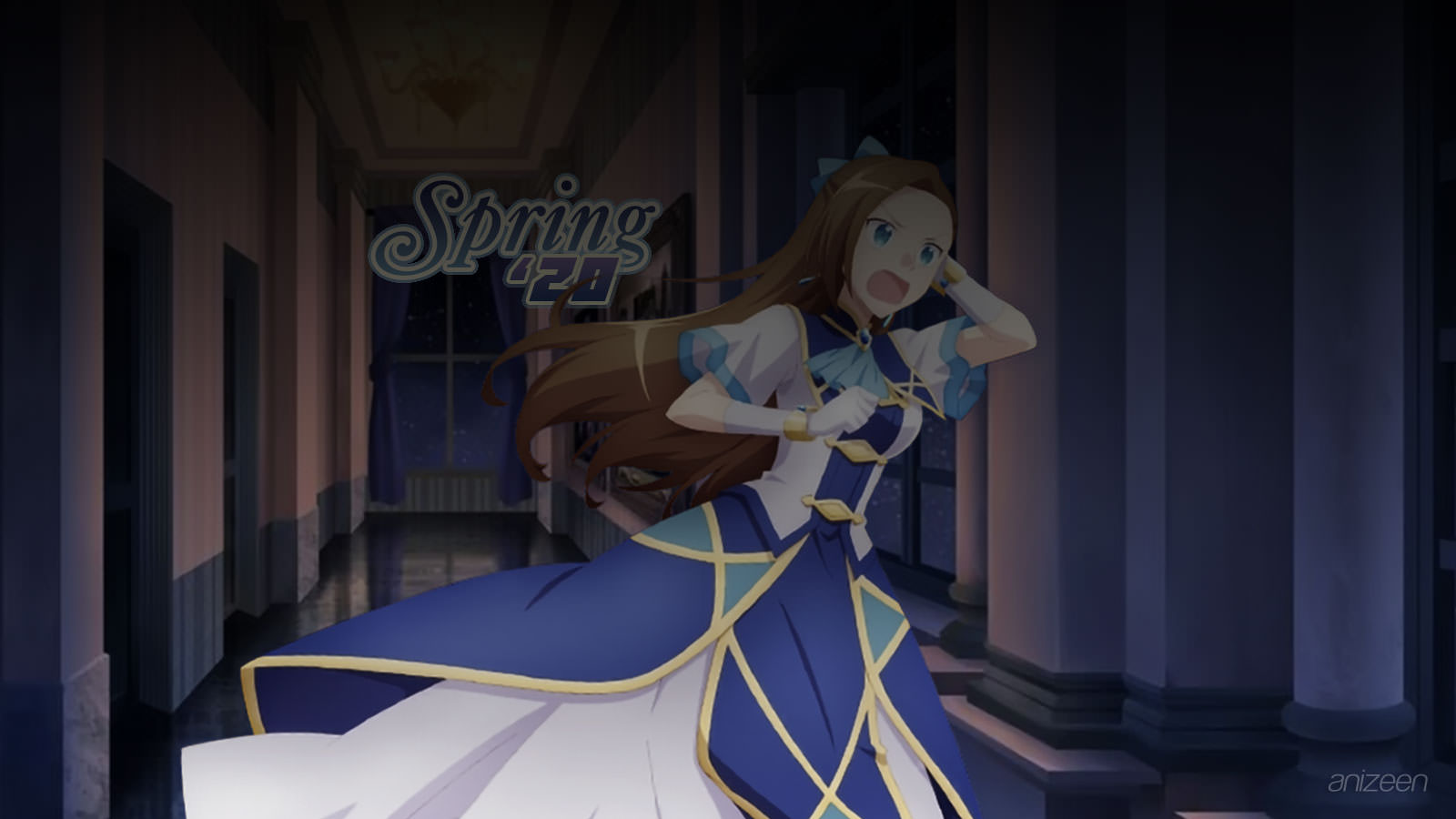 Well, if 2019 was chaotic, you cannot deny 2020 has been a roller coaster. First of all, as we face an unprecedented sanitary emergency, please remember that hygiene is more important than ever. Due to the COVID-19 coronavirus, our world will become stagnant, economy will slow down considerably, and we have to prepare ourselves to do the same for some weeks.

In the meantime, I hope you can stay in a safer environment, chill a bit and catch up with older series, and the Winter 2020 was particularly interesting.

In terms of the Spring Anime Season 2020 the lineup seems to be a good one, and hopefully the near future is alike.

First, let us meet Kakushi, a veteran manga artist, who had certain success thanks to “Kintama Shimashi”, a series not rated for children. In Kakushigoto, Kakushi tries to live a normal life alongside his only daughter, Hime, but tries to hide his best work from her. As you might imagine, the young girl will find out, and begin to wonder if she will be bullied at school because of her father.

Then, in a boring town, we find Shuichi, who is a bit sick of his life, until one day, where a warehouse sets on fire. In Gleipnir, Shuichi does not hesitate to lend a hand, and finds out one of his classmates is trapped. Somehow, he discovers an odd power, he is able to transform into a fluffy oversized dog, armed, dangerous and with a zipper in his back. Thanks to this, he is able to save Kurea and now, they share a secret. But Kurea might be more dangerous than any armed pet.

Meanwhile, in the big city, the heir of one of the wealthiest families in Japan, has a new job. In Fugou Keiji: Balance:Unlimited, Kanbe become a detective to the Modern Crime Prevention Task Force, he takes advantage of his family’s wealth and begins to solve complex crimes. However, he has a tendency to evaluate anyting and anyone in terms of monetary value. On the other hand, is his partner Haru, usually repulsed by his materialistic attitude.

Then, we jump back in time to the XVI century to meet Arte, the only daughter of a noble but decadent household. In Arte, since her childhood, she has been blessed with an unusual talent for painting, however, when her father dies, her mother forces her to abandon her love for arts, in order to find a noble man to marry and save the Spallettis from ruin.

And if you enjoy art, music is part of it, and in this world, it has ceased to exist. In Listeners, the story begins once Echo finds a mysterious girl named Myuu, who has an audio input jack in her body. Now, their journey will begin and music will beat once again.

Back in out sad reality, one night, Minare drinks to much, and ends up complaining to Keni, a radio station worker she just met. In Nami yo Kiite Kure, the next day, as she turns on the radio, she hears a recording of her. Minare simply storms into the station in rage, and finds out that Kenji is the station director, he convinces her to explain her harsh words the the audience. After that, she is given the opportunity to broadcast her voice late at night, and during the day, she will be helping, as usual, at the Voyager, a small curry shop.

If you want to complain a bit further, after hitting her head Catarina, only daughter of a duke, recalls the memories of her past life, a teenage otaku used to play otome games. In Otome Game no Hametsu Flag shika Nai Akuyaku Reijou ni Tensei Shiteshimatta… the night before her death, she was playing Fortune Lover, and now, she realizes that her new life is similar to the game. However, she also understands that she has become the antagonist of the game, and if certain, every move she makes will rushes her to the worse scenario. Now, she has to use her knowledge of the game to avoid a bad ending for her.

And we are not done with love, in Yesterday o Utatte, we meet Rikuo, a university graduate who has a passion for photography, but lacks motivation to find a career in life. Thus, he ends up working at a convenience store, there, he reunites with Shinako his former love interest and classmate. But also, Haru, a girl expelled from school, because she worked at a cafe/bar. She has a pet crow named Kansuke, and begins to have feelings for Rikuo.

Finally, back from the past, one day Kan-chan finds a magic bottle in the attic. In Hakushon Daimaou 2020, whenever someone sneezes, a genie is brought out and he must grant any wish until he or she sneezes again. However, he is not perfect, and it is not rare to see him fail and cause troubles instead of granting wishes.

And for the movies… do not know if they will be delayed, but here is an interesting list: Nakitai Watashi wa Neko o Kaburu, Princess Principal: Crown Handler, Gekijouban Violet Evergarden, Omoi, Omoware, Furi, Furare, Psycho-Pass 3: First Inspector, Dounika Naru Hibi or Eiga Given.

Now, wash your hands and do not touch your face!