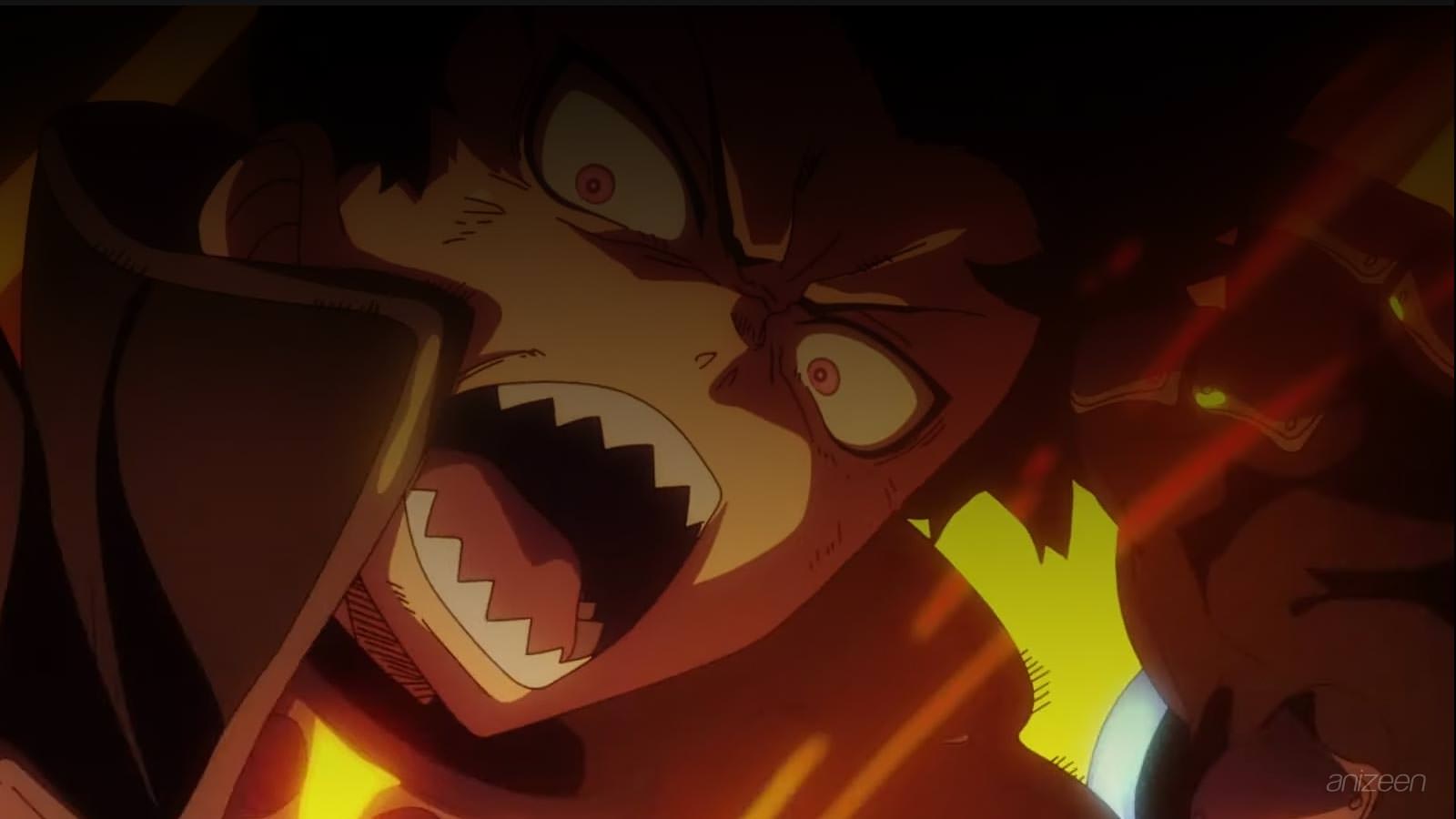 A lot has changed in our world, for some reason, a strange phenomenon called spontaneous human combustion is causing havoc. Basically, humans get lit on fire for no apparent reason.

Now, after many years, evolution has come, and the new generations possess the ability to manipulate flames while retaining their human form. Here, we meet Shinra, a young man from a rare third generation, he has gained the nickname Devil’s Footprints, due to his power.

Today, he has arrived to join the Special Fire Force Company 8, a special fire brigade created to fight and control the spontaneous combustion issue. As soon as he arrives, someone on the train bursts into flames. Before he is able to do something, his new partners show up.

Without hesitation, Akitaru, the brigade captain gives orders to his peers and extinguish the fire, in the process, Iris, a nun from the Holy Sol Temple is in danger, and Shinra steps up, igniting his own feet into flames to jump and save her.

Once at the headquarters, he introduces himself to the brigade members, as soon as he finishes, Akitaru asks him why he is laughing in his ID card photo. A bit embarrassed, he simply tells them that every time he is nervous, his face acts on its own.

For him, life has not been easy, he has been neglected over and over by his own family, and blamed for the death of her supporting mother and his young brother.

However, Shinra claims he had nothing to do with the accident, and is determined to become a hero and discover the murderer.