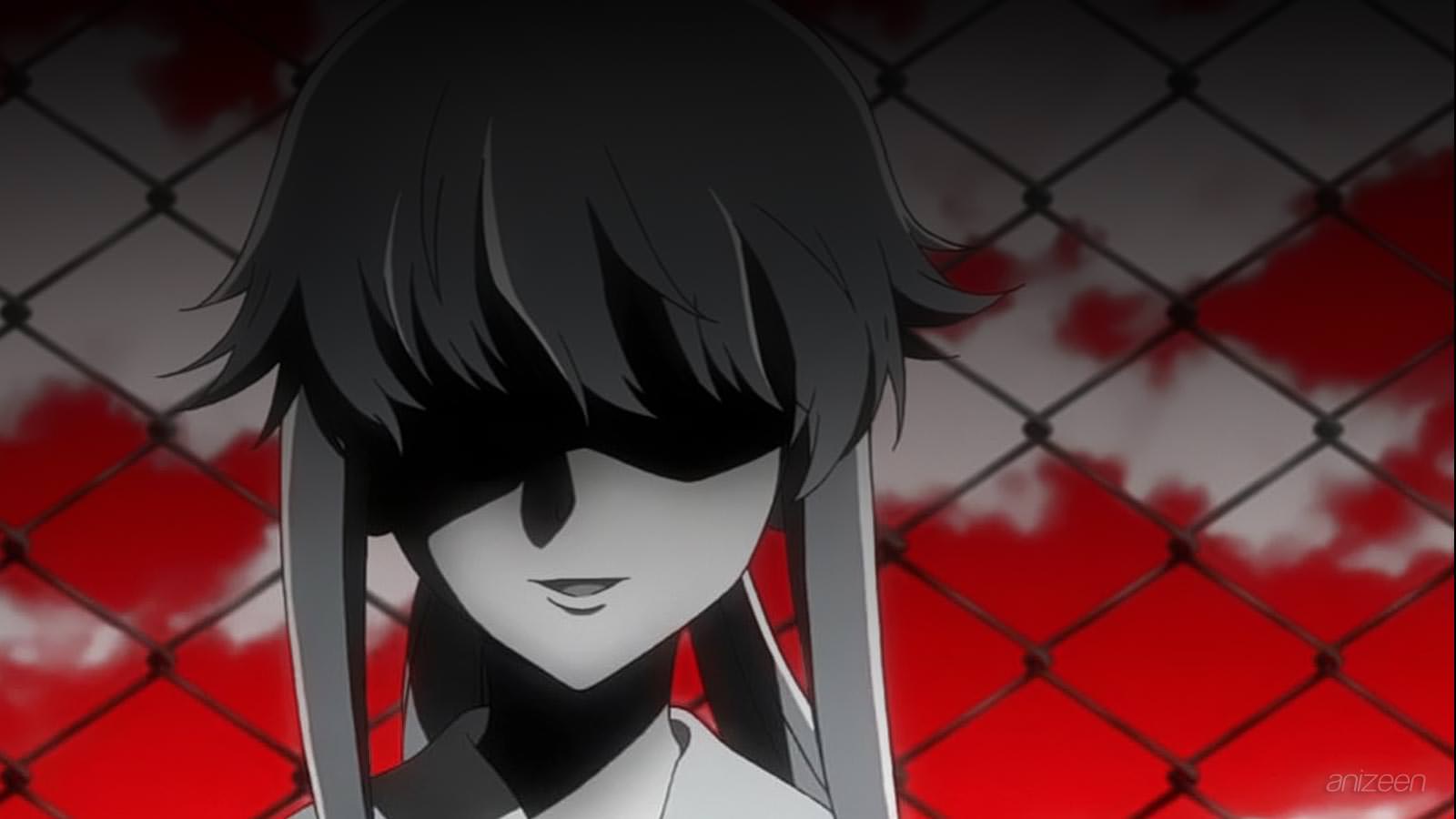 Yukiteru Amano is a loner who’s not very good socializing with people around him. Actually, he prefers to write a diary on his cell phone and talk to his imaginary friend, Deus Ex Machina, or The God of Time and Space, rather than hang around with his peers at school.

Yukiteru knows he is strange at the eyes of other persons, but he thinks he is alright, since he has made friends in his imaginary world. Deus is preparing a new ‘game’ and he says it will be interesting.

Suddenly, Yukiteru’s cell phone receives a text message; Deus has said that he gave him the future. The very next morning, Yukiteru is all dressed up and holding his cell phone. He sees something peculiar, the day has just begun and he has already written a lot of information about it.

As the morning starts, Yukiteru sees that every part of the diary is becoming a reality. All day long the same happens and Yukiteru starts to worry and feel scared. He asks Deus how is it that he knows his future, if he is just a god in his imaginary world?

Of course, Deus tells Yukiteru that he is a god; and such title allows him to play around, even with Yukiteru’s mind. Now, Yukiteru has a ‘future diary’, which also comes with some disadvantages such as being one with the diary. In other words, everything that will be on the diary will occur to Yukiteru, no matter if it is good or bad.

But what would happen if Yukiteru loses his cell phone, and with it, his diary? Well, the answer is simple; he’d die along with his lost future.

Now, Yukiteru is starting to feel relieved with his future already written and waiting to be read. He feels unique and thrilled, he feels powerful and he loves it. Still, something is not right for Yukiteru, and he will lose the gained confidence as soon as Yuno Gasai talks to him.

Yukiteru can’t understand and runs away or at least the tries. He will learn that Yuno has been watching him for some time, and that she has kept record of Yukiteru’s activities every ten minutes.

This means that Yuno also has a ‘future diary’, and that hers is completely dedicated to stalk Yukiteru. But that’s not everything, now, Yuno and Yukiteru are part of a bizarre contest and within the next 90 days, the contestants must try to kill each other and survive until there is only one person standing.

Yukiteru Amano is a middle schooler who is rather quiet and doesn’t talk much. He has a behavior bordering on anti-social. He mostly sees things around him as a bystander and writes it down in his cell phone diary. His only companion being an imaginary friend named Deus Ex Machina, the God of Time and Space. However, Yuki soon learns that Deus is real when he makes Yuki participate in a battle royal with eleven other people.

Yuno Gasai is a smart, beautiful and diligent. You’d say that she is a model student while at school. She is secretly obsessed with Yukiteru and would do anything within her power to assist him. She can be quite clingy and is highly fond of stalking him. When obstacles arise that either endangers Yukki’s life or threatens their relationship, her thoughts turn murderous and she lets nothing get in the way of her path.