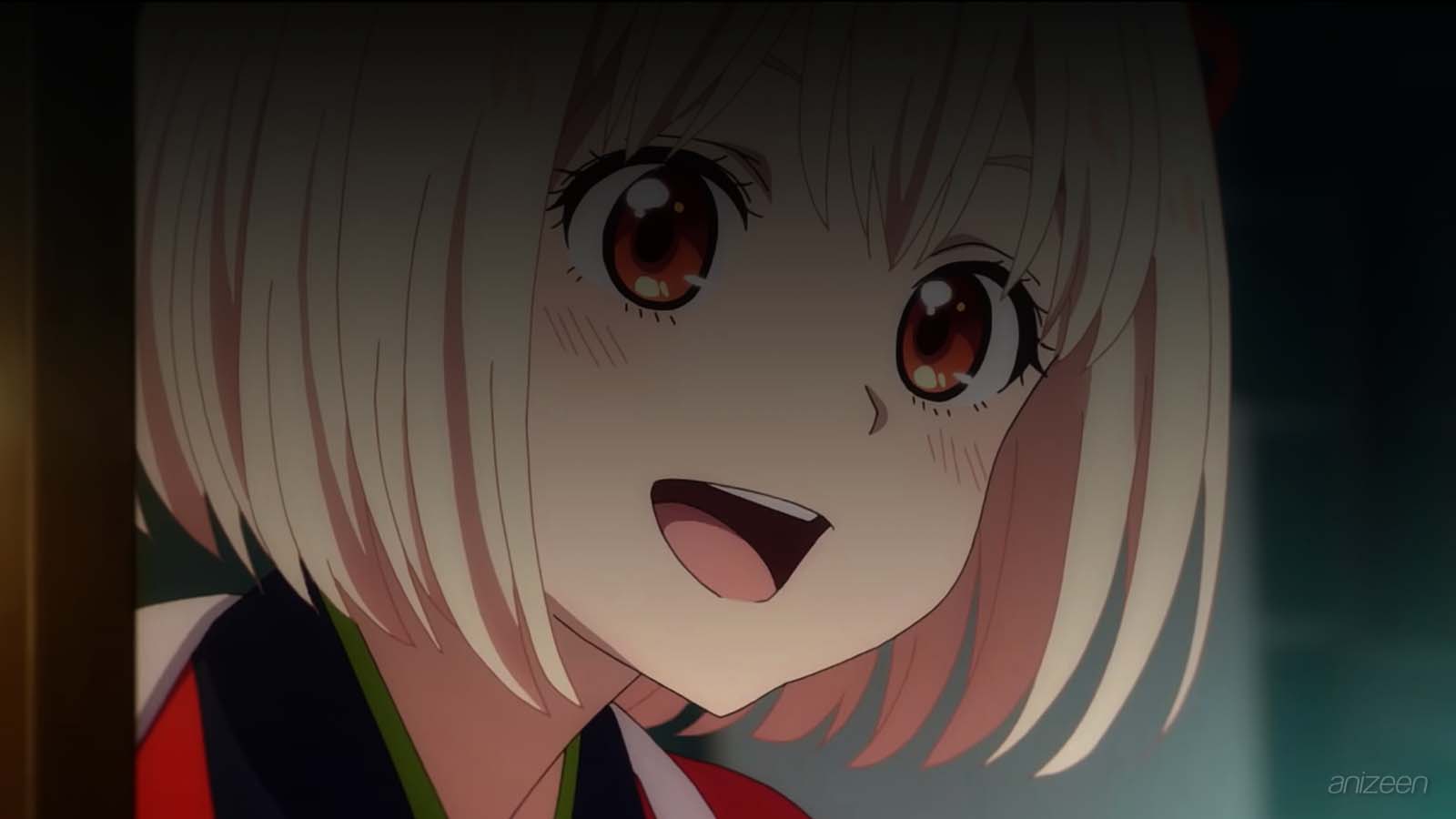 For years, thanks to an intelligence bureau, the city of Tokyo has lived in complete peace. Their secrecy is absolute, so they cover any event immediately and prevent the media from alarming citizens.

One morning, the entire office is on alert, there are signs of activity in the urban area and they quickly mobilize to arrest those suspected of making a clandestine arms deal.

Chisato is part of the rapid reaction group and runs to support her teammates.

Meanwhile, at the crime scene, not everything goes as planned, and one of the officers has been held hostage. At the central office, they ask everyone to wait for reinforcements, start negotiating and get more information.

However, Takina has other plans, and before Chisato arrives, she decides to disobey orders and grabs a submachine gun, in moments she takes out all the criminals.

Miraculously, her office mate is unscathed, however, her reputation and her place in the organization’s elite team is finished.

Takina is transferred under the orders of Chisato, who operates out of a cafe in the city. However, Chisato is not a regular agent, or Lycoris, she is considered the strongest of all time. She even defended a communications tower on her own, the one which stands as witness to her heroism.

In the meantime, Takina is ambitious, and when she sets her mind a goal, she does not hesitate to do whatever is in her power to achieve it, and does not care if she puts other people in danger.

From Café LycoReco, Chisato does more than stop criminals, with enthusiasm, energy and a lot of joy, she helps whoever asks for it, regardless of her social status or type of request.

Going out on patrol, Takina does not fully understand why Chisato wastes her time, but she understands that she must cooperate with her, if one day she aspires to return to the central office.

They receive a request for protection to secure a person who has been harassed on social networks. The woman uploaded a photograph and has not stopped receiving threats, when observing it, Chisato realizes that behind her you can see the people that Takina attacked previously.

Chisato realizes that those who are harassing the young woman are involved in the arms deal she was investigating, and they decide to take care of the young woman for the rest of the afternoon.

Chisato entrusts everything to Takina, and asks her to accompany her client to her house, and on their way, she grasps that they are followed by the criminals. Instead of staying by her side, Takina asks her to continue walking on her own.

Seeing the young woman alone, the criminals arrive and kidnap her, Takina has no remorse and begins to shoot at the vehicle, not caring that her client is on board.

Chisato arrives, and imposes order, showing Takina how she should operate and that it is not necessary to kill anyone to finish a job.

Despite this, Chisato is delighted to welcome her new partner, and the next day she hires her to work inside Café LycoReco.