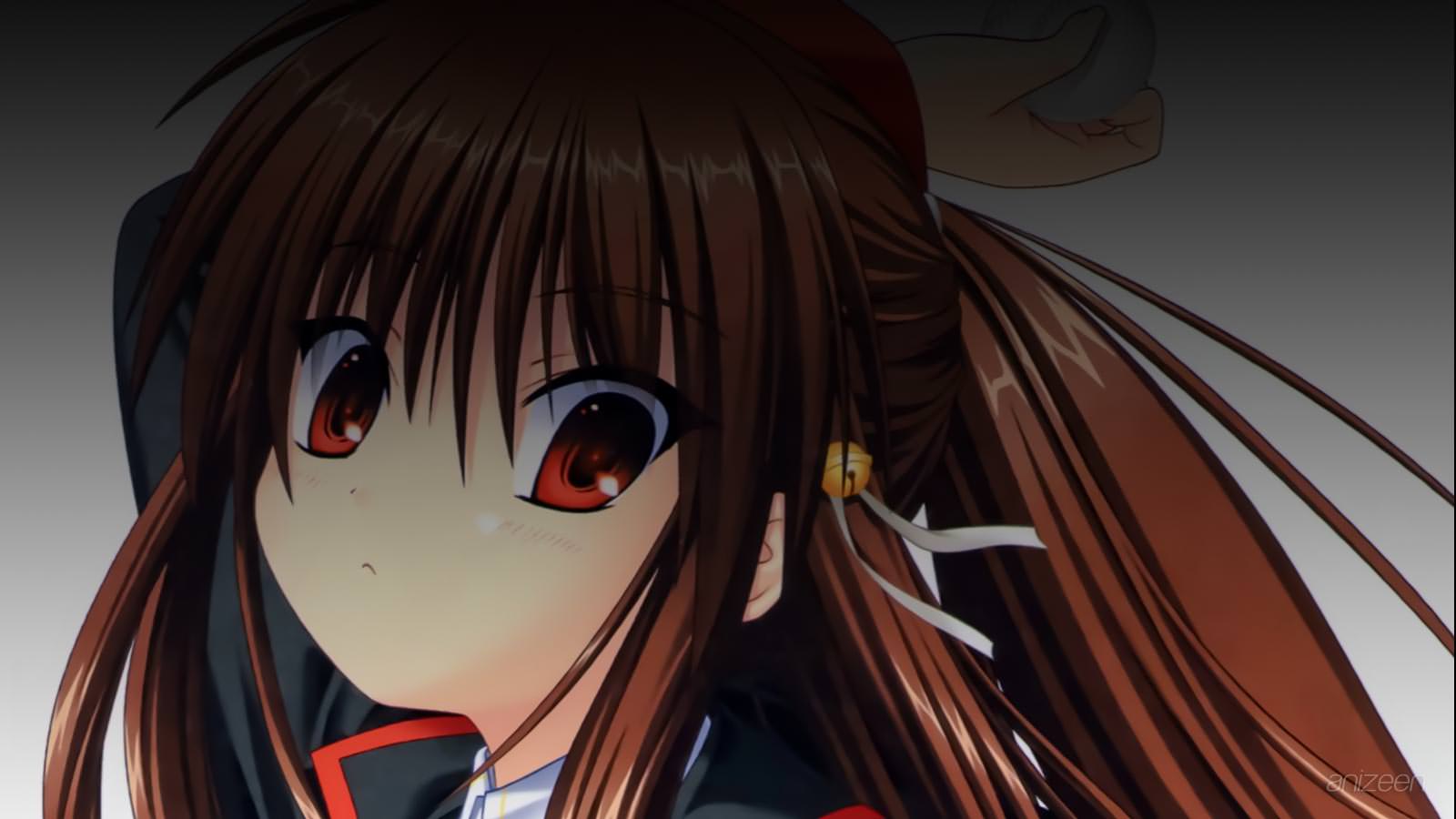 It’s early in the morning, and Kyousuke Natsume, a local hero, has returned from Tokyo. Someone announces the news and Masato Inohara jumps from his bed to face his old rival.

At first glance, you’d think it is Kyousuke, but it is not, Masato’s rival is Kengo Miyasawa. Both are childhood friends to Kyousuke and they have stopped fighting for some days, waiting for Kyousuke to return and get back to his referee duties.

Kyousuke is tired, but agrees to solve their dispute with a strange idea. Masato is physically strong and Kengo is gifted using his kendo sword, that’s why Kyousuke decides that they will have to fight with any useless thing they can afford. Basically, with this method, they won’t be badly hurt and will be able to solve their dilemma.

Meanwhile, Riki Naoe, another one of Kyousuke’s childhood friends is trying to stop the fight, but it’s too late and a lot of strange objects are thrown from the crowd to let the fight begin. Everything is set, and the fight is about to start, but Masato picked an unusual weapon, a little cat. At that moment, Rin Natsume, Kyousukes’ little sister, appears and starts fighting Masato to grab the cat.

For Riki and his friends, it’s been a fun time since they met. He has been friends with Kyousuke, Masato, Kengo and Rin since childhood when they brought him into their group called the Little Busters.

Now, they are all high school students, and Kyousuke is already looking for a job. After all, this is his third year and he doesn’t plan to go to college. With this in mind, Riki suggest they should do something fun and enjoy their time together.

Kyousuke proposes that they should play baseball under the team name of Little Busters. Immediately, Kengo excuses himself because he has to prepare for a kendo tournament.

Later that night, Kyousuke calls everybody and tells Rin that she has to recruit more members for the team at the girl’s dorm. After a couple of failed attempts, Rin is confronted by Sasami Sasasegawa and three other members of the softball team; Rin ends up losing the fight.

The next day, Riki goes looking for new Little Busters members, which leads him to follow Komari Kamikita, a girl that loves fairy tale stories.

Riki Naoe is the protagonist of Little Busters! He is a member of the Little Busters, and of them, he is seen as the only one that is straightforward and has common sense. His parents died when he was very young, and around the same time he was diagnosed with narcolepsy.

Rin Natsume is the younger sister of Kyousuke Natsume and is the only female member out of the five original members of the Little Busters. She does not communicate well and is seen as inarticulate. Due to this, she is anti-social, and is usually seen alone. When playing baseball with the others, Rin is an ace pitcher. Rin loves cats and at school takes care of several strays; it is not uncommon for several cats to crawl onto her.

Kengo Miyazawa is skilled in the art of kendo and seemingly has a cynical personality, but his passion for the Little Busters is unmatched by anyone.

Masato Inohara is Riki’s roommate. He has a particular fondness for Riki, which he is more than willing to express out aloud. He loves to work out and improve his muscle mass. His rival is Kengo Miyazawa

Kyousuke Natsume is the leader of the Little Busters, and is one year older than the other four members. He often comes up with absurd ideas, but almost always, he follows up with a reasonable explanation along with it. He suffers from a lolita complex, though he denies it.

Komari Kamikita is very childish, taking great interest in fairy-tales, picture books, candy, and clothing with many layers of frills. She is very clumsy, and will often not think before she acts. She does well in her studies.

Haruka Saigusa is a schoolmate of Riki’s from a different class, but despite this, always seems to find time to hang around in Riki’s classroom. She is a problem child and will start an uproar for her own personal enjoyment, which causes the public morals chairman Kanata Futaki, to often chase after her.

Mio Nishizono is a calm girl who is very diligent. Due to having weak health, she is always seen with a parasol when outside. She enjoys reading, especially when the story contains boys love elements, and her room is filled with books. She carries around a book of poems by Bokusui Wakayama.

Kudryavka Noumi is a quarter Japanese, and three-quarters Russian. Her grandfather was Japanese, and per his influence on her, she came to know much about the Japanese culture, including the language. She is very bad in English, though. She is Riki’s classmate and is in the home economics club.