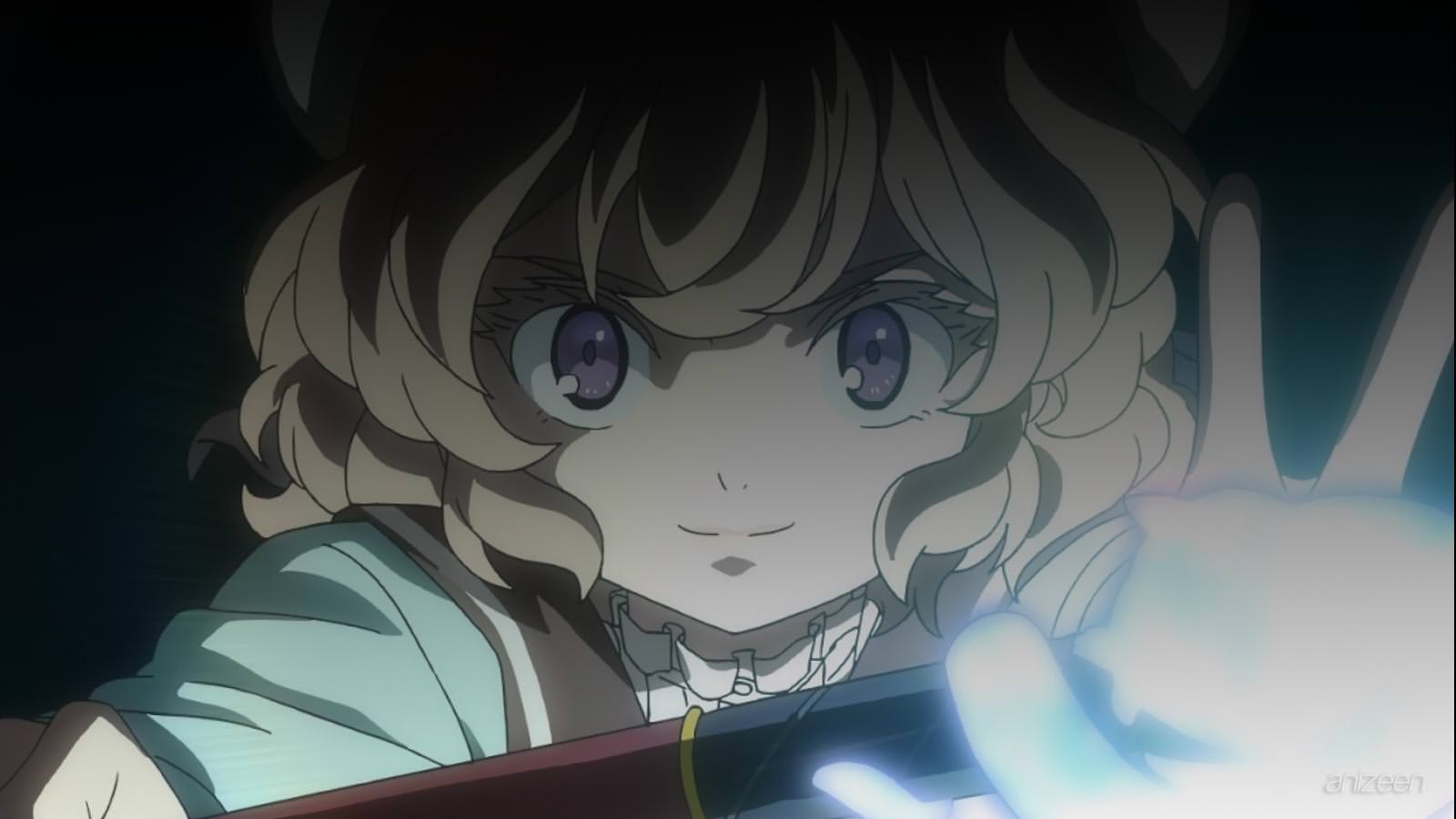 At the age of 11, Kotoko had a fateful encounter with yokai, suddenly, they asked her to become a goddess of wisdom to them, however, in order to do it, she gave up a one eye and a leg.

Her disappearance did not go unnoticed in the city, especially when Kotoko was found hurt in the same park where she was last seen.

After several years, she has received prosthetic replacements, and it is not unusual to see her taking therapy at the hospital. One day, she met Kurou, a young college student who usually visits a hurt relative.

Kotoko is intrigued by Kurou, and she begins to research his story within the hospital nurses. He has a girlfriend, and they seem to have a serious relationship. However, after some months, they realize he has not mentioned her, and they believe he was dumped by her.

Since then, she is interested in him, and decides to enroll in the same university as Kurou to approach him. Finally, the day has come, and she is not shy to confess to him.

Kurou is a bit shocked, but begins to understand why she has so much information about him. In the end, he tells her a story, on a holiday, they took a trip, near a river they spotted a strange creature, a legendary kappa.

The creature was not an issue, after all, they are not supposed to be dangerous, however, Kurou ends up scaring it, and his girlfriend.

Later, Kotoko begins to wonder what can be the real issue, and does not hesitate to ask him for his assistance. She also tells him about her, and how she loses her eye and leg.

Finally, Kurou agrees to make her company as she deals with a bad spirit at the campus library, there, they meet a violent creature. Kotoko is no match for it, and as she falls down the stairs, Kurou stands in between.

The monster bites his arm off, Kotoko is about to panic, but Kurou is calm as he tells her more about him. At a young age, he ate something he was not supposed to eat, and now, it seems his flesh is poisonous to yokai.

Kyokou Suiri (虚構推理)
Also known as In/Spectre, it is a 2011 novel published by Kodansha and written by Kyo Shirodaira with illustrations by Chasiba Katase.
A manga adaptation has been serialized in Kodansha’s Shounen Magazine R and Monthly Shounen Magazine. An anime television series adaptation by Brain’s Base premiered on January 11, 2020.
OP
S1. “Mononoke in the Fiction” ~ Uso to Chameleon
ED
S1. “LAST DANCE” ~ Mamoru Miyano

OP ~ Mononoke in the Fiction