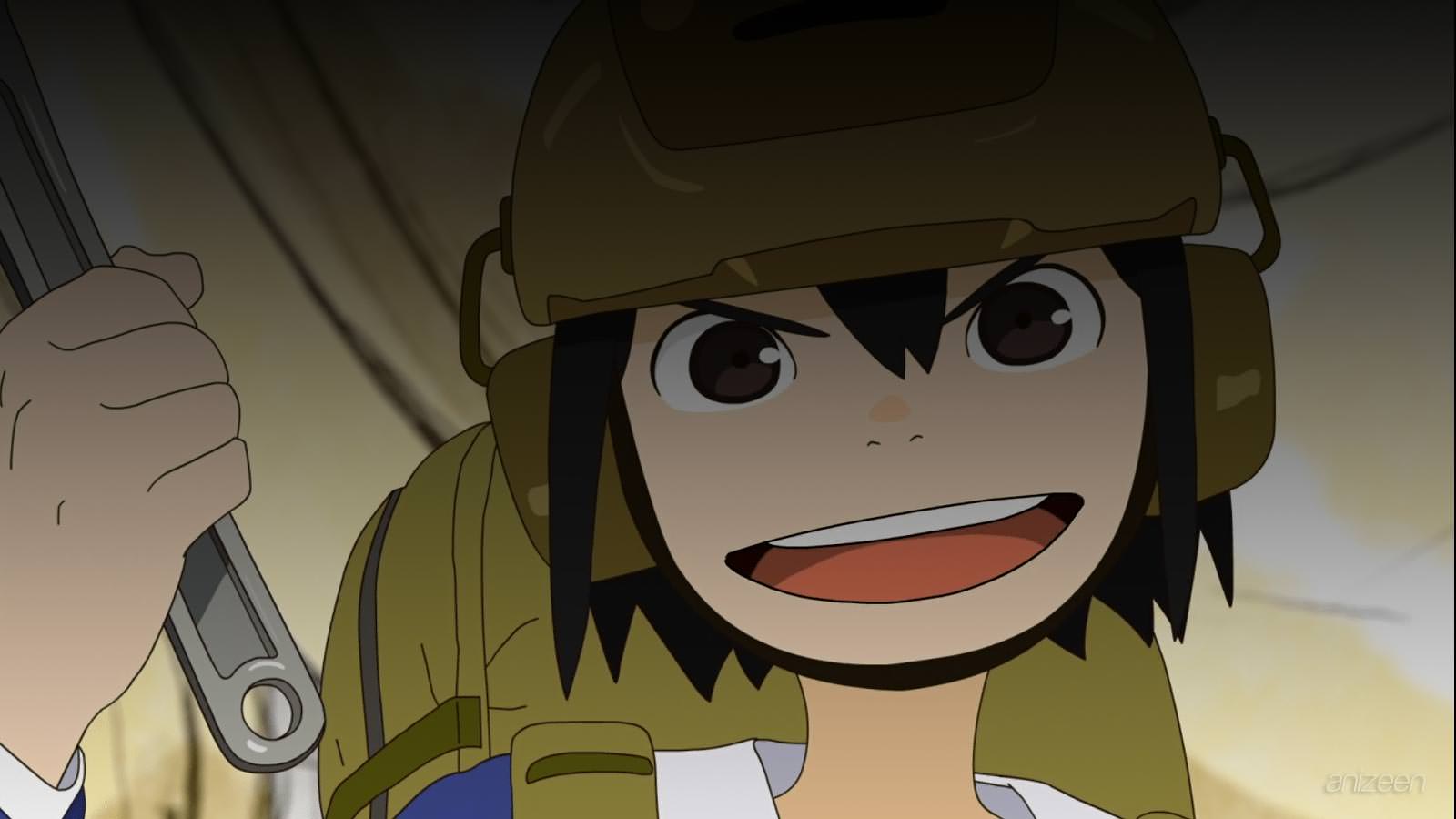 As a child, Midori’s family moved to the city, she is quickly drawn to the architecture, the colors and the citizens. One night, during a storm, she has to stay home while her mother goes out, she was used to anime, however, she never realized how beautiful it could be.

After that, she lets her curiosity and imagination take control, and it is not unusual to see her drawing with a sketch book. And for many years, she has been drawing about a great world, with her mind set into making an anime out of it.

Now in high school, she decides to participate in the anime club, and tries to convince her friend Sayaka to join with her, however, her friend is not too excited about it. She’d prefer to do something interesting, where cash is involved.

Either way, both friends attend a club screening, and Midori is excited to describe her friend all about the series concept and art. Making anime is a serious business and Sayaka begins to understand about it.

Minutes later, Tsubame, a renowned celebrity at school enters and tries to watch the anime, but some of her father’s employees enter, trying to stop her from joining the anime club. After all, her parents are actors, and she is expected to become one as well.

As she tries to escape, she spots Midori, who is wearing a hat, Tsubame asks her to lend if for some minutes and runs away.

Midori and Sayaka decide to run after her, thinking she might be in troubles, somehow, he are able to distract the pursuers and the three girls run downtown. There, Midori take Tsubame to a local laundry, where she can clean up her clothes.

Sayaka seems quite clever, and as she begins to question Tsubame, she realizes that Midori could join her talent with Tsubame’s and do something together, and, in the process, Sayaka might find a way to make some money.

Tsubame is actually talented and her drawings seems to fit the concept drawn by Midori. As the girls talk, the hours pass by, something interesting is about to happen.