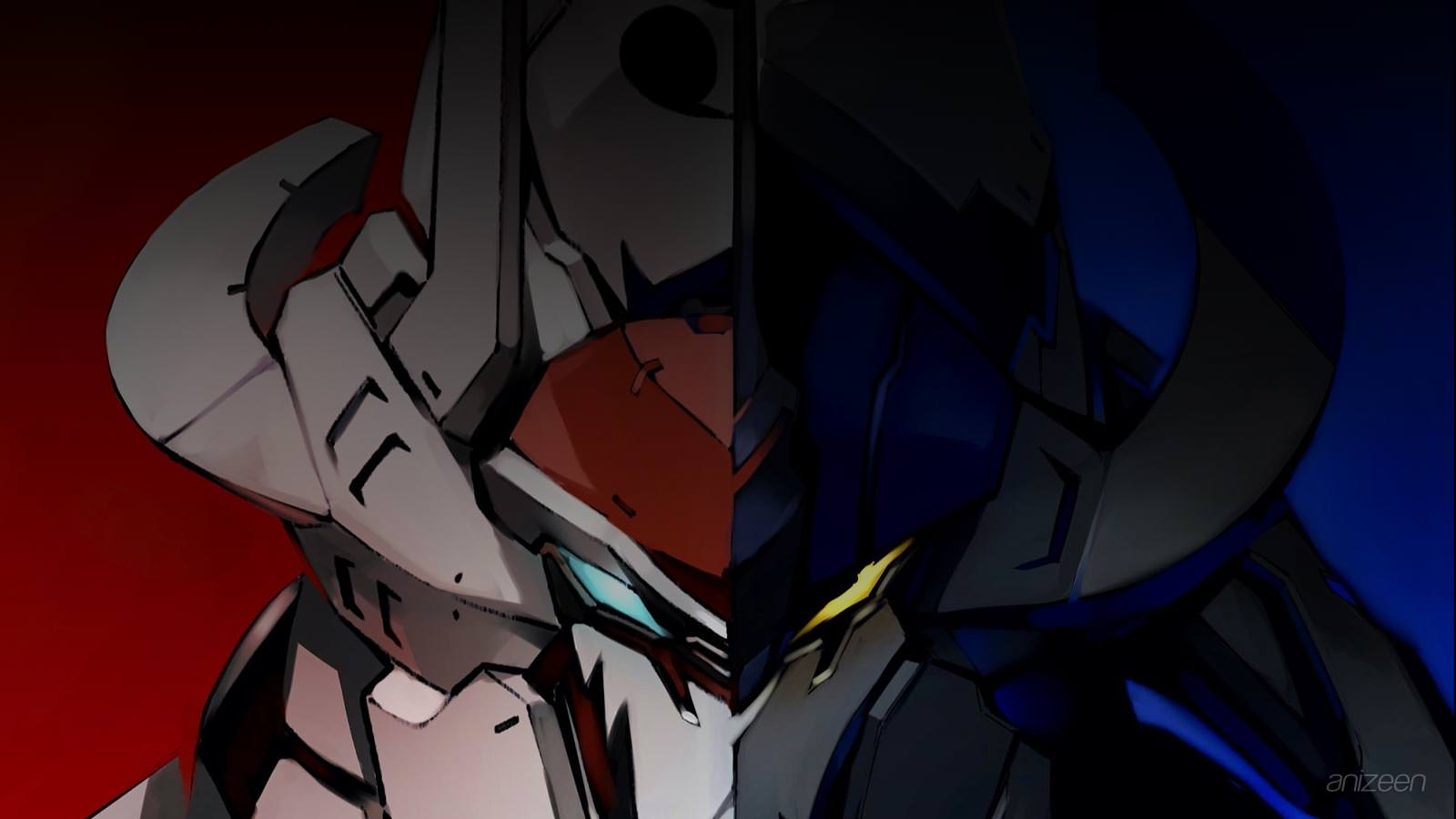 Kouichi is always being tormented by other kids. But what he hates the most is that his friends keep on saving him against his will. Kouichi believes that he is actually a uper-hero with yet-undiscovered powers, and if left on his own he will eventually find his destiny.

At the same time that Kouichi is off on an errand, a UFO is racing down to Earth despite the efforts of various agencies to stop it. The UFO and Kouichi come together in some woods with a big blast, after that, Kouichi wakes up with blood all over his clothes, a naked girl is unconscious on the ground next to him, and a giant mecha looking down at both of them. Kouichi doesn’t notice the blood on his clothes, but he does notice the girl’s chest, and covers her with his shirt before he carries her off to his house.

On the way home the girl awakens and has lost her memory. But when she sees more giant mechas destroying the city in the distance the girl remembers that she is supposed to fight them and runs off in some borrowed clothes, with Kouichi chasing after her. They are then almost killed when they wander into the field of battle, and one of Kouichi’s friends shows up to save them again. But as the friend is about to sacrifice himself for Kouichi, Kouichi gets ticked off and demonstrates some impossible strength to save the day.

At that point the girl remembers that her name is Emi and tells Kouichi that he can fight along with her. Kouichi gets an instant personality transplant and becomes a psychotic egotist who now wants to take on the world. Emi takes Kouichi’s hand and puts it on her, Kouichi calls out the word – Linebarrels – and a giant mecha appears.

Kouichi picks up Emi, jumps up into the cockpit of the mecha and proceeds to wipe out the other mechas that had been destroying the city. Afterwards, while Kouichi is joyfully raving about his new found powers, Emi kills the party by suddenly mentioning to Kouichi that he is dead.

Kouichi Hayase is the pilot of the titular Machina robot, Linebarrel. He was often bullied as a child, and was thus often protected by his two childhood friends. When the accident from three years ago resulted in him receiving superhuman abilities, it eventually turned him into an arrogant and aggressive individual, who disliked being protected. Liked by the entire student body, and viewed as a model student by the teachers, Kouichi secretly hid his more aggressive personality and became the leader of those who used to bully him.

Emi Kizaki is a mysterious girl who knows nothing of her past besides her own name. Her past seems to be connected with Linebarrel, however, and she is later revealed to also be Linebarrel’s Factor. When she pilots the robot, its usual white-colored armor changes to black.

Reiji Moritsugu is the chief of JUDA’s Special Task Force, and pilot of the short-ranged combat Machina, Vardant. Excelling in intelligence, leadership, and physical strength, he is an expert in battles, never losing his cool and always making sound judgments.

Satoru Yamashita is a Factor in the Special Task Force, Satoru pilots the long-ranged combat Machina, Hind-Kind. She holds Moritsuga in high regard, and follows his orders without question. Possessing a very aggressive combat style, she considers Factors to be murderers, though she, herself, dislikes and avoids taking the lives of others.

Shizuna Endo is the older twin sister of Izuna Endo, and co-pilot of the non-combat Machina, Deceive. Unlike her younger brother, Shizuna has a more brash and direct attitude. Due to their similar appearance, it is initially difficult to tell them apart until she uses the necktie pin given to her by Kouichi as a hairpin.

Izuna Endo is the younger twin brother of Shizuna Endo, and co-pilot of the Machina, Deceive. He shares his older sister’s feminine appearance, but has a more shy and reserved attitude compared to his sister’s. Since the twins were raised in various places throughout Japan, Izuna speaks standard Japanese while his sister speaks in a Kansai dialect.

Kunio Ishigami is chief manager of the JUDA corporation, Ishigami often has an eccentric personality, but sometimes has a very intimidating disposition. He takes a special interest in Kouichi and recruits him into JUDA. Later in the series, he is revealed to have been the former leader of the Katou Organization.

Kurogane no Linebarrels
(鉄のラインバレル)
Is an ongoing Japanese manga series created by Eiichi Shimizu and Tomohiro Shimoguchi. The series was first serialized in Akita Shoten’s monthly shounen manga magazine, Champion Red, in 2004. It has since been compiled into ten tankoubon, as of September 19, 2008. The story centers around Kouichi Hayase, a fourteen-year-old boy living a mediocre life until an accident turns him into the pilot of a gigantic robot called “Linebarrel”, as well as lead him to encounter a mysterious girl. An anime adaptation of the manga series was announced in the February issue of Animage magazine. The anime is directed by Masamitsu Hidaka and animated by Gonzo. Though the world premiere of the first episode took place at Southern California’s 2008 Anime Expo, the series premiered in Japan on the television network TBS on October 3, 2008.
OP
1. “Kitei no Tsurugi” ~ ALI PROJECT
ED
1. “Ame ga furu” ~ Maaya Sakamoto; “Remedy” ~ Maaya Sakamoto
WEB