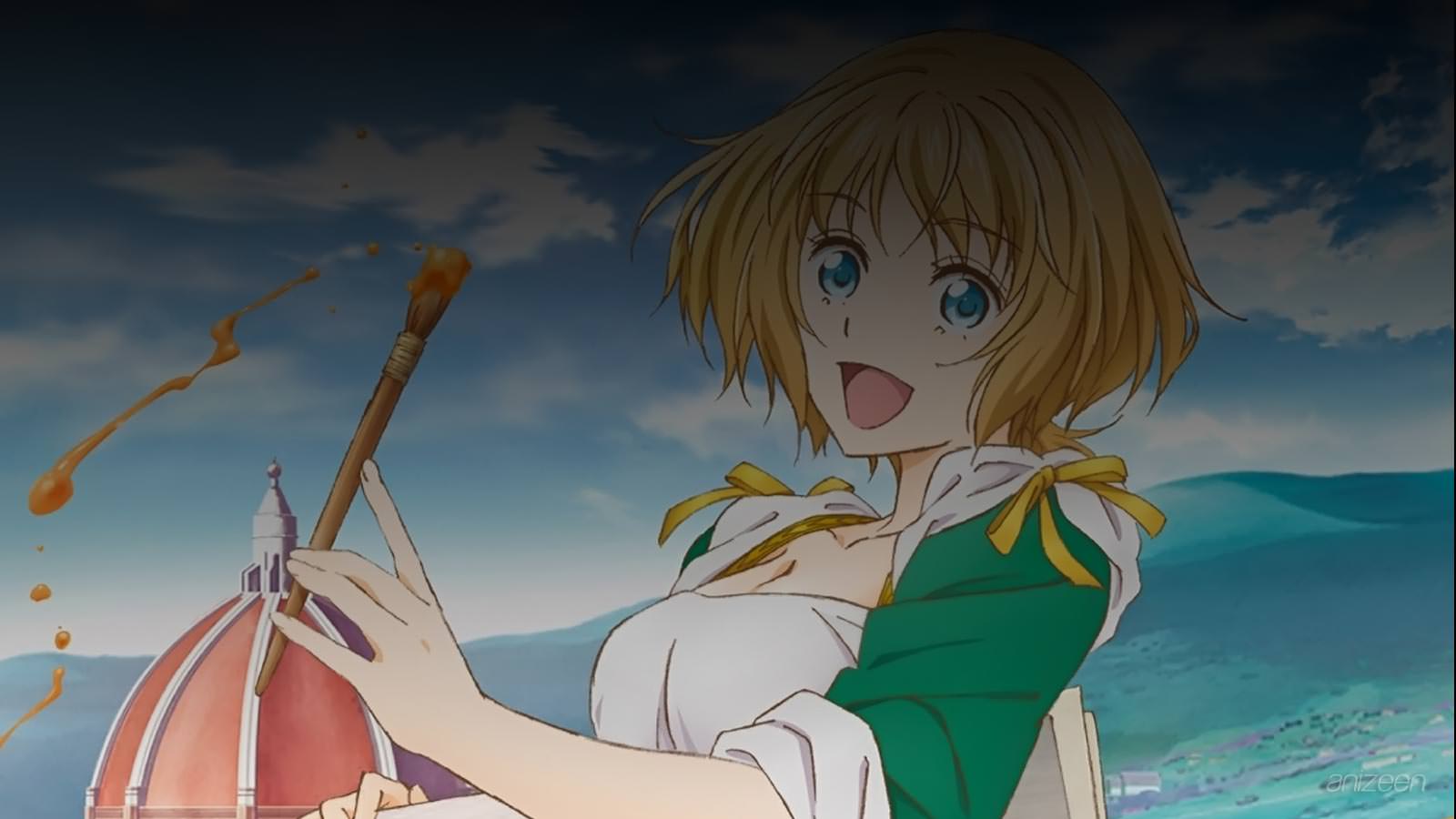 It is the early 16th century, and we are in Florence, Italy, considered by many as the birthplace of the Renaissance. In that time, art was flourishing, and noble families had a particular appreciation of it.

There, we meet Arte, the only daughter of a noble but not so wealthy Spalletti household. Since her childhood, her father instilled in her a love for the fine arts, she was tutored many years, and for some reason, she was able to smile constantly.

For Arte, life was perfect, until the day her father lost his life, since then, her mother has insisted that she drops art and begins to consider marriage as an option for her future.

One day, as Arte draws a bird outside her window, she sees her mother piling her drawings and set them in fire. The young woman cannot understand her mother and decides to face her future in a nontraditional way.

As you might imagine, at that particular moment in time, women were not allowed to participate in many activities, and art was one of them.

Arte decides to grab some of her best drawings and search to become an apprentice in the city, however, as a girl she is immediately rejected, and as a noble, somehow, she is despised by other artists.

She is running out of options, she is thrown out of a workshop, and she loses her mind, asking them what is the problem, if it is because she is a girl, then she would stop being one. At that moment, she cuts her hair and starts to throw tantrums.

Suddenly, she is stopped by Leo, an art master who has no apprentices learning under his guidance, and he ends up, unwillingly listen to her. At his workshop, he decides to take a look at her work, that alone, has made Arte very happy.

He asks her why she wants to become an artist, with a shy answer, she simply says she loves drawing. Leo does not want to listen anymore, however, he might take advantage of her and prove she is just a spoiled rich girl.

Leo makes her prepare 20 canvas for painting, it is an arduous and tedious process, actually, a skilled apprentice would only be able to prepare a fraction, however, despite the pain, Arte has a deeper objective and ends up doing the work.

The next morning, Leo is amazed she did not run away, and tell her he had no intention of letting her become an apprentice. Arte is not mad, as he thanks him for the chance, she tells him the real reason for her to become an artist, at that moment, Leo seems to understand and finally agrees to teach her.