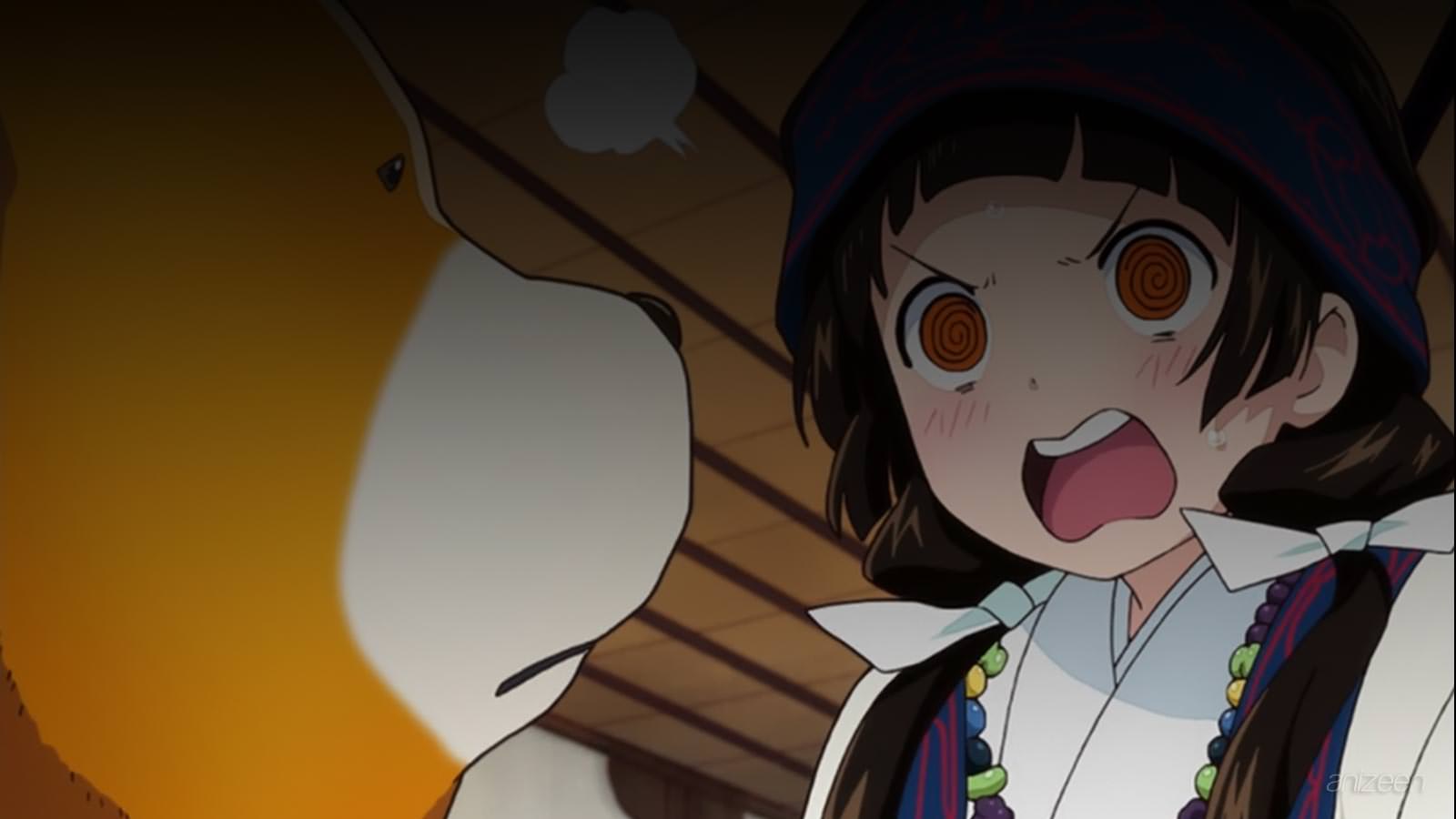 Deep in the forest, there is a nice shrine, Machi Amayadori is a young priest that takes care of it. But she has had enough, she has never had a friend of her age, and she is a bit bored about the routine.

Machi has decided to attend high school in the city, but she has a little problem, she is in charge of the shrine, and its deity, a big bear named Natsu. One day, she offers him a meal and tells him about her intentions.

The city is two hours away, and Natsu simply thinks she can’t handle such journey on a daily basis. But Machi is determined, even if Natsu says the city is dangerous, not for those unprepared and shy.

Natsu believes Machi has grown into the mountains for so long, and that it would be impossible for her to live in a crowded environment. But Machi is sick of being isolated, she has no place to have some fun, and feels that people is not friendly to her.

Natsu understands that Machi has grown up, and that she can make her own decisions now. She is no longer the crybaby she used to be. But he can’t believe they’d have to part ways like this.

But before she makes any decision, he decides to test Machi’s knowledge about the facts of living in the city. If she gets any answer wrong, he asks her to attend a local school. She complains immediately, but Natsu has the edge and ends up making fun of her.

Later that day, Machi’s cousin Yoshio, is on his annual village visit to Kumade with some children. He wants them to know about the history behind the town, and its shrine.

Basically, to become a villager, you must learn the true story behind, and of course its secret. But once Yoshio says that bears can talk to humans, the kids think he is crazy. At that moment, Natsu appears from behind to scare them.

Machi is completely embarrassed about the lecherous story behind, and doesn’t want to show her face to the children. But ends up dragged into it and apologizes for the inconvenience.