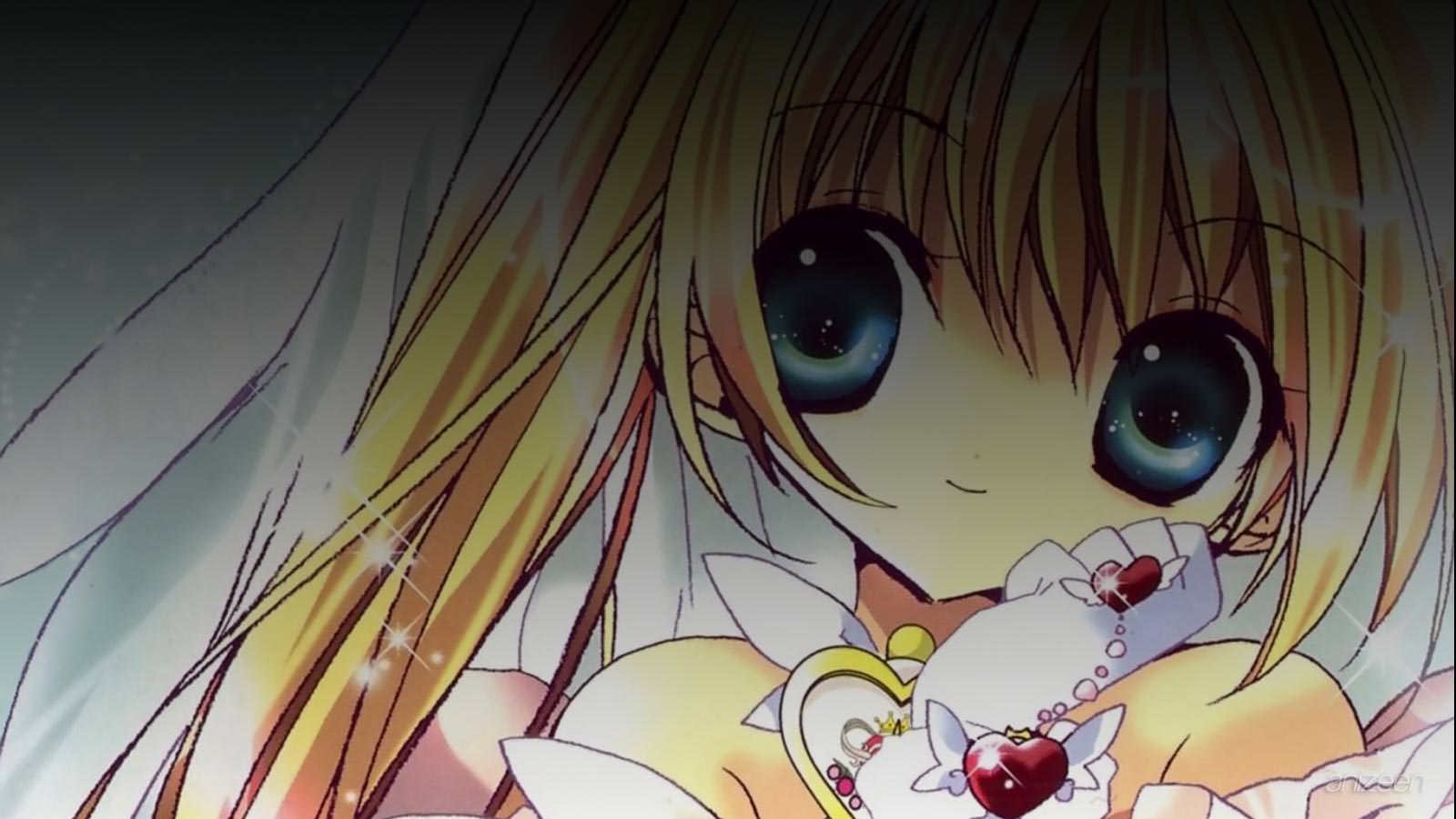 Karin Hanazono is an orphan, living with her relatives. Her life has never been easy, her studies are not well, she is not the best in sports and technically she is miserable.

But after the death of her beloved cat Shi-chan, her luck changes. Left with only a ring as a memento from her departed mother, she suddenly finds her life changed.

Karin soon discovers that her mysterious pink ring, can help her transform into a little goddess with the help of Athena.

On that night she met a strange boy, Kazune Kujyou. After that event, she experiences several mysterious incidences that soon led her to find out that she is a little goddess.

Finding others like her she soon sets out to understand herself better as her mysterious powers grow and she becomes beset by opponents.

Karin is has no talent in studies and sports she is always scolded by her aunt. In those times her cat Shi-chan was a pillar of support but a few months prior, Shi-chan died. Karin moved in with Kazune and Himeka after they found out about her goddess powers. She is an outgoing person, and sticks up for her friends.

Kazune Kujyou is the clone of Himeka’s dead father Kuzuto Kujyou. He is the sun god, Apollo, and is extremely powerful. While Himeka loves bugs, Kazune hates them, partly due to his fear of them. He is a very straight forward person. He is in love with Karin as she is his wife, and he forced her to kiss him.

Kamichama Karin
(かみちゃまかりん)
Is a Japanese series originally written by Koge-Donbo about a twelve year-old girl named Karin who finds out that she is actually a goddess. The series began as a manga first serialized in January 2003 in the Japanese shoujo manga magazine Nakayoshi published by Kodansha. While the first manga series ended at seven bound volumes, a second entitled Kamichama Karin Chu began serialization in the same magazine in July 2006, and as of April 2007, three bound volumes have been released. Kamichama Karin has been licensed in the U.S. and Canada by Tokyopop. An anime of Kamichama Karin debuted in Japan on April 6, 2007.
OP
S1. “Ankoku Tengoku” ~ Ali Project
ED
S1. “Anemone” ~ Mai Nakahara
WEB