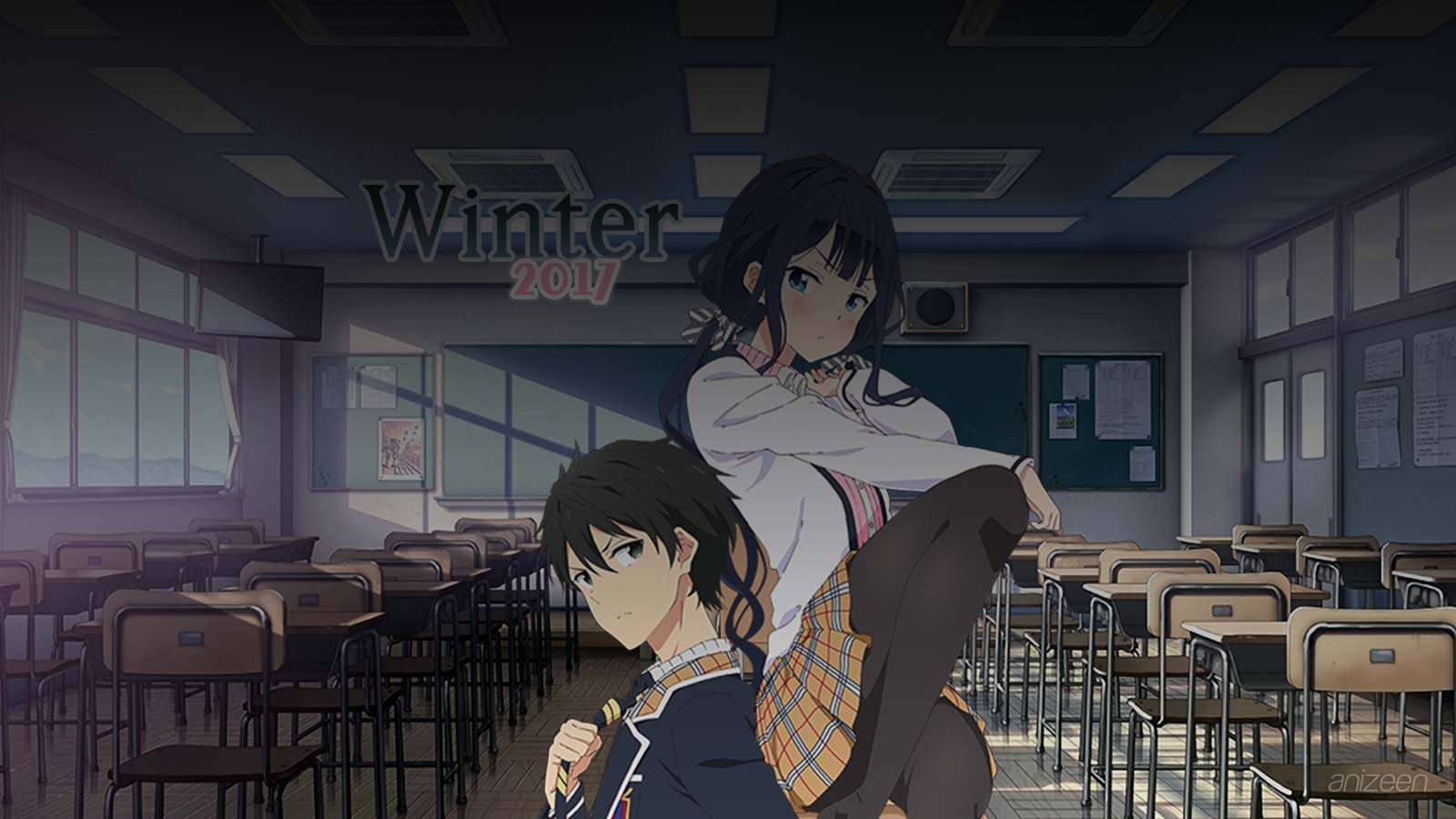 A new year has come, for many of us, 2016 was not perfect, but that won’t stop us from doing something good in the future. No matter what lays ahead, we look onward to have a better time during 2017.

In terms of anime, the Winter Anime Season 2017 seems to have a good lineup, including known series and characters that might draw our attention right away.

First, let’s meet Masamune Makabe, a young man who was bullied for a long time by a particular girl, Aki Adagaki. Now, after many years, he has managed to transform himself. In Masamune-kun no Revenge, he is a new man, good looking, popular, smart and athletic. And its time for him to confront the girl who made him miserable during his childhood.

Meanwhile, in Urara Meirochou we will understand better what a diviner, or uranaishi, is. In an old town, uranaishi from all over the country gather to learn, and they all dream to become the best, known as Urara. Chiya, has come to town, as many other, she dreams on becoming Urara, but she wants to achieve something else, and her new friends will help her.

Now, I don’t want to center in politics, but once I saw the promotional of Youjo Senki, it reminded me someone with small hands and a big ego. But in the anime, it’s a girl named Tanya Degurechov, fighting in the middle of a war, who has a bizarre personality, and will become the most dangerous threaten to the world. Still, sounds familiar, I have no idea why.

Back in a more pleasent world we find Hiromi, who has moved from Nagasaki to Kamakura. Now, after many years, she has to ride her bike to school, and she is uneasy to do it. Fortunately for her, she will meet Tomoe, together, they will practice and start a new life together.

Meanwhile in a different world, ajin, or demi-humans have been alongise humans for a long time. But they have never been accepted, but in recent years, everything is changing. Tetsuo Takahashi, a biology teacher, has always been interested in ajin. Now, after four years, he will become teacher of four demi-humans with incredible powers and sweet personalities.

And if you need a big personality this season, somehow I believe you’ll find it in Kobayashi-san Chi no Maid Dragon. Kobayashi is an average office worker, with a boring life. She lives alone, until one day when she is able to help and save the life of a dragon named Tohru. Now, Tohru is tied to Kobayashi, and she will do anything for her new master. And Thoru decides to move with Kobayashi and becomes her new maid. Fortunately, Tohru can transform into an adorable human girl.

Then, in Kuzu no Honkai we find the perfect couple with Mugi and Hanabi. Or at least that’s what everyone at school believes, and for some reason they start dating. But deep inside they are betraying their heart, after all, both have different romantic interests in mind, but being together helps them soothe their loneliness. Can they grow closer together?

In terms of OVA, some might want to check Hatsukoi Monster (2017), Super Lovers (2017) or Super Danganronpa 2.5: Komaeda Nagito to Sekai no Hakaisha.

Anf if you like movies and are lucky enough to watch them first hand, we envy you! So take a peek at Suki ni Naru Sono Shunkan o. Kokuhaku Jikkouiinkai and Pop in Q might be the pick to end 2016. And Koutetsujou no Kabaneri Soushuuhen, Kuroshitsuji: Book of the Atlantic, Uchuu Senkan Yamato 2202: Ai no Senshi-tachi, Gekijouban Sword Art Online: Ordinal Scale and Gekijouban Soushuuhen Overlord to continue the season.