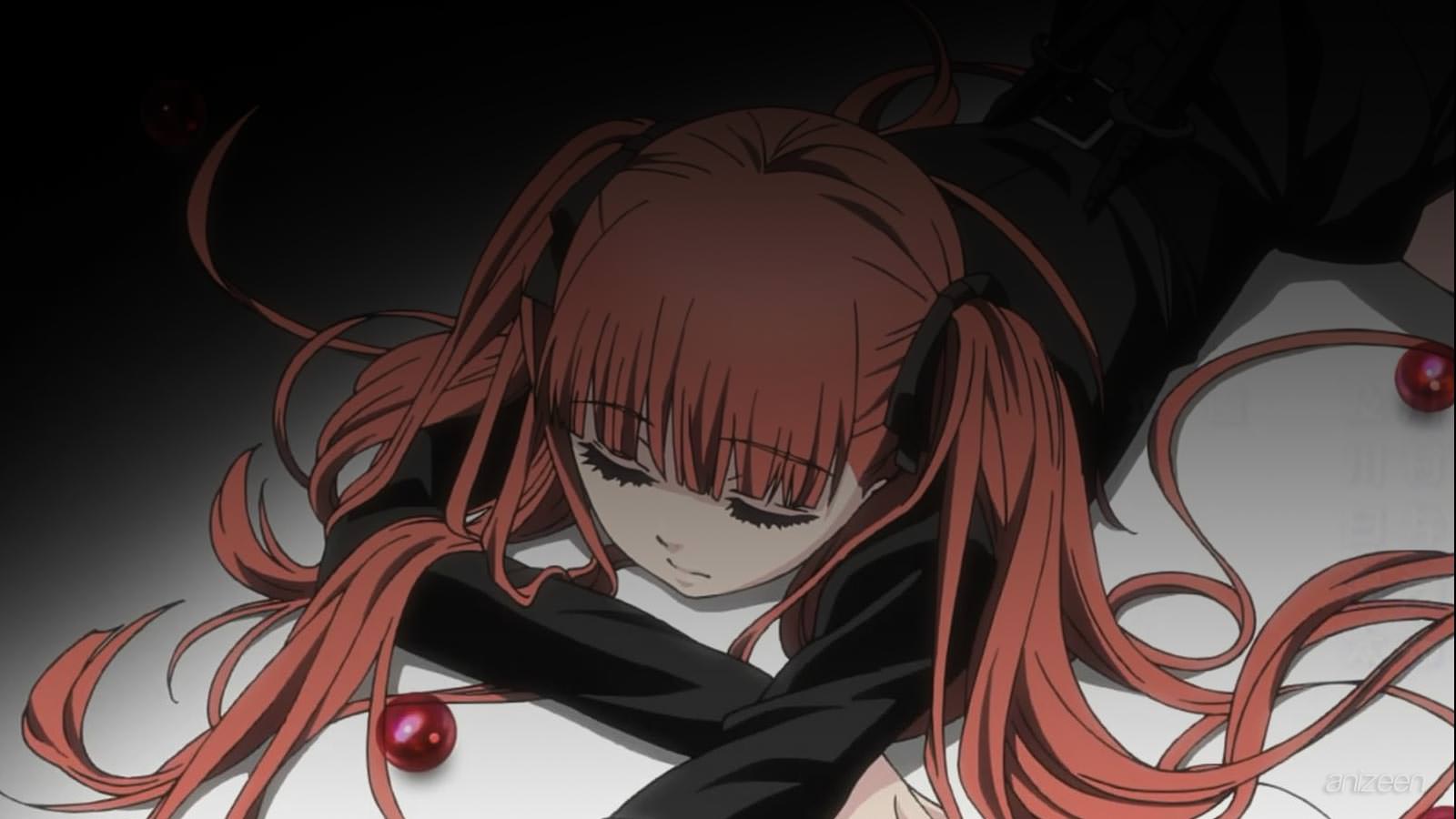 We are in the far away Regalo Island, where some strangers have been caught robbing some merchandise. Nova appears and warns the smugglers that they were caught and will be taken away.

The robbers don’t wait much longer and prefer to run away, Libertà, one of Nova’s peers comes to help. As they chase, more members of the Arcana Famiglia appear. Among them is Felicità, the one-and-only daughter of ‘Papa’ Mondo, the leader of the organization.

The Famiglia is made up of people who have made contracts with the Arcane cards, with that, they have all received special abilities. Due to emotions, Felicità has the ability to read the heart of other persons. And she is able to see what the Famiglia members expect from her.

Especially tonight, as they all gather to celebrate Mondo’s 59th birthday. Luca, her personal butler comes to her room expecting her to be wearing a party dress; instead, she is wearing her common clothes. Luca tries to convince her to change her clothes but has no luck at all.

Down in the party, the other Famiglia members also tell Felicità they wanted to see her wearing a dress. Due to her abilities, she is able to see what Nova and Libertà wanted to see.

Anyway, the party continues and Papa Mondo shows up greeting everyone. Now, Papa has decided it’s time for him to retire and give up his seat to a new male who has control over an Arcane.

To decide who in the Famiglia gets his seat, he calls for a tournament, Arcana Duello, between the Arcane users. The winner, he promises the ‘Papa’ seat, a wish of the winner’s choice…and his daughter’s hand in marriage.

Refusing to accept this, Felicitá decides to fight to choose her own path, unfortunately for her, she defies her father and ends up beaten. Libertà gets really mad and also ends up humiliated and with nothing less to do but fight in the Duello.

Felicità is the only daughter of Arcana Famiglia’s leader, Mondo, as well as the leader of Sword. Mondo’s daughter. She is the holder of The Lovers arcana, which gives her the ability to read the hearts of others. Having been raised by a strict mother from a young age, she is harsh on herself and on others. However, she retains some ladylike features thanks to the influence of Luca, her attendant. She is always with her owl whom she calls “Fukurota”.

Libertà is one of Felicitá’s childhood friends. He calls her “Ojou”. He loves masked heroes and admired Dante very much. A boy who is always curious and loves new things. He believes himself to be a Man of the Sea, and he’s even more impulsive than Felicitá. His memories got sealed by Dante because of his Arcana power went uncontrollable and he was also the reason why Dante went bald.

Nova is also one of Felicitá’s childhood friends and her cousin. His Arcana sign is on the back of his neck and his power is to put people in sleep. He is talented despite his young age and because of this, stands at the top of his division. He put his parents into a deep eternal sleep when he overheard them plotting rebellion against Mondo, so Nova would be the leader instead.

Debito is a bipolar captain of the Coins who hates to be tied and loves to flirt, including with Felicitá. He has a foul mouth, but he’s actually a good big brother figure. He covered his right eye with a eyepatch to cover his artificial eye, made by Jolly.

Pace loves lasagna very much and has very bad eyesight. He is the captain of the Wands, and is the cheerful moodmaker of the Family. When the Head Captain is away, he also acts as Substitute Captain, which involves handling negotiations and managing the different divisions and the civilians, though usually he uses his fist better than his mouth.

Luca is Felicitá’s personal butler. He, Debito, and Pace are old friends. He is Jolly’s pupil as well as his son. He’s been taking care of Felicita ever since she was a child. He’s amazing at all things domestic, including cooking.

Dante is the Head Captain, a former pirate who was taken in by Mondo. A very reliable and one of the most trustworthy people in the Family, and made him very popular with the people. He’s like a father to Liberta since the time he saved him. His Arcana Mark is on his head.

Jolly is Mondo’s right-hand man, and the second highest ranking member in the Family. The family’s counselor but because of his cold-hearted and emotionless actions and words, almost everyone on the island avoids him as the very incarnation of terror. He is also the best at Alchemy on the island.