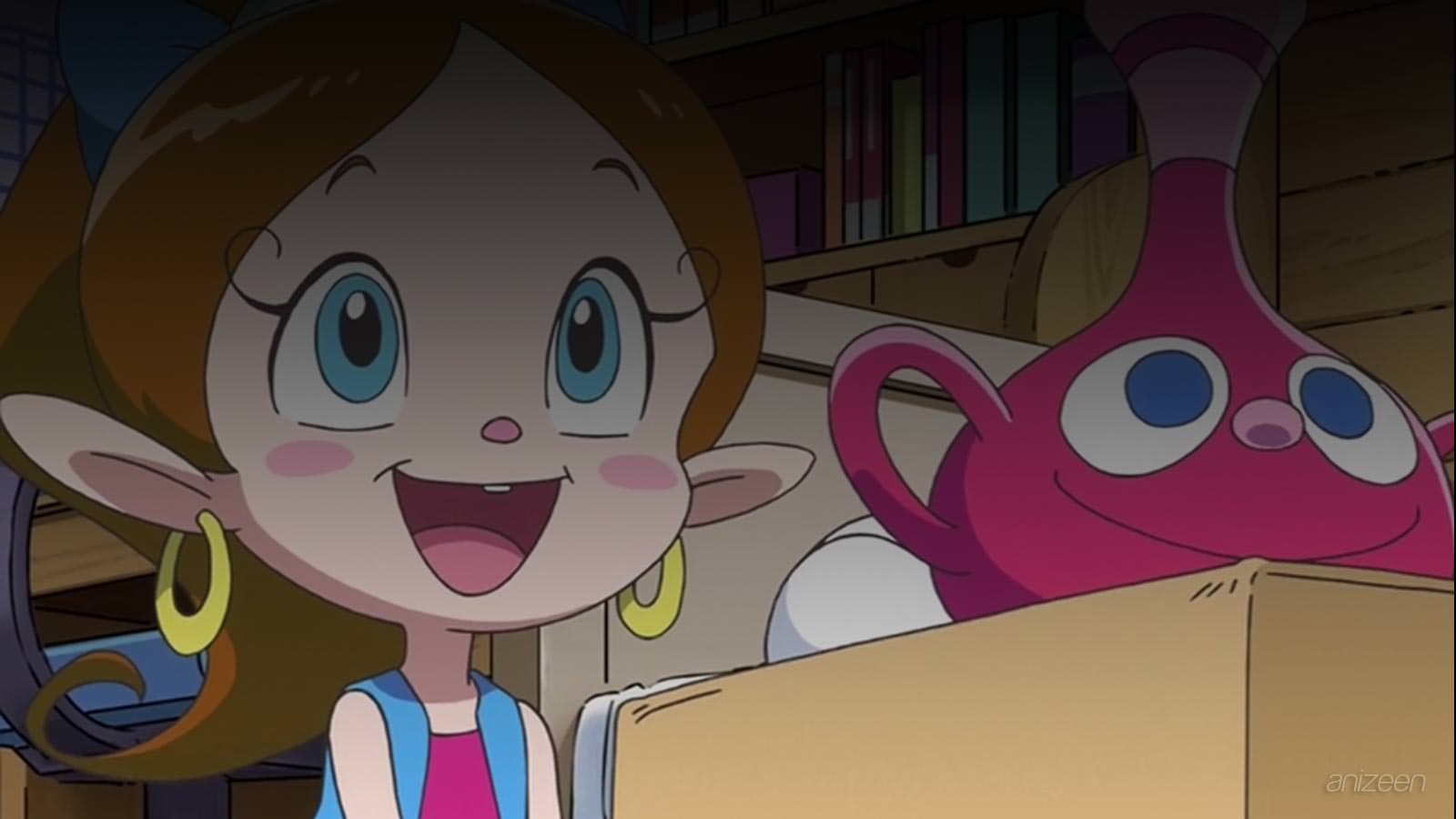 Believe it or not, 50 years have passed, and Hakushon Daimaou still fondly remembers the time he spent on earth with Kan-chan.

Now, it is time for Akubi to prepare herself to inherit the throne from his father, and he considers it is important that she has an experience similar to his so many years ago.

She is eager to undertake this new adventure and give her best so that her dream and destiny finally come true.

Meanwhile, on earth, we meet Kantarou, Kan-chan’s grandson, a calculating student who has spent his last years optimizing his time to do nothing, yes, just as it sounds. So, at school he tries to hurry and usually finishes his homework during homeroom, and once at home he can rest or do whatever he wants with his time.

Suddenly, a messenger arrives with a package for him, intrigued, he decides to open it and finds a strange lamp inside, he thinks it is a joke and puts it aside, but once he yawns, something happens and the lamp show its power.

Akubi appears, ready to fulfill Kantarou’s wishes, but he is not enthusiastic at all. And when he sneezes, the lamp reacts again, this time, Hakushon Daimaou appears ready to start a new adventure.

However, despite the genies’ emotions, Kantarou is not easily surprised, and apparently, the young man has no aspirations beyond going to school, after all, he considers that technology has advanced so much that it is not worth worrying about the future.

Hakushon Daimaou tries to surprise him with an immense library filled with manga, and Kantarpu tells him that he can read everything using his smartphone.

In the end, they force Kantarou to leave his room and try to do some physical activity, but Hakushon Daimaou discovers that the parks are not like they used to be, and neither are the children, and he is immediately reprimanded by the authorities.