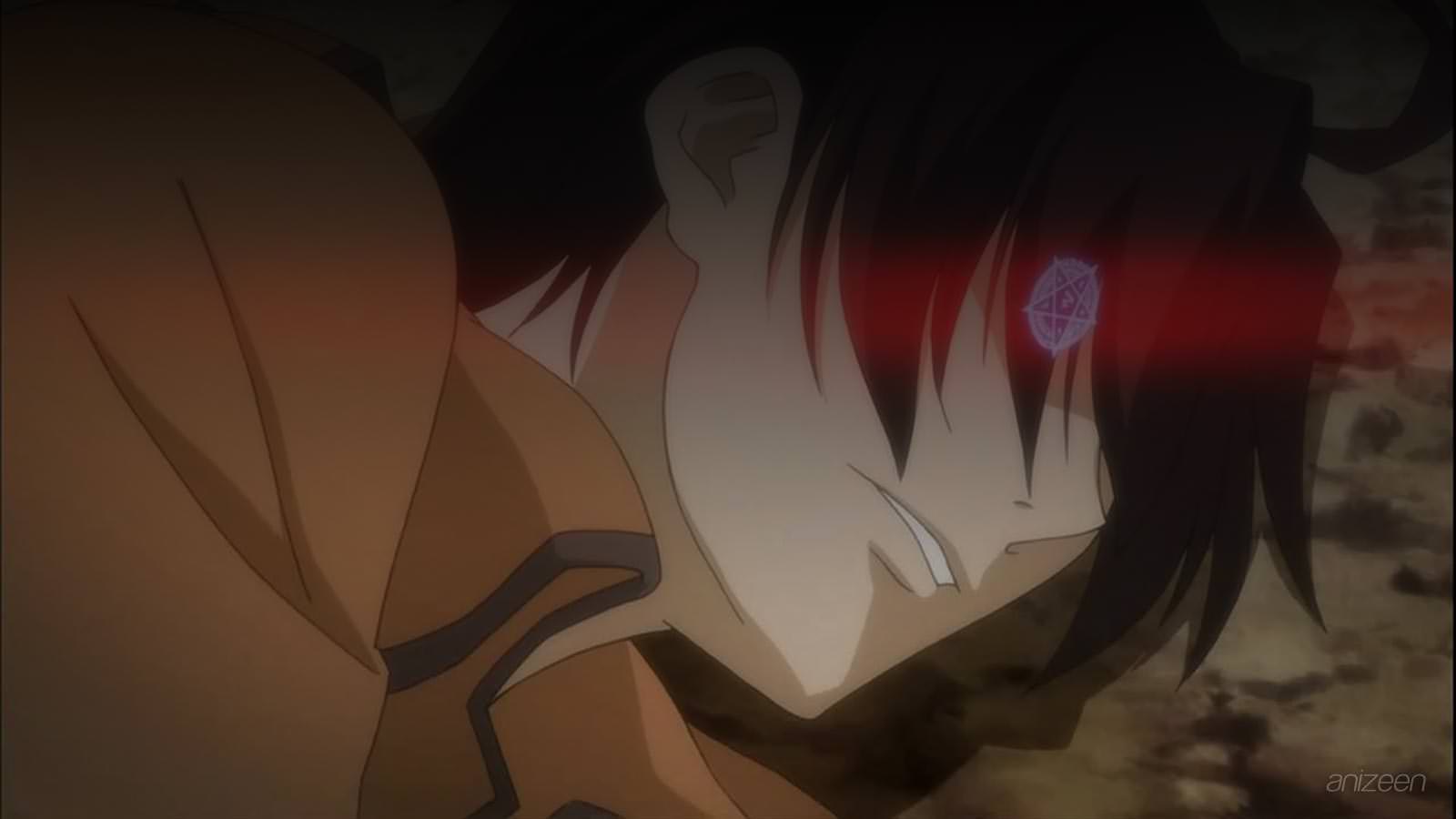 Ages ago a group of demons threatened the whole world, only to be saved by a man known as the Legendary Hero. He was the wielder of a new power known as Alpha Stigma.

After the war, Ryner sets out on a journey to search the relics of a “Legendary Hero” at King Sion Astal’s command and finds out that a deadly curse is spreading throughout the continent.

Ryner is a wielder of this Alpha Stigma, who’s on a quest from his home country of Roland for artifacts of the Legendary Heroes. He’s accompanied by Ferris, a girl who knows how to handle a sword.

They’re secretly being followed by a talkative, troublesome girl, Captain Milk Callaud. Turns out she’s after them because they’re “fugitives and users of illegal magic!”

Meanwhile, back in their own nation their king, Sion Astal, strives to unite the world. While everyone seems to love him Ferris refutes his depiction as a hero, but as a demon and usurper instead.

Ryner Lute is naturally talented in magic, hand-to-hand combat, arts of assassination, ancient lore, languages and symbols, and the bearer of Alpha Stigma, an ocular ability which grants him the ability to analyze various forms of magic. Because of this ability, in a world where magic forms differs from country to country and is a closely guarded secret, he has learned and acquired magic originating from different countries through battles with their mages.

Ferris Eris who comes from a famous Swords-Clan designated to serve as guards to the King of Roland. Since young, Ferris had undergone numerous torturous training and was abused as a child due to her family practicing a dark tradition to keep its bloodline pure. Ferris is incredibly skilled in the sword, moves with inhuman speed and reflexes, and assigned by Sion to accompany Ryner on his quest to search for the “Relics of Heroes”.

Sion Astal is son of the previous king and a lowly commoner, now, he is the current king of Roland. While enrolled at the Roland Royal Special Military Academy, he got acquainted with Ryner. He vowed at a young age to become king so he can fix this corrupted world. Sion is well loved by his people and his servants, and considers Ryner to be his best friend. However, within his own court, he has to deal with numerous antagonistic plots.

Milk Callaud is the captain of one of the Roland taboo hunter teams. Made a promised with Ryner many years ago in their orphanage to marry him, Ryner of course does not remember this. Was sold to a noble’s house soon after.
More at: Wiki

Densetsu no Yuusha no Densetsu
(伝説の勇者の伝説)
Is a Japanese light novel series by Takaya Kagami, with illustrations by Saori Toyota which was published by Fujimi Shobo in Dragon Magazine from February 25, 2002 to October 25, 2006, and has 11 volumes. Its sequel, began publishing in October 25, 2007 and currently has 8 volumes. The series has also spun off into other media including a Drama CD, a manga adaptation which currently has 3 bound volumes and a PSP video game which was released on February 18, 2010 on the PSP. A 26 episode anime adaptation produced by Zexcs premiered on July 1, 2010.
OP
1. “LAMENT ~Yagate Yorokobi wo~” ~ Aira Yuki; “Last Inferno” ~ Ceui
ED
1. “Truth Of My Destiny” ~ Ceui; “Hikari no Firmento” ~ Ayahi Takagaki
WEB

ED ~ Truth Of My Destiny