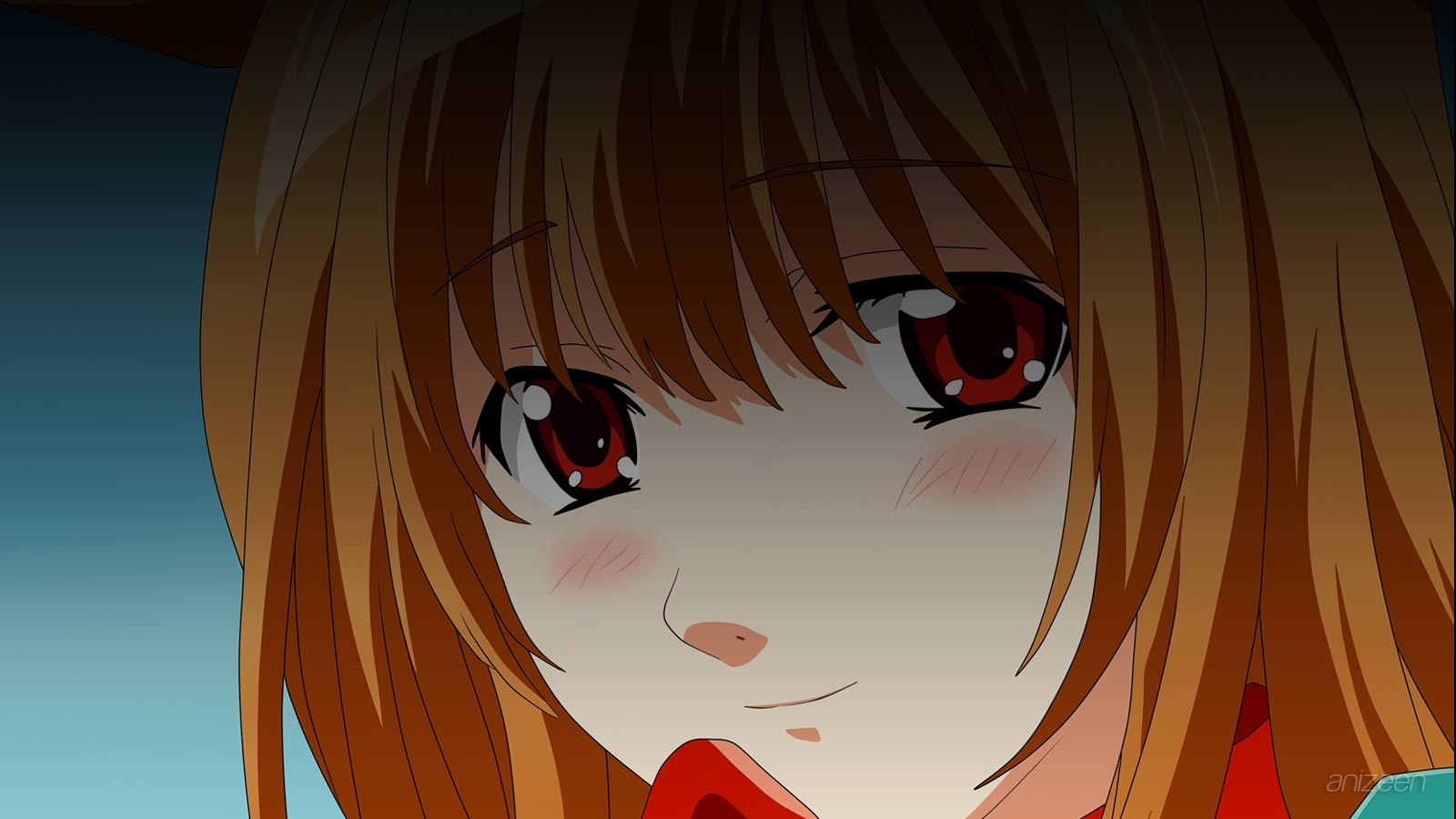 During a memorial service for one of his ancestors, Kio Kakuzu finds a girl sitting at the buffet table, she is peculiar at first sight, because she has cat ears and says she is an alien. The alien introduces herself as Elis, and the two have a short conversation before Kio accidentally drinks beer and passes out. The next morning, Kio wakes up with a hangover and finds Elis sleeping half naked next to him in bed. Kio’s startled cry wakes her up, and she heals his hangover with a handheld device.

Manami Kinjou and Maki Itokazu then visit Kio, and upon seeing Elis half naked and with cat ears and a tail, they misinterpret the situation, thinking that Kio brought a girl home and forced her to cosplay all night.

After discovering that Elis is an alien, they both abruptly leave without saying why. Kio goes on a walk to gather his thoughts and runs into Aoi Futaba, who asks Kio on a date. Aoi is interupted by a man in a car who she names as her Uncle.

Meanwhile, Manami wants to follow in her father’s footsteps in the CIA, Aoi is a Momiji for the Immigration Bureau of Japan, and Itokazu is the leader of an organization of SF fans called “Beautiful Contact”, and they are all given orders to eliminate Elis.

What will happen to Kio as he tries to help Elis?

Kio Kakazu is a kindhearted, yet sophisticated teenaged boy who is able to accept easily the proof that his new friend is an alien, and that both his other friends are secret agents. He knows how to handle firearms, though he isn’t sure what business his Uncle Yuichi is in to have them. He displays a strong sense of justice, and is willing to take action when he feels it’s needed. This sense, and his treatment of others, draws the attention of his female friends.

Elis is a 16 year old scout for the Catian people exploring Earth. She has easily befriended many people, and regular cats she has met on Earth. Initially most do not believe her to be an alien, but she shows Kio the proof directly with her technology, ears and tail. While she is learning the ways of Earth, she is also a competent fighter who employs strategies and technologies not seen on Earth. Her interactions with Kio are closer and more emotional, potentially due to the fact she is 16 and about to enter her first heat.

Aoi Futaba is a teenage girl who worked for the Immigration Bureau of Japan as one of their top agents before helping save Elis. She is now seen as a traitor so she lives at the Catian Embassy under its diplomatic immunity. She has the ability to teleport objects to her that lie within a 50m radius. Because of this ability her parents threw her out, leaving her to grow up on as she says “the other side of society”. She has a noticeable crush on Kio due to the fact he is the only person who ever treated her like a normal girl, but feels he would not like her due to her ability.

Manami Kinjou is a tomboy, childhood friend, and next door neighbor of Kio. Since she was young she wanted to join the CIA, where her room is filled with listening equipment and guns. She was in the CIA recruitment program operating under the supervisor codenamed JACK, but believes she is no longer a candidate after helping rescue Elis. She also lives at the Catian Embassy under its diplomatic immunity. She has feelings for Kio, but believes he sees her as just one of the guys and a firm belief that she “let her chance slip by”, so she roots for Aoi to get him before “that alien steals him away”.

Previous
Densetsu no Yuusha no Densetsu (2010)