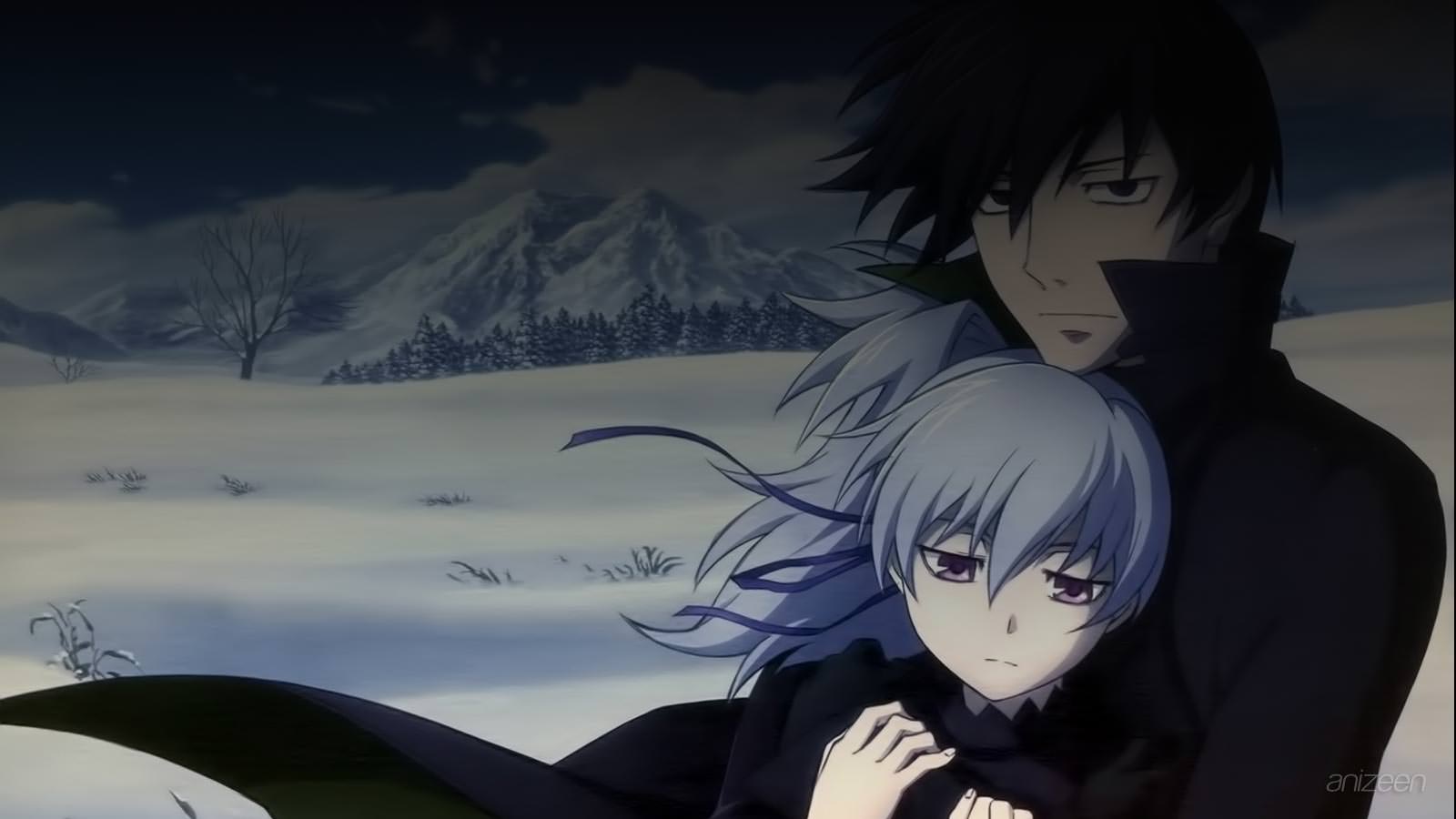 An inscrutable and abnormal territory, known as Hell’s Gate, appeared and caused Tokyo to lose its original sky. In response to it, people who possessed special abilities appeared. However, the cost of gaining those abilities is that those people lack almost all human emotions.

They are able to coldly murder other people and gained the fear of the populace, as well as the name Contractors. Intelligence agencies in countries around the world utilize their Contractors to uncover the secrets of Hell’s Gate and engage in violent battles of intelligence information.

Hei is sent to Tokyo under the guise of an ordinary Chinese student, Li Shunsheng, but he is in reality a top-level Agent and Contractor from the Organization with the code BK201, “The Black God of Death“.

Hei fights against other Contractors with unpredictable abilities and encounters and parts with women with sorrowful pasts. He also becomes entangled with the Japanese National Police Agency on the phenomenon of Hell’s Gate.

Within the normal society, he pretends to be a normal and timid Chinese student named Li Shunsheng who is staying abroad in Japan. He seems to loath Contractors as liars and murders, despite his own status as one.

He possesses the ability to generate and discharge electricity through solid and liquid media (i.e. he cannot discharge it through air), at suffeciently high amounts to kill grown men or short out a building’s electrical systems. His trademark weapon is a knife on a metal wire, which he uses as an offensive weapon, a grappling hook, or as a conduit through which to discharge his electricity.

Hei is an elite Contractor with the Messier Code BK-201. Hei plays a gentle-hearted student from China named Lee Shenshun, but when “working” he takes on the role of a seemingly apathetic and guiltless killer known also as The Black Reaper. Part of an organization of unknown ambitions known only as the Syndicate, Hei is searching for the whereabouts of his sister Pai, whom he lost several years ago when the South American gate imploded. Hei’s contract allows him to generate electricity, and he is hotly pursued by the Japanese government for his involvement in multiple assassinations.

Yin is a supporter in Hei’s team. Yin is a spirit medium known as a “Doll”. Very passive and speaking rarely, she is described as having no emotion and incapable of such processes (however as the series progresses she shows a slight human side with hints of emotion). Her primary function is to locate individuals, usually assassination targets, for the team as she has the ability to see anything near water when she is touching some.

Huang is a field supervisor. He is a human and only possesses strategic abilities. He has a general dislike for contractors and dolls and voices it regularly in spite of having to work alongside three of them. Huang passes down orders from the Syndicate to the rest of the team.

Mao is a Contractor who has lost his original body and now resides within that of a black cat. As the cat’s brain is not fully capable of containing Mao’s human conscience, a server is utilized to support some of it. If he were to lose contact with said server, he would become as a cat. Possibly related, Mao shows some proficiency as a hacker. His messier code is HM-432. A very practical character, he is very interested in watching Hei react to situations in an unorthodox manner.

Darker than Black: -Kuro no Keiyakusha-
(ダーカーザンブラック くろのけいやくしゃ)
Is an anime television series by Tensai Okamura and Bones. It premiered across Japan from April 5, 2007 on MBS, TBS, and its affiliated broadcast stations. The series is also slated to receive its satellite television premiere in Japan on Animax from May 2007. The music for the series is composed by Yoko Kanno.
OP
S1. “「HOWLING」” ~ abingdon boys; “Kakusei Heroism ~The Hero Without A Name~” ~ An Cafe eps 15-23,25
ED
S1. “Tsukiakari” ~ Rie Fu; “Dreams” ~ HIGH and MIGHTY COLOR eps 15-24
WEB