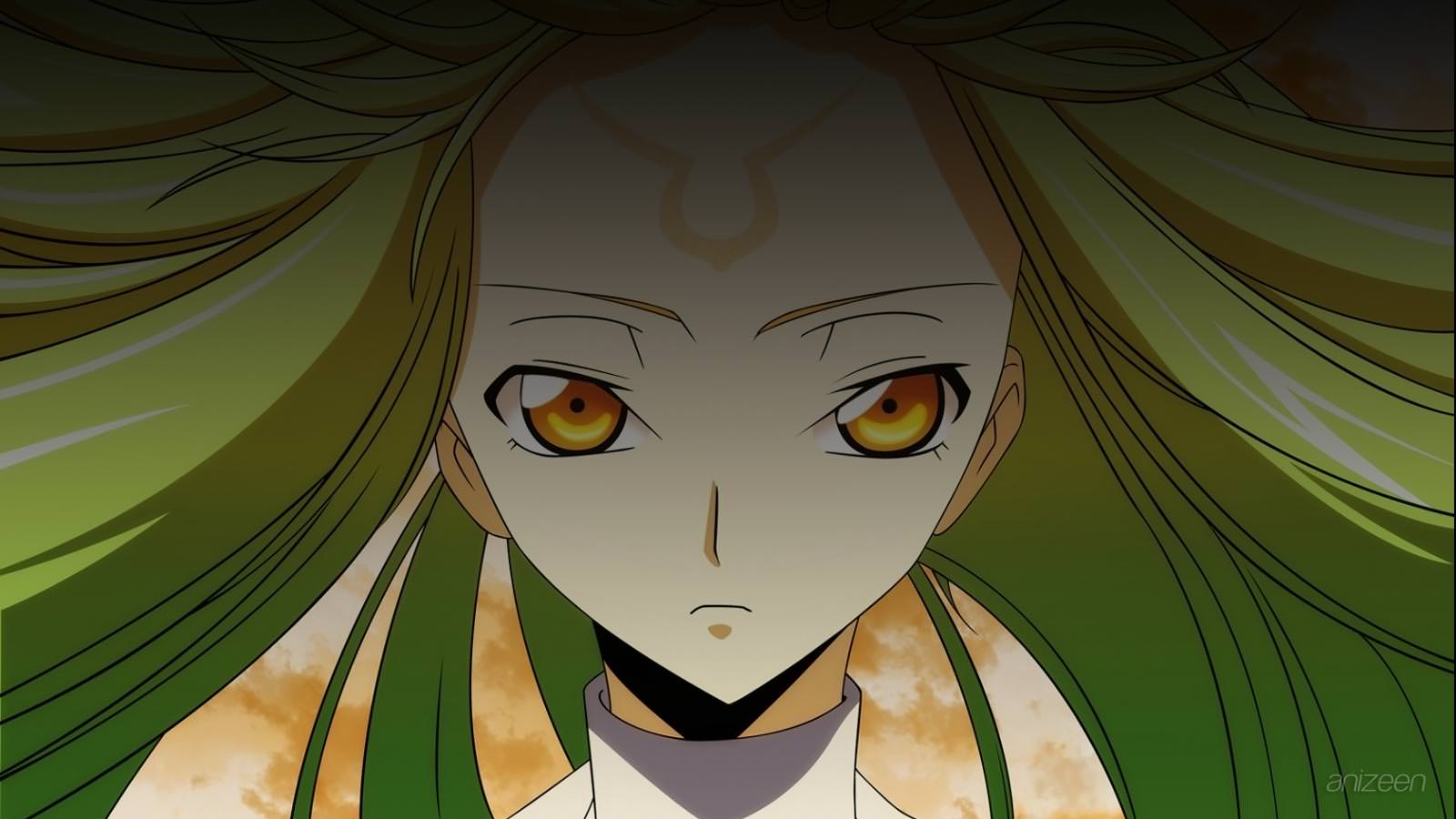 For Code Geass: Hangyaku no Lelouch R2, it’s been one year since the failure of the Black Rebellion and the supposed death of Zero. Britannia has assigned Area 11 a “correctional education” status, where Elevens are made an example of by brute force, to try to prevent any future uprisings and suppress rebellious thoughts.

Unsuspecting high school student Lelouch, oblivious to his rebellious past as Zero, stumbles upon a scheme on his life and the life of a mysterious woman known as C.C., who reveals to him his forgotten purpose and his “true” self. Destroying his assailants and declaring himself Zero once again, Lelouch sets out to finish what he started.

Kallen Stadtfeld is a Britannian-Eleven girl, who believes herself to be a Japanese person at heart and prefers to be known by her birth name. Her father is Britannian and her mother is an Eleven; due to her father, she comes from a prestigious Britannian family and attends the Ashford Academy, where she is a member of its student council and is one of its most outstanding students. In the second episode, Lelouch orders Kallen and other Elevens to attack the Britannian forces in the Shinjuku Ghetto. She is a member of Order of the Black Knights.

Code Geass: Hangyaku no Lelouch R2
(コードギアス 反逆のルルーシュ R2)
Is an anime television series, created by Sunrise. Directed by Gorou Taniguchi and written by Ichirou Oukouchi, both of whom had earlier worked on another Sunrise series, the acclaimed Planetes, Code Geass: Lelouch of the Rebellion features original character designs by Clamp. A second season and sequel to the series, Code Geass: Lelouch of the Rebellion R2, premiered on MBS and TBS on April 6, 2008. EDIT: Thanks to Zer0 for the info. 🙂
OP
S1. “O2” ~ ORANGE RANGE; “WORLD END” ~ FLOW.
ED
S1. “Shiawase Neiro” ~ ORANGE RANGE; “Waga Routashi Aku no Hana” ~ ALI PROJECT.
WEB