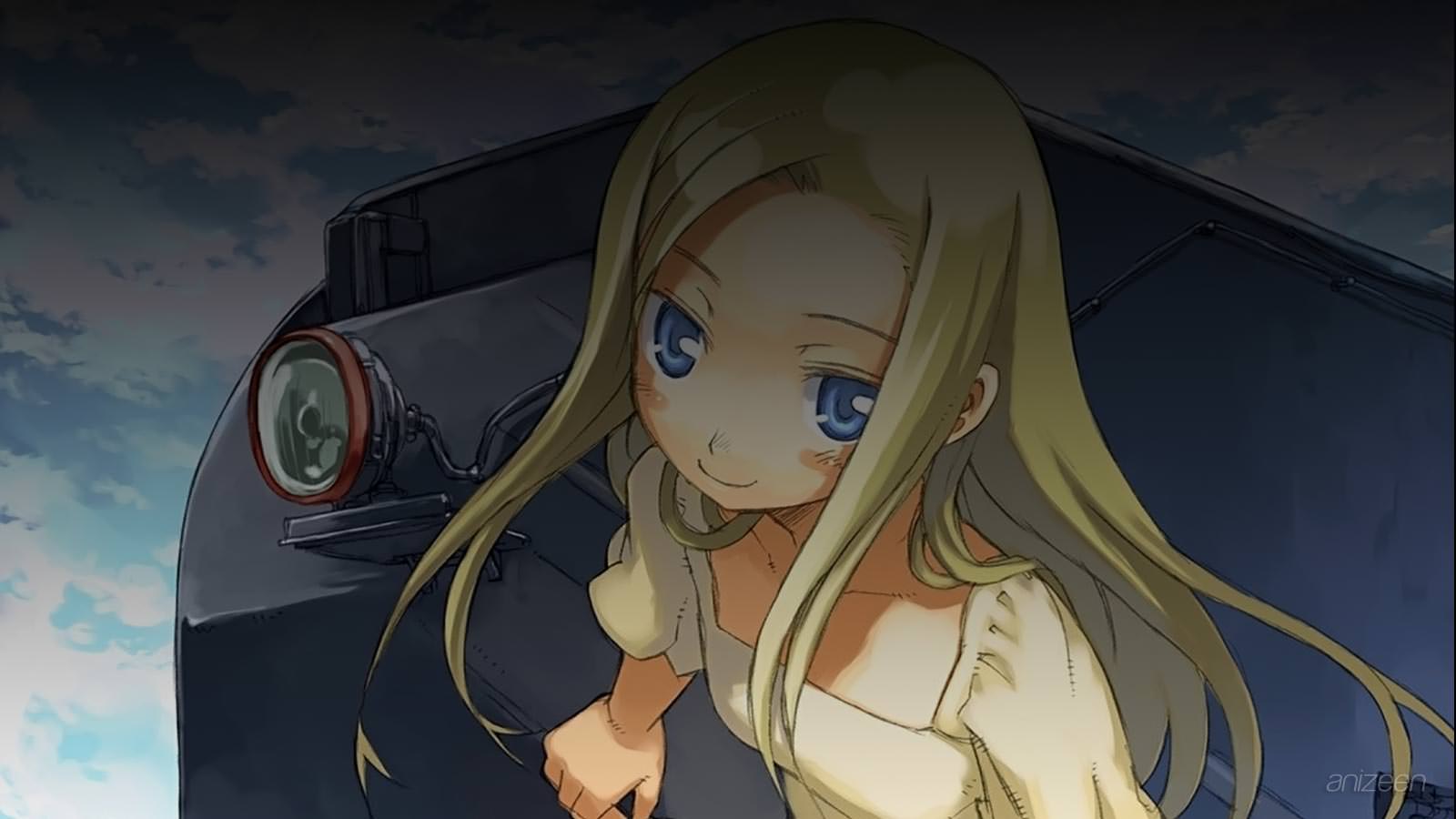 Allison & Lillia is set in a world with one continent split down the middle from north-south by the towering Central Mountains, and the vast Lutoni River. Due to the geography, two cultures developed on either side.

There are very few blond-haired people in Sou Beil. At the time the story begins, it is year 3287 on the fictional universe’s World Calendar during summer. By this time, the two regions have been ragging a war for the past 130 years, though an armistice has been in effect for the past ten years. The industry and technology of the world are roughly equivalent to the 1930s.

The first half of the story centers around Allison Whittington, a young blonde pilot in the Roxche Air Force who has experience with biplanes. She comes to visit her good friend Wil Schultz (short for Wilhelm, so pronounced Vill) during his summer vacation at Rowe Sneyum Senior School’s dormitory after being away for six months. Wil, who resides in Roxche, enjoys reading books, has a photographic memory, and is a good marksman.

While out for a drive on Wil’s motorcycle and run across an old man waiting on a bridge who is well-known in the area for telling false stories. They give him a ride to his home, and while there he tells them a story he claims to be true: that there is a treasure in the western region Sou Beil which could end the conflict between the warring regions. Before he can tell them more, a man who claims to be from the town hall takes the old man away, though Wil quickly notices that the man was most likely lying.

Allison and Wil chase after them and find that the old man was taken away in a large plane. Allison and Wil steal a plane and chase the abductors across the river into Sou Beil; fortunately, they speak both languages. The first half of Allison & Lillia chronicle’s Allison’s and Wil’s adventure as they go to rescue the old man.

Allison Whittington is the main female protagonist of the series’ first part. Pilot of the Roxche air force and daughter of a military officer who died during the war, she was raised in an orphanage along Wil. An impulsive and daring girl who has a talent for getting herself in trouble.

Wilhelm Schultz is Allison’s childhood friend, and the second protagonist of the series’ first part. A scholar who has the ability to memorize things instantly and also is skilled at firearms. Wil does not share Allison’s sense for adventure, but is usually dragged along by her.

Carr Benedict is a pilot in the Sou Beil air force who became friends with Allison and Wil, and always ready to help them when needed.

Fiona is the sole survivor of the small country of Ikstova’s royal family, who decided to leave her secluded life after meeting Allison, Wil and Benedict.

Lillia is the main female protagonist of the series’ second part. She is Allison’s and Wil’s daughter.

Allison & Lillia
(アリソンとリリア)
Is a Japanese television anime series adapted from the light novel series Allison and Lillia and Treize by Keiichi Sigsawa. Allison & Lillia’s story covers the story from the Allison light novels for the first half of the series, and switches to the story from the Lillia and Treize light novels for the second half. The anime series Allison & Lillia is directed by Masayoshi Nishida, and produced by Madhouse in collaboration with Tezuka Productions, along with Geneon which is in charge of music. The anime shares its title as a combination with the light novel series Allison, and Lillia and Treize, which the anime is based on. The series started airing on April 3, 2008, and will run twenty-six episodes.
OP
1. “Tameiki no Hashi” ~ Kuricorder Quartet and Shione Yukawa
ED
1. “Sayonara no Omajinai” ~ Kuricorder Quartet and Sou Matsumoto
WEB