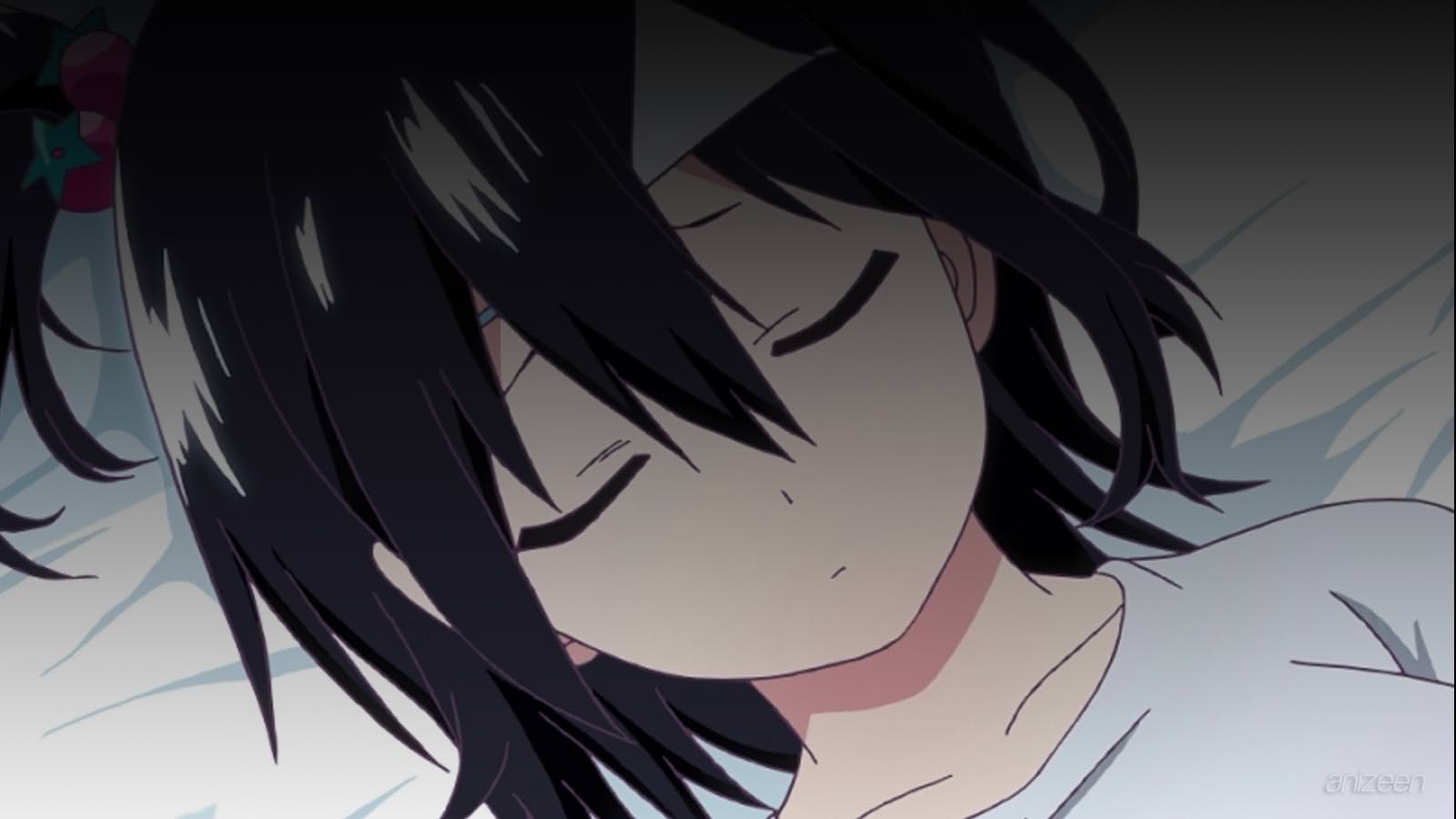 In another dimension, Staz Charlie Blood lives as a normal otaku life, or as it seems, because he is the boss of the the Demon World’s Eastern District and he is a vampire.

Staz’s second-in-command, Deku, informs him they have captured a living human girl named Fuyumi Yanagi, and brings her over to Staz’s apartment. Staz becomes infatuated and begins to talk to her about everything he likes.

Meanwhile, Deku and the other gang members get into a fight with a challenger to Staz’s leadership who wields demon plants. Deku calls Staz for help, who quickly suppresses his vampiric urges from Fuyumi.

Staz easily beats the challenger and when he and Deku return to the apartment they discover that Fuyumi has been killed by one of the rogue demon plants. After finding some bones, they find Fuyumi in Staz’s bed. For some reason, Deku deduces that she has became a ghost, and now they have to resurrect her.

Later, Fuyumi remembers how she stumbled into the Demon World and takes Staz to a back alley where they discover a rare dimensional portal known as the “Black Curtain”.

Staz stops Fuyumi from entering the portal, explaining its strange nature, before expressing a desire to visit the Human World himself. Staz then takes Fuyumi to a local cafe where the owners, Saty and Mamejirou, determine the nature of her existence with their Third Eye magic.

As Staz reveals his intention of going to the human world to a panicked Mamejirou, Deku enters with a new gang recruit, Mimic Yoshida. Mamejirou outlines the repercussions of Staz’s departure but he compensates by making Mimic the new boss, they decide to use him as a body double in Staz’s absence.

Afterwards, at a welcoming party for Mimic, Fuyumi wonders if Staz can really resurrect her.