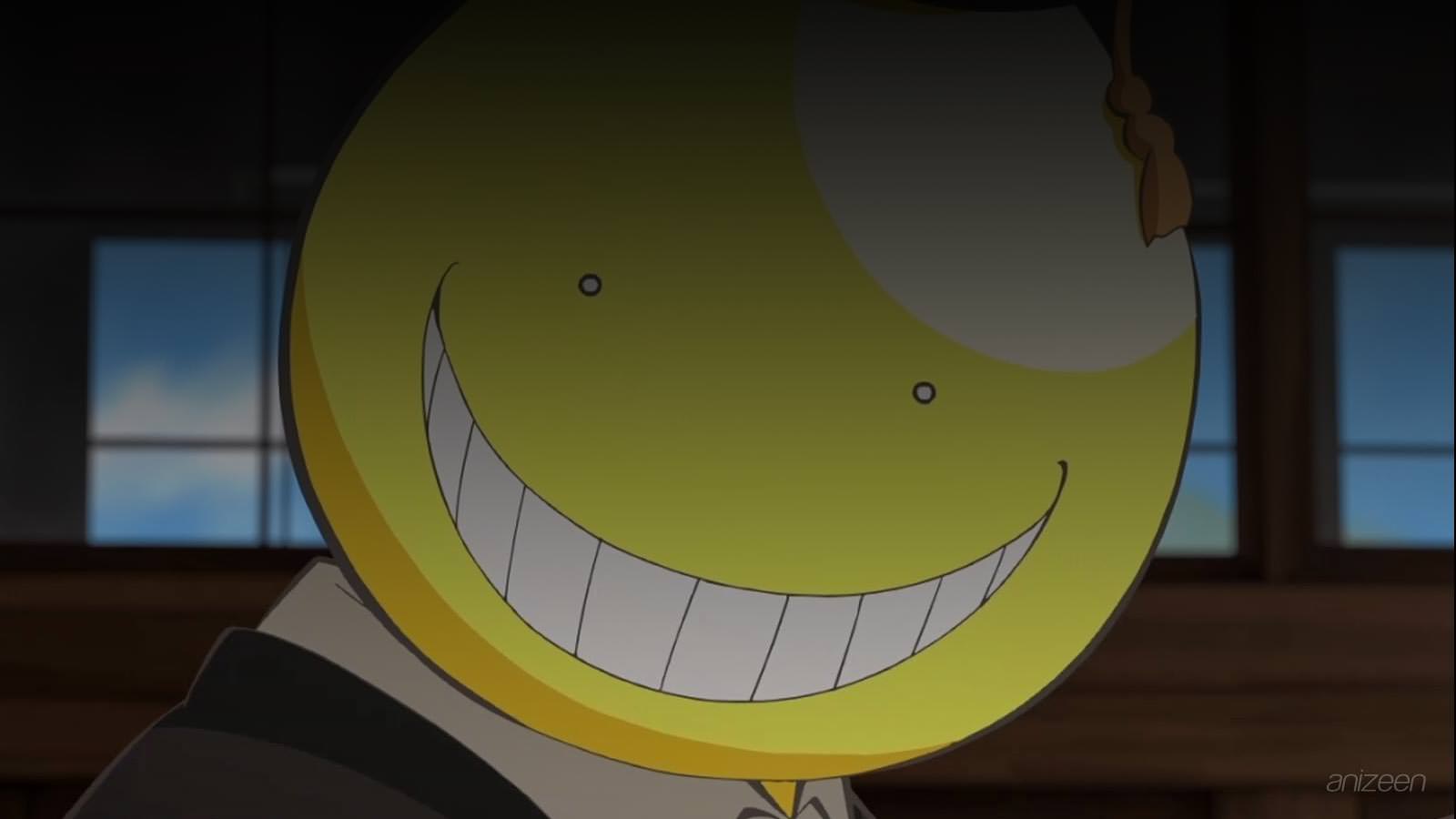 One day, without any notice, the moon has been blown away. 70 percent of its surface is destroyed by an unusual creature. Now, this creature plans to destroy Earth in one year.

But destroying is not fun without a reason, or at least that seems to be enough for the creature to force a different approach to it. Now, he attends Kunugigaoka Junior High School, and he is set to be the teacher of class 3-E.

3-E is not special, actually, they are all below average students, if not rejected. The government has decided to keep the creature on sight, or at least they think that. But actually, it is the creature who decides everything.

The students in class 3-E have a task, they have to kill their teacher, Koro-sensei, and save the whole world. To do it they are handled with special weapons, just to harm the creature.

But it won’t be easy, the creature is able to move and incredible speed, not even the fastest jets in the world can match it.

One day, Nagisa Shiota, one of class 3-E students is wondering about the strange situation they have. Nagisa is not confident at all, and he feels completely ignored.

Despite everything, Koro-sensei does have a good side, and he is actually a great teacher. Unfortunately, the students are stressed and want to finish the job as soon as possible.

Nagisa is approached by some students, they want him to attack the teacher. Nagisa has been taking notes of Koro-sensei, and thinks he has found a chance, but it might risky.

Nagisa is forced by these students, he better succeed this time. Lunch time is over, and Koro-sensei has returned from China. Now, the students have work to do and write a beautiful poem that includes the fact that his teacher has several tentacles in his body.

Nagisa approaches Koro-sensei and makes an attack with a knife, just to hold on to his teacher. At that moment, the students behind this scheme activate a grenade and blow away Nagisa and Koro-sensei.

Koro-sensei is really mad, especially because they tried to harm a fellow student. Nagisa feels relieved, and motivated, his teacher, in his own way is considerate to others. Now Nagisa promises to kill Koro-sensei.