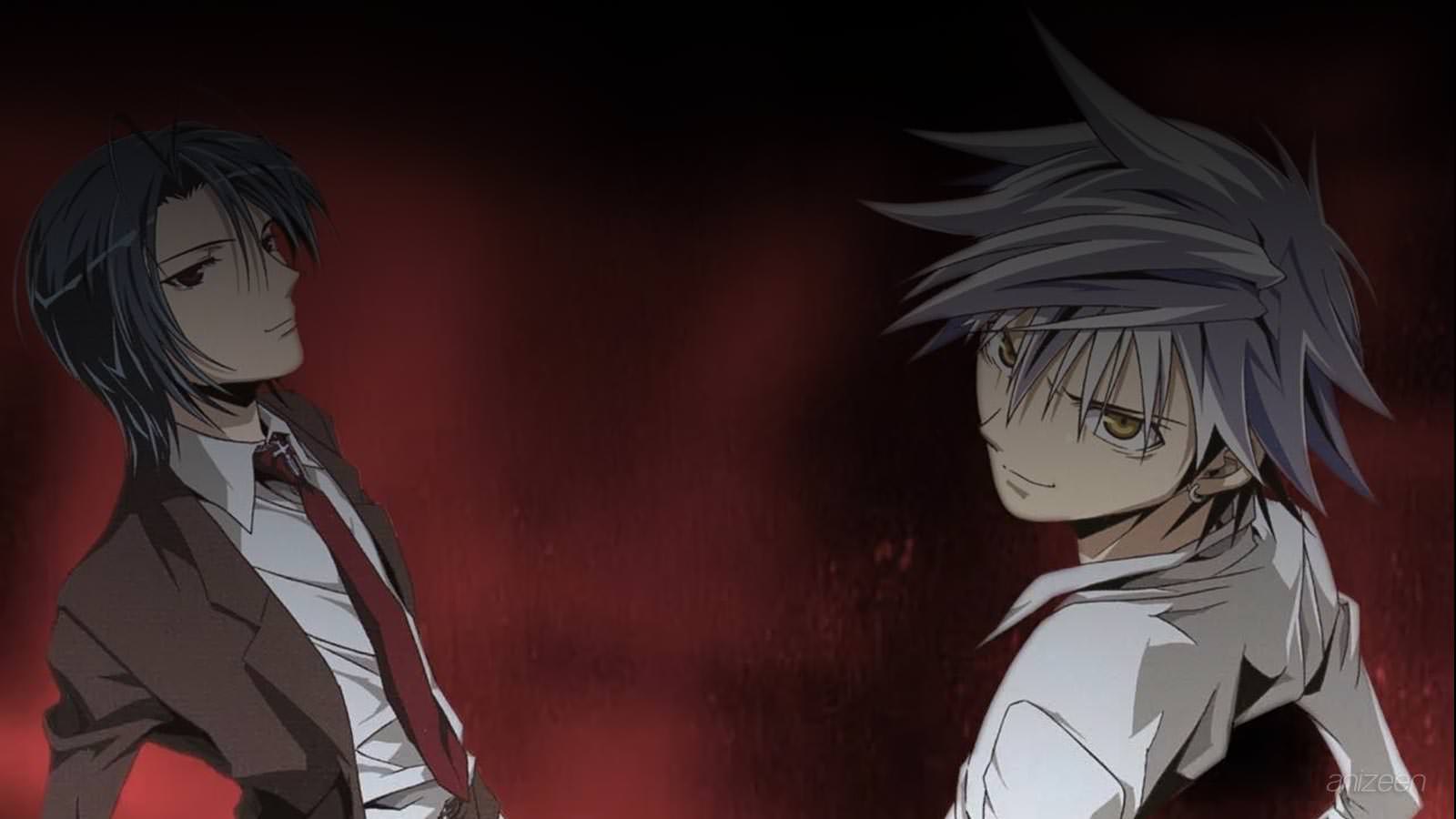 Michiru Kita is a special girl who possesses Shinigami Eyes, which allows her to see a dark ring around a person’s neck. This ring symbolizes the person’s impending death; once they are marked to die, a gray ring, which is invisible to normal people, appears around their neck, and once the ring turns completely black, the person dies.

Chika Akatsuki and Shito Tachibana, two boys in her class, both have black rings around their necks, but to her surprise, they are not yet dead. It is revealed that after a tragic accident that was supposed to kill them both, the two boys made a deal with a secret loan office called the Zombie-Loan. In return for keeping them alive, the two have to hunt zombies for the loan office.

When Michiru gets involved with them, she finds that her life has just become more complicated.

She now wears glasses that can subdue her gift, allowing her to live her life normally. Although, since the death of her parents, she has felt a numb complacency with life, living it out, but having no will to achieve anything or even care if she dies or not, an attitude which disgusts Shito.

Michiru first meets Chika and Shito in the hallways of her school, accidentally tripping over Chika’s hand. After she ends up finding out their secret, they initially think of killing her, but when they find out that she has Shinigami Eyes, they instead inform her that she will be using her powers to help them fight zombies, despite her protests. After various failures and meeting other members of the Z-Loan office, Michiru comes to accept her new job.

Michiru Kita possesses Shinigami Eyes (literally “death god eyes”), which allows her to see a ring on a person’s neck, indicating their impending death. However, she has hated her gift ever since she saw dark rings around her parents’ necks, who died in an accident after the rings turned jet black.

Shito Tachibana is referred to as “A-san” or simply “A” ~ most students in his school. Due to his looks and attitude, he is seen as an idol by the female students, though he seems to not care. He is generally a much more approachable person than Chika, but certain situations and people cause him to act cold and indifferent; when Michiru first told him that she had no real will to live, he told her how disgusted that made him feel, going on to say that he believes she does not deserve the right to live.

Shito is linked with Chika by a spiritual chain. When he attaches Chika’s right hand, he can generate a 9½ inch revolver, which has the power to harm zombies with its spiritual bullets. As with Chika, Shito’s goal is to regain his life once again so that he may live as a normal human

Chika Akatsuki is referred to as “B-san” or simply “B”, titles which greatly irritates him, after surviving an accident with Shito, known as “A-san”, six months prior to the start of the series. His attitude is rather lively, but he is also short-tempered; he is often seen beating Michiru for her various failures.

Chika is linked with Shito by a spiritual chain, which cannot be seen by normal people. This chain allows them to switch their right hands with each other; with Shito’s right hand, Chika has the ability to generate a katana possessing Shinigami abilities.[1] With the katana, Chika is able to perform spiritual memorials for zombies they defeat.

Though often seen with a short temper, Chika has a genuine care for those he defeats and often performs their memorial with great sympathy. Though they have free will and emotions, both Chika and Shito are still considered zombies, so their ultimate goal is to regain their lives once again. Though they are always together, Chika and Shito are far from friends; they are only close together because if they are apart, their chained hands will begin to rot.

Zombie-Loan
(ゾンビローン)
Is a manga series created by Peach-Pit; Banri Sendo and Shibuko Ebara. It is published by Enix and is serialized in the Japanese shounen manga magazine GFantasy. An anime adaptation produced by XEBEC M2 was announced and started broadcast on the Japanese network TV Asahi on July 3, 2007.
OP
1. “OOKAMI no NODO” ~ The Birthday
ED
1. “Chain Ring” ~ MUCC
WEB