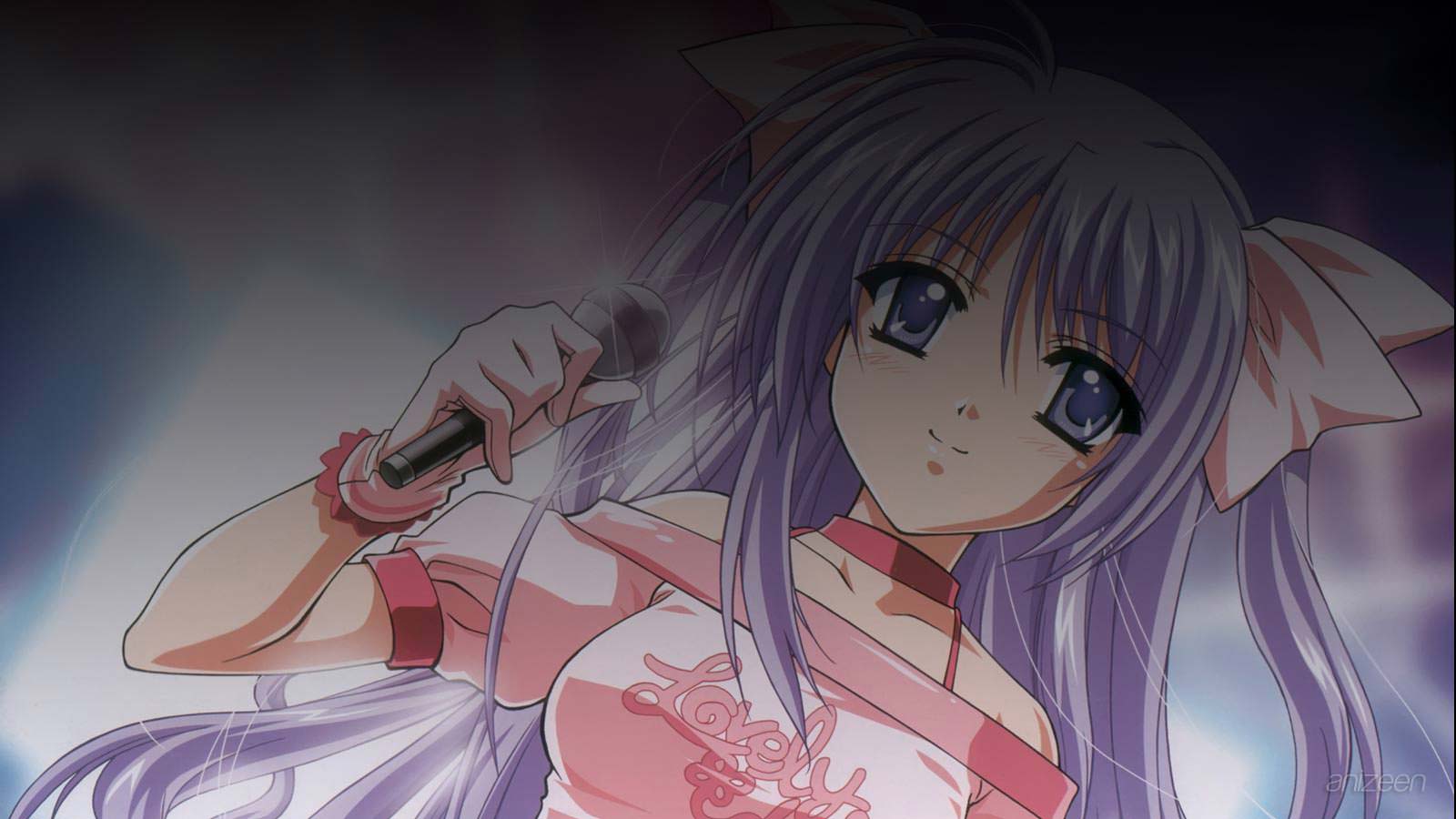 Lovedol is a six girl pop-idol group put together by Tomohiro Fujisawa, their manager. The first two Lovedol groups were so highly successful that Tomohiro’s boss wants him to make a third group.

However, right before the third generation is cued onstage at a concert, Tomohiro learns that their debut has been delayed by the company president. He isn’t told why, but is left to figure out for himself what, exactly, the next generation is lacking.

While considering what he should do to remedy the situation, he finds a young street musician singing and playing a guitar. Tomohiro may think he’s found the answer to his problem, but recruiting her could turn out to be harder than expected.

Tomohiro Fujisawa is a man who works as one of the managers in Sweetfish Productions. He is the first manager that all of the idols have had in the past and when the story begins is currently managing the third batch of idols.

Mizuki Sakaki is known as “The Princess of Songs” on the streets, as she often plays on the streets with her guitar. Many famous record companies have asked her to officially record some songs but she turned them all down. When Tomohiro first asked her to become an idol, she strongly refused and said that she only sings for revenge. However, this all changed once when she first sings on stage with the other idols of the third generation. Ever since then, she officially became one of the idols in training in the third batch.

Kotoha Kiryuu is a shy girl, she and Mai are the only two in the third batch of Lovedols who had debut experience before.

Mai Nonomiya is short but, mild tempered girl. Often become the subject of joke when compare about breast size with the other members of the third generation. According to her, she was a child actor for 8 years before joining the third generation. She is also very proud of her beauty. Her given name means “dance” in Japanese.

Miu Nekoya is a slow girl. She often says “nyuu~” at the end of her sentences. Miu is fond of dancing and is very energetic. She has problems imitating the sound of dogs. Her given name means “beautiful feather” in Japanese.

Hina Houjou is the younger sister of the Chocorat Sisters from the first generation of idols. She often admires her older sisters with pride and joy. Whenever Hina brings up her sisters, she goes on and on about it until someone indicate her doing so. Hina also like to make pastry, however she is very bad at it. Whenever Hina attempt to make them they are bound to explode. It is possibly hinted that she’s very bad with oven-ware.

Ruri Fujisawa is Tomohiro’s younger sister who personally asked the president of Sweetfish Productions to join the third batch of idols. A very cheerful girl.

President Mariko is the president of Sweetfish Productions, which is the company that all of the Lovely Idols are affiliated with. She was the sole reason why the third batch had a delay on their debut until Tomohiro could figure out what they were lacking. She tends to have a serious, businesslike personality who only wants the best from her employees.

Miki Fujisawa is Tomohiro’s and Ruri’s older sister who is also a manager. It was because of her Tomohiro got his job as a manager. She is somewhat tomboyish, and tends to attack her brother in a playful sibling way causing Tomohiro to fear her a little. Rui doesn’t seem to have a good relationship with her, as shown she speaks rather coldly to her older sister.

Lovedol ~Lovely Idol~
(らぶドル～Lovely Idol～)
Is the title of a Japanese series which focuses on a group of young girls who are striving to become famous Japanese idols. The entire series has a wide range of media, ranging from written prose to a video game and even an anime adaptation. Lovely Idol first began as a set of illustrated short stories serialized in Enterbrain’s Magical Cute magazine. The franchise grew to include radio shows, drama CDs, a Japanese bishoujo game by PrincessSoft, and an anime TV series which first aired in Japan on October 3, 2006. The TV broadcast consists of 12 episodes, where the 12th episode aired on 19 December 2006. The 13th and final episode was made available as a DVD-exclusive OVA released in Japan on 28 March 2007.
OP
S1. “Koi, Hajimemashita!” ~ Sakura Nogawa
ED
S1. “LoveLoveLove no Sei na no yo!” ~ Sakura Nogawa, Mai Nakahara, Halko Momoi, Yuko Goto, Minori Chihara & Kanako Sakai
WEB

ED ~ LoveLoveLove no Sei na no yo!