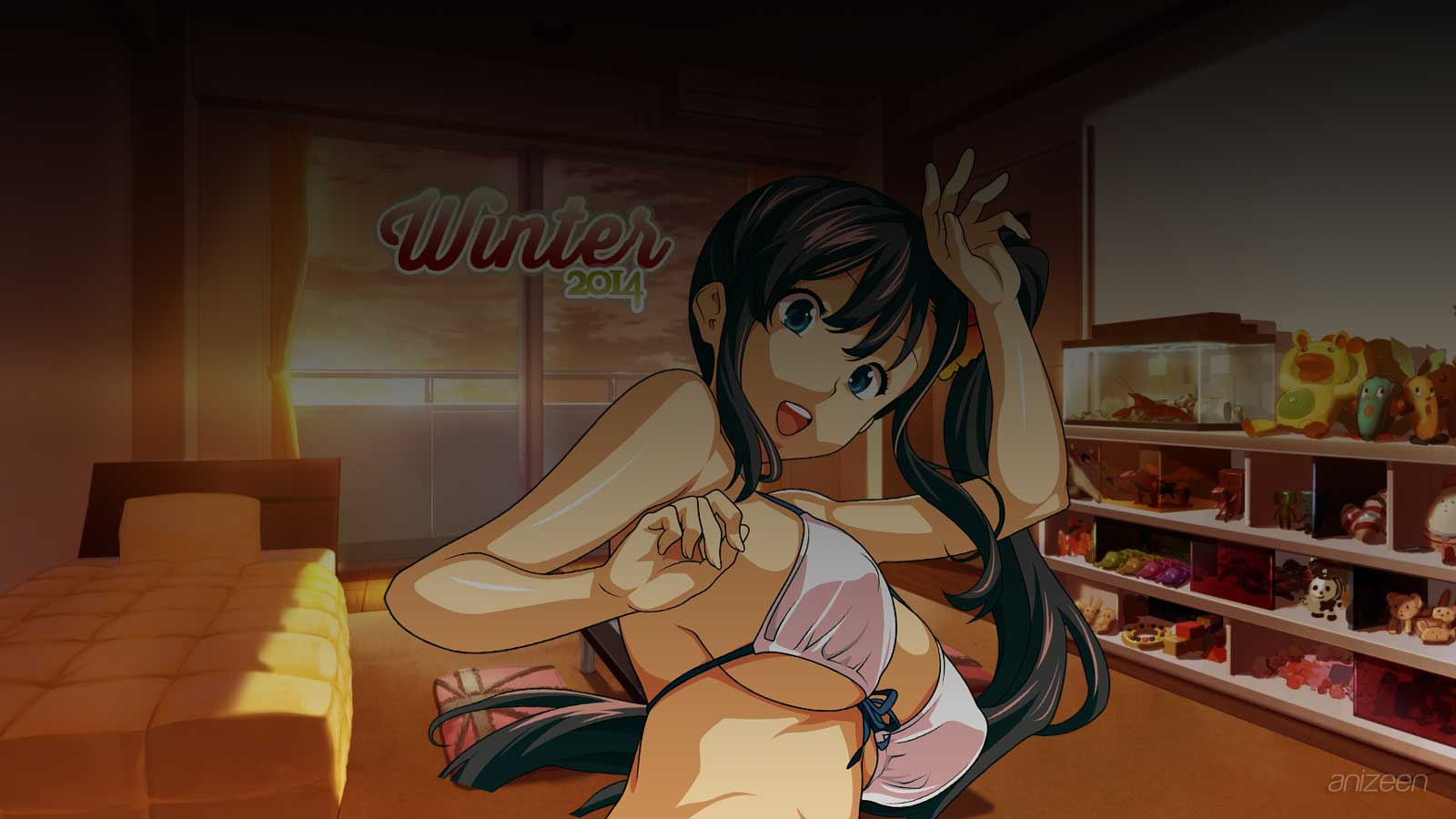 What a year! It’s been quite a ride for many of us, hope you still have some energy to end it strongly, I’m sure the new year will be even better than 2013.

The year is coming to an end and it has had good anime series to follow, but also some disappointments. We have been able to see a little bit of everything and now we are ready for more.

The new year comes with a new anime season, and also a new way to show you the preview. Our site has evolved, and as you, we are ready for new and better things to come.

Let’s start the Winter Anime Season 2014 with pupa, where a couple of siblings, Utsutsu and Yume Hasegawa, will have to deal with life and death on a daily basis. One day, Yume sees a mysterious red butterfly and her body undergoes a strange metamorphosis, now, she wants to eat humans. What can be done to help her?

Meanwhile, in Strange+, Kou is searching for his older brother Takumi, who left home some time ago. Kou thinks Takumi is lost somewhere in the city, but Takumi is alright, he is in front of the Mikuni Detective Agency. Kou will have to decide, going back home without Takumi or join him at work.

One day, Super Sonico is awakened by her alarm cat and many cats. After leisurely eating her breakfast, she realizes that she is late for work and rushes out the door. “Super Sonico”, the mascot girl of the “Nitro Super Sonic” events held by Nitroplus, is is the lead role in SoniAni -Super Sonico the Animation-, don’t know what to expect from this one.

Now, in Saikin, Imouto no Yousu ga Chotto Okashiinda ga a girl named Mitsuki Kanzaki lives with her step-brother Yuya after her mother remarries. One day, for some reason, Mitsuki is possessed by the spirit of a girl named Hiyori Kotobuki. Hiyori proclaims she must fall in love with Yuya to move towards Heaven.

In Noragami, a “homeless” deity, named Yato, wants to do something to build a shrine. He has not many powers nor followers, so, one day he decides to promote himself via cell phone. Now, if someone needs some help, they all have to do is offer ¥5, and he will gladly help. One day, Hiyori is about to be killed in a traffic accident, but Yato saves her. Now, Hiyori and Yato have a special bond. With a boy named Yukine, they will deal some ordeals to help some people around.

From anime studio Bones’, those that made the Cowboy Bebop movie, present Space Dandy, a strange combination of action, comedy, and aliens. Sounds to be interesting or a bust. Space Dandy is a space hunter, someone paid to search for new, undiscovered alien species. Dandy searches unknown planets for strange beings alongside QT, a worn-out robot, and Meow from Betelgeuse.

Other series that seem good to follow are: Toaru Hikuushi e no Koiuta, Tonari no Seki-kun, Oneechan ga Kita, Nisekoi, Witch Craft Works or Sekai Seifuku ~ Bouryaku no Zvezda. Who knows, maybe something special comes out.

And how about a new season for a well known anime? Well, we have some to share this time. Start with Seitokai Yakuindomo*, Chuunibyou demo Koi ga Shitai! Ren, Gin no Saji or Maken-Ki Two.

Finally, in terms of movies and specials, you can’t miss Gekijouban Hunter x Hunter: The Last Mission a little late, but finally available. Also a little late comes Majokko Shimai no Yoyo to Nene who has a nice animation, hopefully the story will be good as well.

Have a great year!

Majokko Shimai no Yoyo to Nene

Wake Up, Girls! Shichinin no Idol

Shimajirou to Kujira no Uta