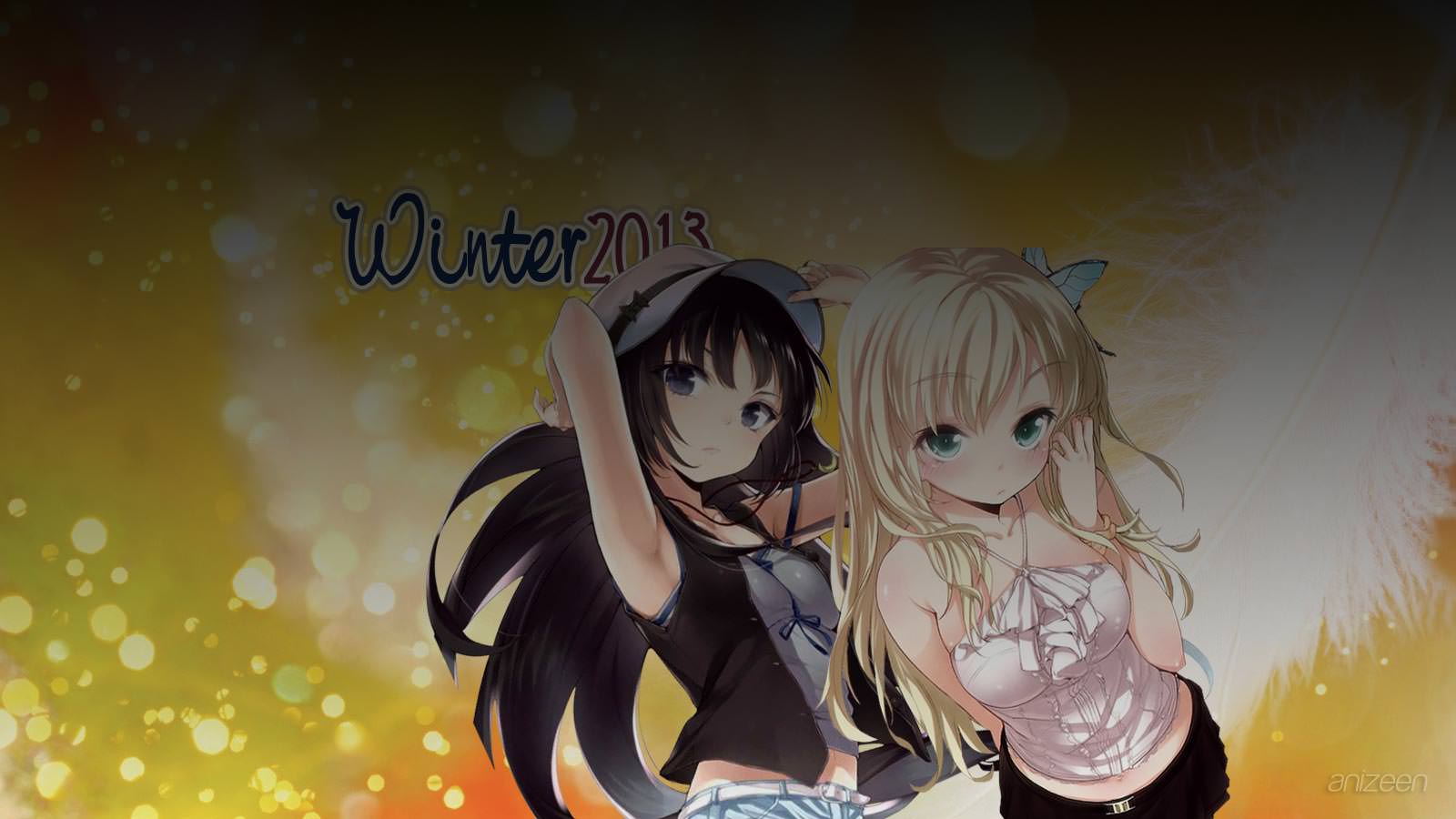 We are about to find out if the End of the World is coming in the next week or so, but before that, I’m sure many of you want to know about the upcoming anime season.

Of course, if the world is done by December the 21st, you won’t mind about this post. But let’s face it, before that happens, we have a lot of things to do. We have to meet good aliens and bad aliens, we have to find cure to cancer and aids, and we have to find a way to move our mind and soul into a new body.

Anyway, I’m sure it’s the start of a new era, one of good vibes and prosperity. But, if you want to find wealth, don’t stay steady and start working to achieve it.

The first season in 2013 will bring many known characters back with several sequels such as Boku wa Tomodachi ga Sukunai with the NEXT chapter, Chihayafuru, Minami-ke with Tadaima, the old known Da Capo, Hetalia, AKB0048 and a special prequel to Bakemonogatari in a four episode special Nekomonogatari (Kuro).

In particular, some new series look interesting; of course, it depends on your mood or preference. I just want to have some fun, so, Ore no Kanojo to Osananajimi ga Shuraba Sugiru might be a good start. Here, an ordinary high school student, who cares nothing about love or dating, will be blackmailed to do exactly that.

If you need your sexy ninjas series, probably Senran Kagura will be your choice. The government founded the Hanzou Academy in order to train female shinobi, or kunoichi, and it seems there will be a lot of fan service for you.

One of those series that might be promising or a total bust is Maoyuu Maou Yuusha, set in a world embroiled by war between Humans and Demons, where the most talented hero in the world will invade the ultimate demon palace to take care of the Demon Queen. But the Hero won’t kill the lady demon and a strange alliance will be formed.

In Vividred Operation which is set in a futuristic and peaceful world made possible thanks to the invention of the “Expression Engine”, which solved the energy crisis of the world. Then, an alien force threatens the world, and a young girl named Akane Isshiki will have to battle the threat on.

Bakumatsu Gijinden Roman looks familiar, or at least the characters design might remind you old time classics. It takes place in Kyoto in the late 19th century, and Manjiro has two faces. During the day, he helps the people in town, but he also acts in secret as ‘Roman’ to get back people’s properties from the men in power.

As usual, I’m sure you’ll find some interesting series to follow, but how about some movies? To have a great 2013 you can’t miss the Gekijouban Hunter x Hunter: Phantom Rouge which revolves around Kurapika who became a Hunter to take vengeance on the Class-S crime group Phantom Troupe who massacred his clan for their unique eyes.