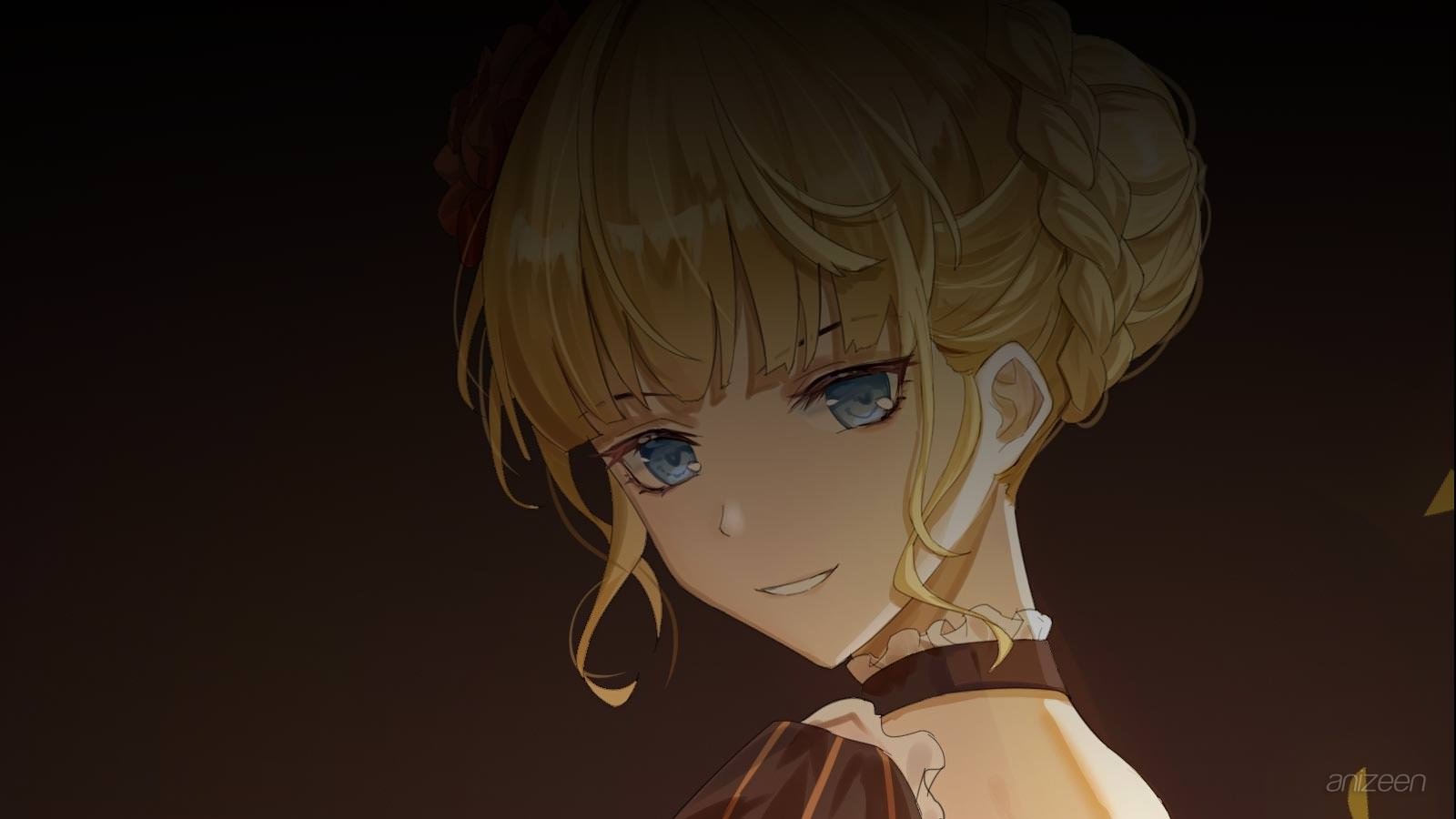 Umineko no Naku Koro ni takes place primarily in the year 1986, during the time frame of October 4 and October 5 on a small, secluded island named Rokkenjima, 10 km around owned and lived on by Kinzo, the head of the wealthy Ushiromiya family.

Kinzo is near death, and eight of his family members arrive on the island for the annual family conference, where the adults plan to discuss how Kinzo’s assets will be divided once he is dead. Also on the island are three family members who live there, five of Kinzo’s servants, and his personal physician.

After the eight family members arrive, a typhoon traps them on the island, and shortly after, strange things start to happen and people start dying.

Battler Ushiromiya, son of Kinzo’s second son Rudolf. Battler has not been to the annual Ushiromiya conference in six years due to living with his maternal grandparents ever since his mother Asumu died, and even took his mother’s maiden name instead of Ushiromiya.

When his grandparents died, he went back to living with his father, his second wife Kyrie, and their daughter Ange, his half-sister. Once on the island, Battler once again becomes acquainted with the legend of the golden witch Beatrice who supposedly lives in the naturally dense forest on Rokkenjima.

A portrait of her lies in the entrance hall of the Ushiromiya family mansion, and a puzzling epitaph is written below the portrait. Rumor has it on the island that Beatrice gave ten tons of gold to Kinzo in the past to restart the Ushiromiya family after being crippled in the 1923 Great Kantou earthquake.

It is said that whoever solves the riddle of the witch’s epitaph will receive the gold and be the next successor to the Ushiromiya family.

Battler Ushiromiya is the eighteen years old son of Rudolf and an unnamed woman, though he grew up believing Rudolf’s first wife Asumu was his birth mother. He is very stubborn and is afraid of “shaky” transportation, thinking he might fall off of a boat, or out of a plane. He insists that the Golden Witch does not exist, and his denial of her existence becomes the main theme of the game. Most of the situations are seen through his point of view, and he is generally considered the protagonist of the story.

Jessica Ushiromiya is the daughter of Krauss and Natsuhi. She is eighteen years old and is not interested in matters of the family inheritance. She dislikes her parents at times, but still shows concern for them. She has feelings for Kanon.

Maria Ushiromiya is Rosa’s young daughter. She is nine years old and often neglected at home, while her mother is busy with managing her company, so in turn Maria turns to the occult and believes strongly in Beatrice and witchcraft in general. Maria is a sensitive person, who takes jokes very seriously, and tends to be very stubborn.

George Ushiromiya is the son of Eva and Hideyoshi. He is the oldest of his cousins at twenty-three years old. He is respected by his cousins and his parents, who view him as a mature young man. Battler wants to be like him and admires his ability to handle children like Maria.

Krauss Ushiromiya is Kinzo’s first son, Jessica’s father, and the oldest of his siblings. He is an investor, but is unable to carry his plans out to the end, resulting in failures.

Natsuhi Ushiromiya is Krauss’ wife and Jessica’s mother. She is proud and carries the name of the family despite the fact that she does not have any Ushiromiya blood. She is often afflicted by headaches. She is looked down upon by Eva because she is not truly of the Ushiromiya family. She often scolds Jessica, but only wishes for her to become a true heiress to the Ushiromiya family.

Eva Ushiromiya is Kinzo’s first daughter, George’s mother, and the second oldest of her siblings. She was able to have her husband adopted as an Ushiromiya, which allows her to keep the family name.

Hideyoshi Ushiromiya is Eva’s husband and George’s father. He is the successful president of a chain of fast food restaurants. He is a very jovial man and manages to tone down the tension between the siblings during their various meetings.

Rudolf Ushiromiya is Kinzo’s second son, Battler’s father, and the third oldest of his siblings. In his younger days he was a known philanderer. Apparently, he has troubles he does not tell his wife about.

Kyrie Ushiromiya is Rudolf’s second wife and Battler’s foster mother. Battler views her as more like an older sister, and does not call her “mother”.

Rosa Ushiromiya is Kinzo’s second daughter, Maria’s mother, and the youngest of her siblings. She seems sensible and soothing. Her husband disappeared long before the beginning of the story, right before Maria was born.

Kinzo Ushiromiya is the head of the Ushiromiya family. He has been sick for a long time and is expected to die soon. He is hostile towards his own sons and daughters, viewing them as vultures ready to feast on his fortune.

Ange Ushiromiya is the six-year-old daughter of Kyrie and Rudolf, as well as Battler’s half-sister. She could not come to the island in 1986 due to a sickness. In the one case that someone manages to survive the slaughter on Rokkenjima, it is revealed that Ange goes on to become a witch, but does not believe in magic herself.

Umineko no Naku Koro ni
(うみねこのなく頃に)
Is a Japanese murder mystery doujin soft visual novel series produced by 07th Expansion. The first game in the series, Legend of the golden witch, was first released at Comiket 72 on August 17, 2007 playable on the PC; the game sold out in thirty minutes. A manga series adapted from the games began with two different artists working separately on different story arcs, and is published by Square Enix. An anime adaptation based on the visual novel series is produced by Studio Deen, and began airing in Japan on July 2, 2009.
OP
S1. “One-Winged Bird” ~ Shikata Akiko
ED
S1. “la divina tragedia ~Makyoku~” ~ Jimang
WEB