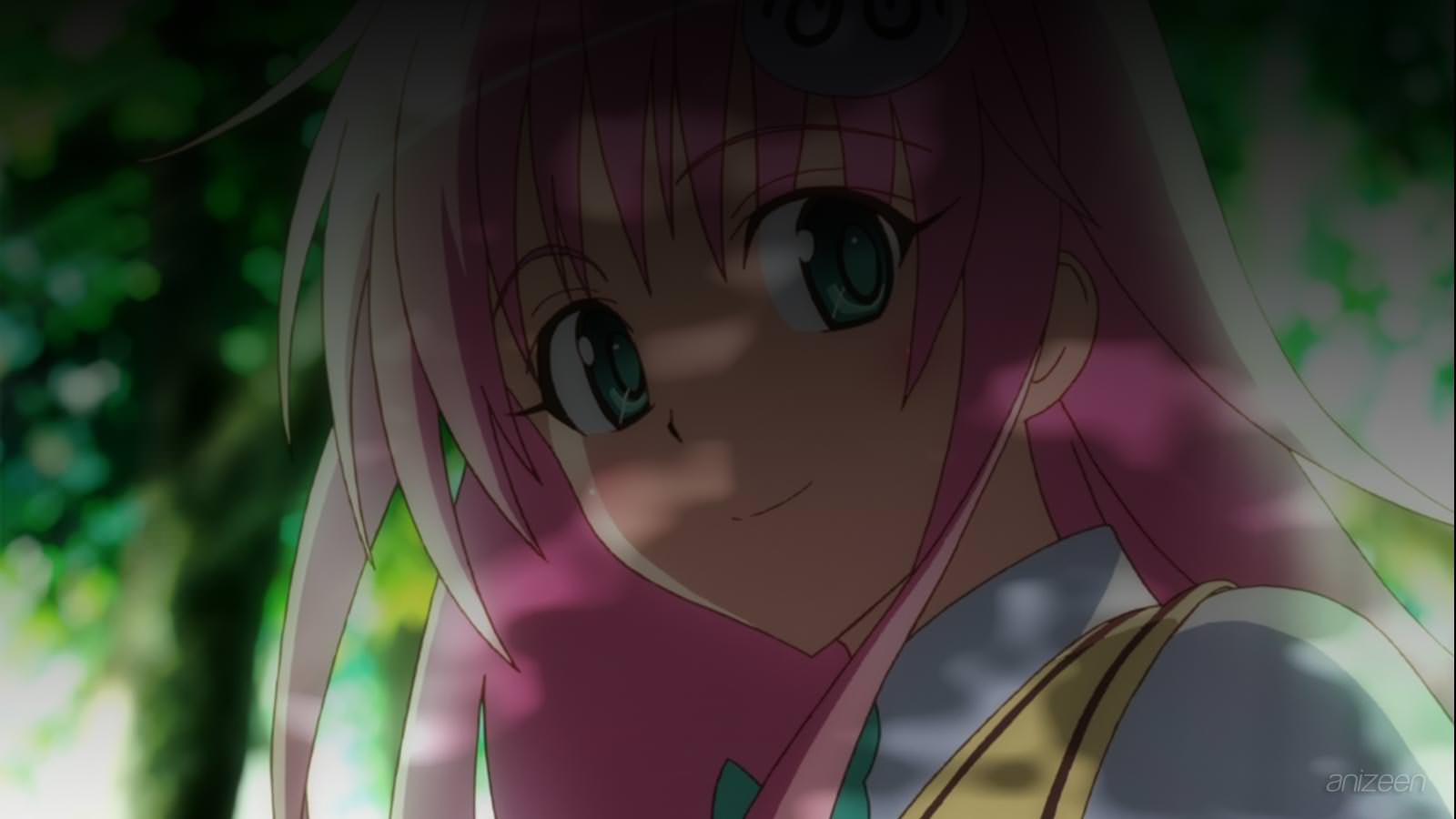 The story is about Rito Yuuki, a high-school boy who cannot confess to the girl of his dreams, Haruna Sairenji. One day when coming home and sulking in the bath-tub a mysterious, nude girl, appears out of nowhere.

Her name is Lala and she comes from the planet Deviluke, where she is the heir to the throne. Her father wants her to return to her home planet so she can marry one of the husband candidates, but she decides that she wants to marry Rito in order to stay on Earth. Commander Zastin has been ordered to bring Lala back and has already battled Rito.

He reports to the emperor that Rito would be suited to marry Lala, after hearing Rito say that marriage is impossible unless it is with the person you love (Rito was actually defending himself but Zastin and Lala thought he was defending Lala). With this speech, Lala truly falls in love with Rito and decides that she wants to marry Rito.

Lala Satalin Deviluke is the female protaginist. Lala is the princess of Deviluke. Ran away from home so she doesn’t have to get married. Uses many self-made inventions. At first she was pretending to love Rito to keep from getting married, but eventually she fell in love with him. Lala isn’t shy at all. In fact, she doesn’t care if she gets naked in front of Rito. She has physical abilities far beyond that of a human and also has a distinctive tail coming from her back.

Rito Yuuki is the male protaginist. A 15 years old high-school student who has a big crush on Haruna Sairenji. His father is a manga writer and is very different from Rito in both looks and personality. Rito’s mother is a fashion designer and a scout for models who is often away from home; he seems to take after her in looks, though her personality is equally as odd as her husband’s as she has a tendency to start sizing women up with her hands.

Haruna Sairenji is one of Rito’s school mates and object of Rito’s affection. Haruna has similar feelings for Rito. She lives with her older sister in an apartment and has a severe fear of ghosts and supernatural things. When frightened, she has a habit of grabbing Rito and using him to bat away whatever is scaring her.

Golden Darkness is called Yami-chan by Lala; an assassin who does not show a lot of emotion, hired by Lala’s fiance candidate Lacospo. Since she has stated that she hates “ecchi” people, this results in Rito getting beaten up. She likes Earth clothes & food. She also appears to have grown a very strong liking to Taiyaki.

Mikan Yuuki is Rito’s independent and reliable younger sister, Mikan takes care of the house while their parents are away on business. In contrast to her older brother she is very mature for her age and grade though she doesn’t hesitate to tease him.

Yui Kotegawa is a high-strung girl placed in the same class as Rito, Lala and Haruna in their junior year. She has no tolerance for anythings that she does not consider acceptable behavior. Her haughty opinions, quick temper, and habit of speaking her mind often results in her vocally reprimanding people who are acting ‘inappropriately’. She quickly grows annoyed and disgusted by the weirdness and bizarre actions involving her classmates.

Oshizu Murasamu is the ghost of a girl that died in the old abandoned school building 400 years ago. She is sincere, kind, and very curious about the modern world, but has a severe fear of dogs. Since her meeting with Rito and others, she has begun to explore the world outside the old school building.

To LOVE-Ru -Trouble, Trouble-
(To LOVEる -とらぶる-)
Is a manga written by Hasemi Saki, and illustrated by Kentaro Yabuki, creator of Black Cat. It is serialized weekly in Weekly Shonen Jump. Drama CD was released in February 2008. An anime series has started on April 3, 2008. A game for both PSP and Nintendo DS will be released in Summer of 2008.
OP
S1. “Forever we can make it” ~ THYME
ED
S1. “Lucky Tune” ~ SANTOS ANNA; “kissの行方” ~ Anna ep 14-
WEB

OP ~ Forever we can make it