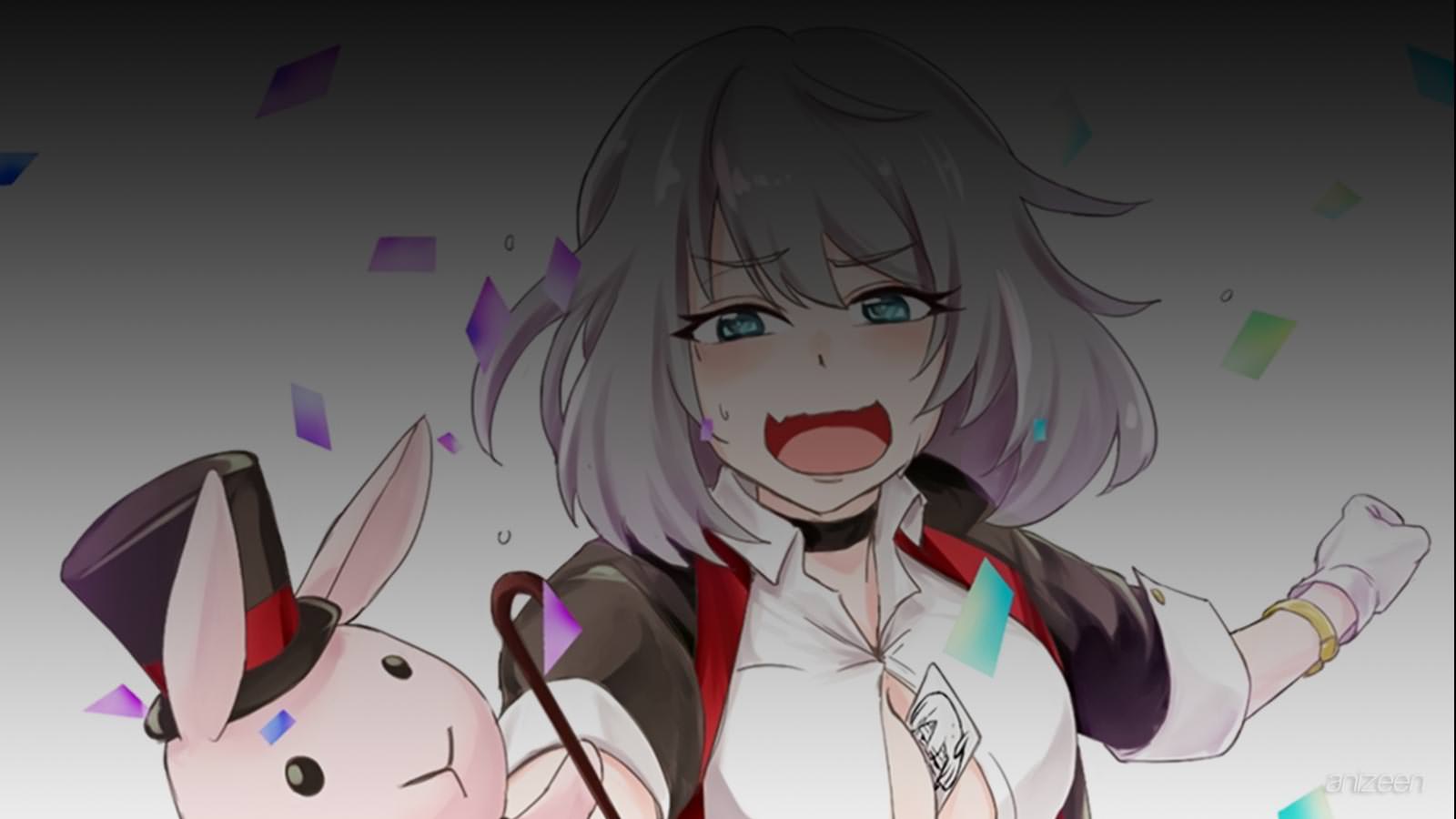 Joshu has enrolled to start his first year of high school, and his teachers require him to join a club. As he starts visiting the available options, he sees something interesting, a magic club.

Joshu decides to take a look, and he sees Tejina, a gorgeous upperclassman wearing the full magician attire. Actually, she knows her business, but she has a massive stage fright, and as soon as she sees Joshu, she begins to make mistake after mistake.

He does not understand what is wrong with her, but as soon as a dove escapes from her hat, he knows she will not succeed with her trick. Tejina gets even more nervous and makes up a mess.

Joshu thanks her and tries to leave, but Tejina really needs more club members and she is able to persuade him to participate in a different magic trick.

As soon as she asks him for a bill, he understands her catch, and despite him begging her not to cut it, she ends with another failure. However, instead of giving up, Tejina tells Joshu that his bill has magically transferred into her wallet.

Later, Tejina is outside, showing her magic to the new students, and she is having a har time. As soon as she sees Joshu, she asks for his assistance.

As confused as he might be, he is actually able to get an awe from the audience, making Tejina feel jealous instantly.

Finally, she is able to setup her amazing box for the next magic trick, and she is meant to escape from it using her abilities.

As the minutes pass by, Joshu begins to worry and decides to run away with the big box, and Tajina inside. The young woman ends up in an awkward position, but she might have found an assistant for the next year.