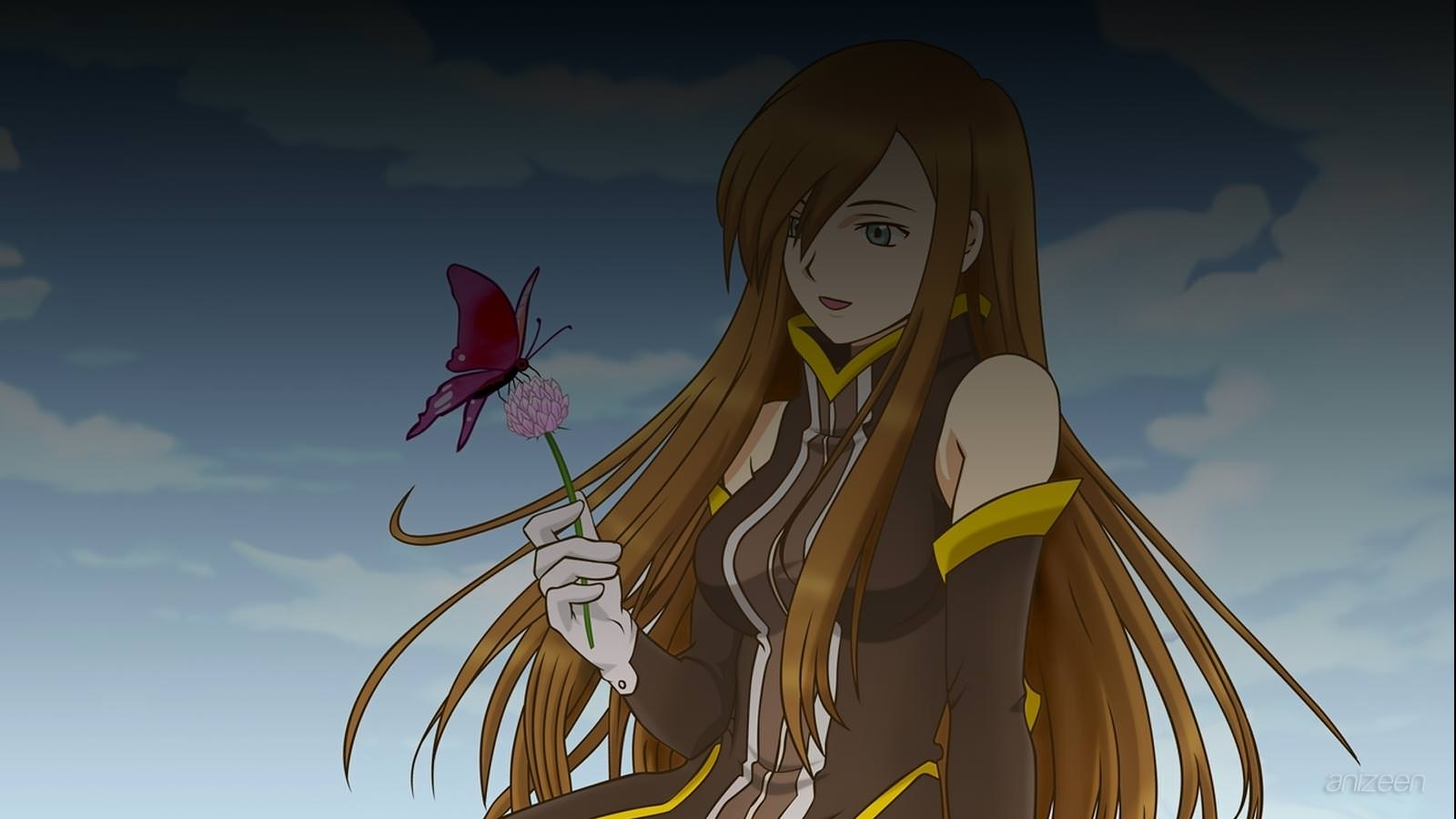 Tales of the Abyss takes place on Auldrant, a planet composed of elementary particles called Fonim. For much of Auldrant’s history, only six fonims were known to exist, representing the elements of Shadow, Earth, Wind, Water, Fire and Light; but eventually a seventh fonim, controlling Sound, is discovered.

In some part of this fantasy world, a prophecy is made about a noble heir who will cause the destruction of all. This prophecy of the future’s set path becomes known as the “Score” and is documented on “Fonstones” scattered throughout the world. The nations of Kimlasca-Lanvaldear and Malkuth have fought over the fragments of these tablets for generations, each uncovering them and hoping to discover the future before the other.

Luke fon Fabre, the son of Duke Fabre of the Kimlasca Kingdom, is 17 years old. He is the Light of the Sacred Flame who is destined to bring prosperity to Kimlasca. The boy grew up to be a spoiled child, but when a mysterious woman breaks into the mansion, this wll set off a chain of events that will drag Luke into the center of a massive conflict between those who would do anything to see the Score carried out, and those who would see it broken forever.

Luke gets into the fight with the girl, whose name is Tear, and is mysteriously teleported far away. When Luke awakens is next to him and apologizes for inadvertently kidnapping him. Luke can’t figure out what is going on, that’s why he agrees to go on an adventure with her. They then get immediately attacked by a bunch of large monsters.

Luke fon Fabre is the only son of a noble family of the Kimlasca Kingdom. Ever since a kidnapping incident when he was ten years old, he has lived isolated in his father’s manor. Early in the story, it is explained that the shock of the kidnapping erased all of his memories prior to the event. Spoiled because of his lineage, Luke is terribly selfish and ignorant of what the real world is like. His only hobby is swordsmanship, training with Van, a soldier and teacher he admires very much. Along with his rough, yet skilled, swordplay, Luke also possesses the ability to create a “hyperresonance” on his own, a sort of power that usually requires more than one person.

Tear Grants is a soldier of the Order of Lorelei, being a Locrian Sergeant of the Oracle Knights Intelligence Division, which presides over the Score. She is a user of the Seventh fonim. Born bearing the name Mystearica Aura Fende, she lost her mother while she was young, and was later raised to be a soldier. She is extremely disciplined and feels compelled to be a soldier at all times. Taught to be quiet and controlled, she can seem cold. In actuality though, she merely represses her feminine side, mostly demonstrated by her love of cute things.

Jade Curtiss is an officer of the Malkuth Empire, Colonel of the Third Division. He’s a very complex character, acting in conflicting ways frequently, though the characters are presented with a very calm and continuously smiling facade. Jade is a sarcastic and pessimistic individual at times; while at others he’ll be honest and logical. The two go hand in hand though- he is sarcastic and his sarcasm usually points quite obviously to what his opinion is. The oldest member of the party, he usually jokes about his age, once stating that his joints ached and he couldn’t do heavy lifting. He is an accomplished Fonic Artes user, and is also good with the spear which he creates using the said artes. Jade almost never shows his true feelings, usually opting to hide behind a smile.

Anise Tatlin is the guardian of the Order of Lorelei’s highest official, the Fon Master. She is a bright and cheerful little girl, but can sometimes show a darker, almost scary side when provoked, and often hide her emotions when she is suffering. She seeks to marry into money, and it seems that she has been conspiring to become Luke’s wife ever since meeting him. As a doll master, she can make her stuffed toy, Tokunaga, gigantic and ride on it in battle as it attacks enemies. She controls the doll by use of various equipable magic rods, with which she can also cast spells.

Guy Cecil is a servant of the House of Fabre. He was originally hired to be Luke’s babysitter, but now he acts like an older brother and best friend to Luke. He considers himself somewhat responsible for how Luke grew up to be spoiled and selfish. He is a swordsman specializing in fast attacks and fontech. Guy is suave and confesses that he “likes looking at beautiful women”, but he is afraid of physical contact with women due to a past traumatic event.

Natalia Luzu Kimlasca-Lanvaldear is the princess of the Kimlasca Kingdom. She is sublime and proud, but at the same time is very humble and feels that the function of nobility is to tend to the needs of their subjects. Her empathy with the common man comes as a pleasant surprise to most, and she is responsible for several popular public works projects. Natalia is also a Seventh Fonist and, like Tear, she has the ability to heal.

Tales of the Abyss
(テイルズ オブ ジ アビス)
Is a console role-playing game developed by Namco Tales Studio and published by Namco. It is the eighth mothership title in the Tales series, and was released for the PlayStation 2 on 15 December 2005 in Japan, celebrating the Tales series’ 10th anniversary. An anime adaptation of the series has been announced for the fall 2008 season, which will be animated by the noted animation studio Sunrise, directed by Kenji Kodama, and written by Akemi Omode. The series started airing on October 3, 2008.
OP
1. “Karma” ~ BUMP OF CHICKEN
ED
1. “Bouken Houkiboshi” ~ Kurumi Enomoto
WEB