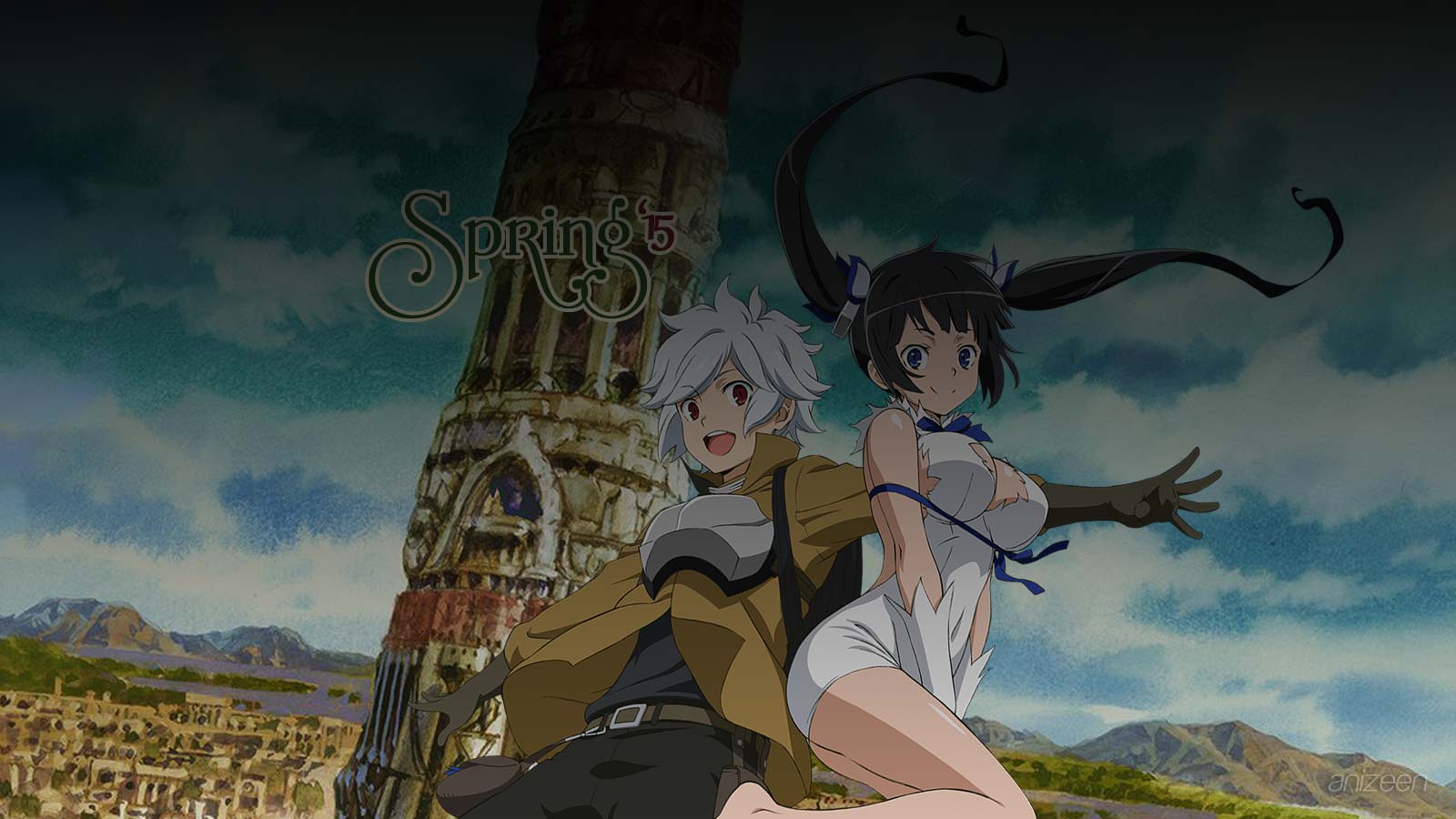 The Spring Anime Season 2015 is here, fast enough for me to say, I have a lot to watch and time has become scarce lately. Won’t deny this season is intriguing in so many ways, there seems to be a lot of interesting series to follow, specially new anime.

With certain amount of urgency, we have the winter ending and giving entry to the new season we have Fate/Stay Night: Unlimited Blade Works and Yamada-kun to 7-nin no Majo (2015). Both with advanced screenings, and already scheduled for the first couple weeks in April.

Remember Nagato Yuki? She is the shy president of the literature club, has never been very sure of herself around other people. But around Kyon, the only boy in the tiny, three-person club, Yuki finds herself faltering even more than usual. In Nagato Yuki-chan no Shoushitsu, Kyon, and her precious club, believe Yuki must find her confidence and let her true personality shine!

In Hibike! Euphoniumm it is spring time and Oumae Kumiko, now in high school, goes to check out the brass band club with her classmates, Katou Hazuki and Kawashima Sapphire. There, Kumiko happens to run into her former classmate, Kousaka Reina. She still remembers the incident with Reina during the brass band contest in middle school… I think she will join the band, right?

Meanwhile, in an ecchi and very sick world… Mochizuki General Hospital boasts some of the best nurses in town. But after-hours spent fighting different sort of diseases they need a break, or not? In Triage X, under the leadership of the hospital chairman, they form a group of mercenary assassins, the target, the “cancers” of society. Beware!

But justice comes in different shapes, and Yukihira Souma only has a thing in his mind, become a full time chef at his father’s restaurant. In Shokugeki no Souma, Yukihira can’t wait, and as soon as he finishes high school, he plans to spend his time surprising his dad with his skills. Unfortunately for him, he is not part of the plan. Yukihira’s father closes the place and moves to Europe. Now, he has a new challenge ahead.

But if you need a challenge, in Re-Kan!, Amami Hibiki can see ghosts and other supernatural phenomena all around her. On a daily basis, she has to deal with life, and life after death.

In a different world, Bell Cranel is eager for adventure, excitement, illusions of honor, and hopes of romance with a pretty girl. In Dungeon ni Deai o Motomeru no wa Machigatte Iru Darouka, Bell will find the little Goddess Hestia, she is also lonely and willing to find followers to achieve her dreams. What can go wrong?

In Kyoukai no Rinne, we get back to Rumiko Takahashi’s world, where Sakura Mamiya has grown up with a special hability, extrasensory perception that allows her to see ghosts. But she is not pleased at all, she prefers to get rid of it at once and for all. Somehow, she ends up in the same class as a shinigami, a guide for spirits. Rinne Rokudo is very special, and sometimes seems to be cheap, but still very grateful when he receives something. The truth is… nah… watch the series, I think it will be awesome!

Now, if I tell you there is an anime with rock music, idols and mimiko girls? Jossie and the Pussy Cats? Well, no… But it is Show By Rock!! where Cyan, our nekomimi lolita, is scouted by Maple Arisugawa, the president of a music agency. Cyan will be part of the Plasmagica band, where she meet a rabiit, a dog and an alien sheep. Who knows if they end up in a private zoo…

In a tougher scenario, a breach between Earth and the netherworlds has opened up over the city of New York, trapping New Yorkers and creatures from other dimensions in an impenetrable bubble. After many years, in Kekkai Sense, someone is threatening to sever the bubble, and a group of stylish super humans is working to keep it from happening.

But it is spring after all, right? The love is in the air, and birds sing everywhere… well almost. Anyway… love is indeed in the air as you meet with Gouda Takeo, a giant guy with a giant heart. Unfortunately, girls are unable to see him because of his good looking friend Sunakawa. Takeo simply stands tall and accepts his fate, but one day, everything will change as he meets a girl named Yamato.

As you can see, there are some interesting plots around, enough for you to enjoy the season. And don’t forget there are also new series for well-known anime, so, kids from the 90s… no I didn’t forget you, Digimon is back with Digimon Adventure Tri. Please don’t go crazy!

I’m done! Have fun and be happy!