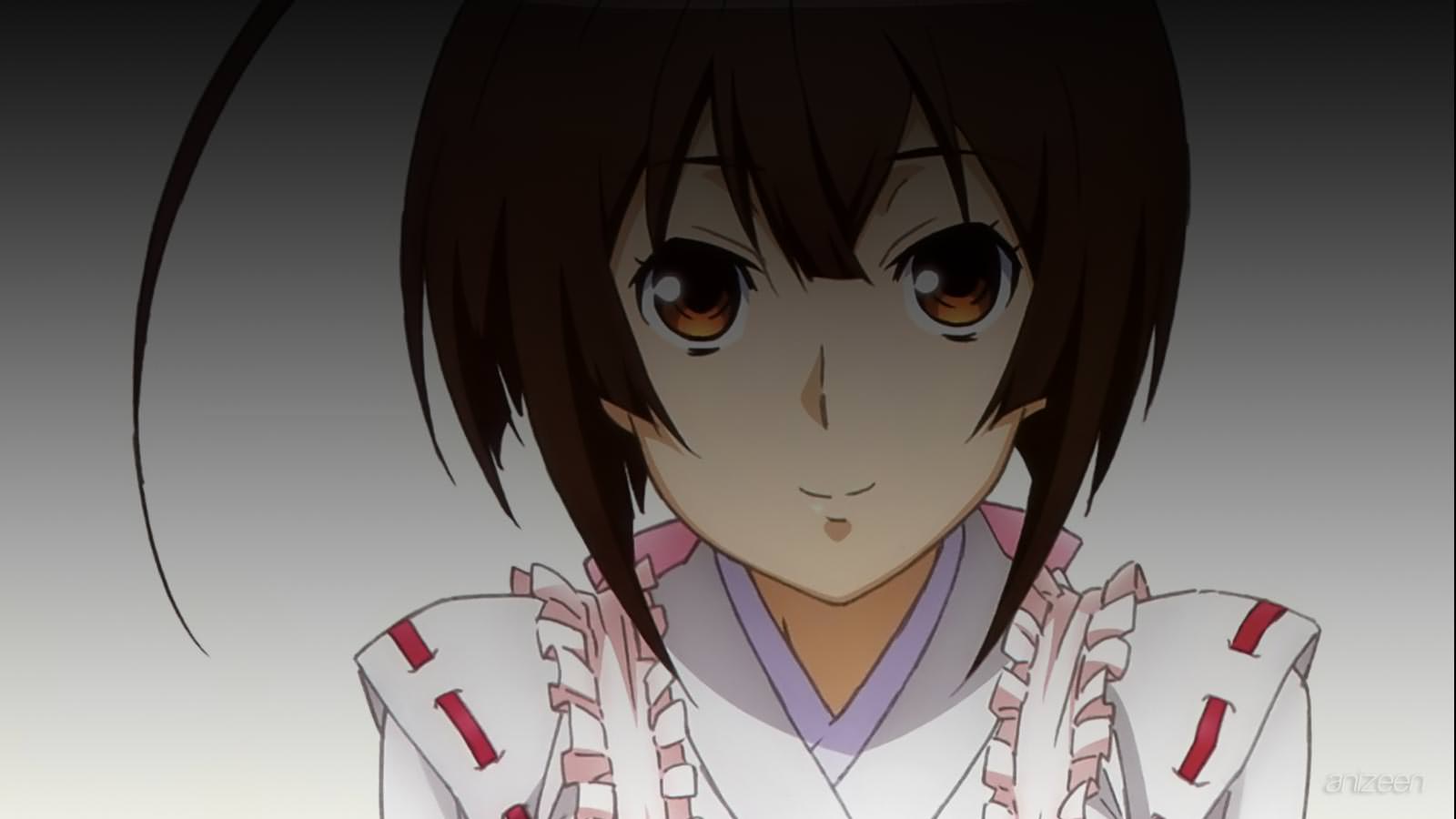 Minato Sahashi has failed the college entrance exam twice, is awkward around women, and unemployed. Growing up, he could never stand up to his mother or little sister, a trend that continues to this day.

In reality, Minato is extremely intelligent, yet his inability to cope under pressure results in his constant failure. As a result he has been branded an idiot and loser by many. One day, Minato meets a girl named Musubi, who literally falls from the sky.

Minato soon learns that he is an ‘Ashikabi’, humans with special genes that allows them to partner with ‘Sekirei’. The Sekirei are super-powered beings created by the mysterious MBI corporation. Made up of cute girls, buxom women, and bishounen, the Sekirei fight in a dangerous and sometimes deadly competition called the ‘Sekirei Plan’.

With the entire city of Tokyo as the battlefield, the Sekirei seek out those humans who are destined to become their Ashikabi partner. Minato soon learns that being the partner of a beautiful girl is not all fun and games, especially when he discovers that an Ashikabi can have more than one Sekirei partner, and that’s where the real trouble starts.

Minato Sahashi is the main protagonist. Minato’s known family consists of his mother and younger sister. Minato is extremely intelligent, yet due to his inability to cope under pressure has failed the college entrance exam twice. As a result he has been branded an idiot and loser. He met Musubi by a stroke of luck after failing the exam the second time while Musubi was being attacked. As a consequence of their meeting, Minato discovers that he is an ‘Ashikabi’, a person that can “wing” (ie. form a contract with) Sekirei.

Musubi is Minato’s first Sekirei and the story’s main heroine. She met Minato when she fell out of the sky. After hearing Tsukiumi say that she is Minato’s wife she decides that she is going to be his wife too. She is very naive and often says things she does not understand, and is often the most ‘childish’ of Minato’s Sekirei, even more so than Kusano. She also eats a lot (her name means rice ball). At times she has a ferocious bear appear behind her – the reason given is because she is Miya’s disciple.

Kusano is Minato’s second Sekirei. Commonly referred to as ‘Kuu-chan’, she is also known as the “Green Girl” by other Sekirei. She calls Minato, Onii-chan, and is the most attached to him. She does not like fighting or quarrels and she can be seen stopping them when they start. She has expressed a desire to be Minato’s wife when she grows up.

Matsu is Minato’s third Sekirei. Matsu is a computer genius and hacker. Despite her high intellect, she is very perverse and often comes up with schemes related to ‘experimenting’ with Minato. Matsu uses a vast network of satellites and spying devices to gather large amounts of information and has even succeeded in hacking the MBI mainframe computer. As a result, she is being chased by MBI and lives in a secret room at the Inn.

Tsukiumi is Minato’s fourth Sekirei. She first appears to him in a dream saying that she would kill him. This was due to her desire to be the strongest, and demonstrate that Ashikabi were not necessary to win. However, when they finally met she was persuaded into becoming his Sekirei. She refers to herself as Minato’s ‘legal wife’ and is very possessive of him. She is the most aggressive of Minato’s Sekirei and has a very short temper; she very rarely smiles.

Kazehana is Minato’s fifth Sekirei. She first ‘met’ Minato at the “Izumo Inn” after she stumbled into his bed in a drunken stupor. It has been hinted that she knows Minato’s father. Despite Minato’s lack of ‘manliness’, his concern and love for his Sekirei caused Kazehana to develop feelings for him and she eventually become his Sekirei. Like Tsukiumi, Kazehana addresses herself as Minato’s ‘wife’. Normally, Kazehana displays a very relaxed personality and often becomes giddy when discussing matters of love.

Homura/Kagari is Minato’s sixth Sekirei. The self-proclaimed ‘Sekirei Guardian’, he used to protect ‘unwinged’ Sekirei. Homura’s power and gender are unstable; however, he continues to think and act as a man even after his body started becoming female (called ‘feminization’ in the manga). For a long time, he lived under the alias ‘Kagari’, a popular host club entertainer and only Miya, Uzume, Matsu and Kazehana knew his true identity. Homura began reacting to Minato after he came to the Inn, causing Homura great stress over his potential Ashikabi being male.

Miya Asama is the landlady of Izumo Inn. She specializes in swordsmanship. Takehito, her husband and supposed Ashikabi, worked at MBI as a researcher, but supposedly died of reasons yet to be revealed. She states she never refuses anyone needing shelter; however, she prohibits fighting in her house.