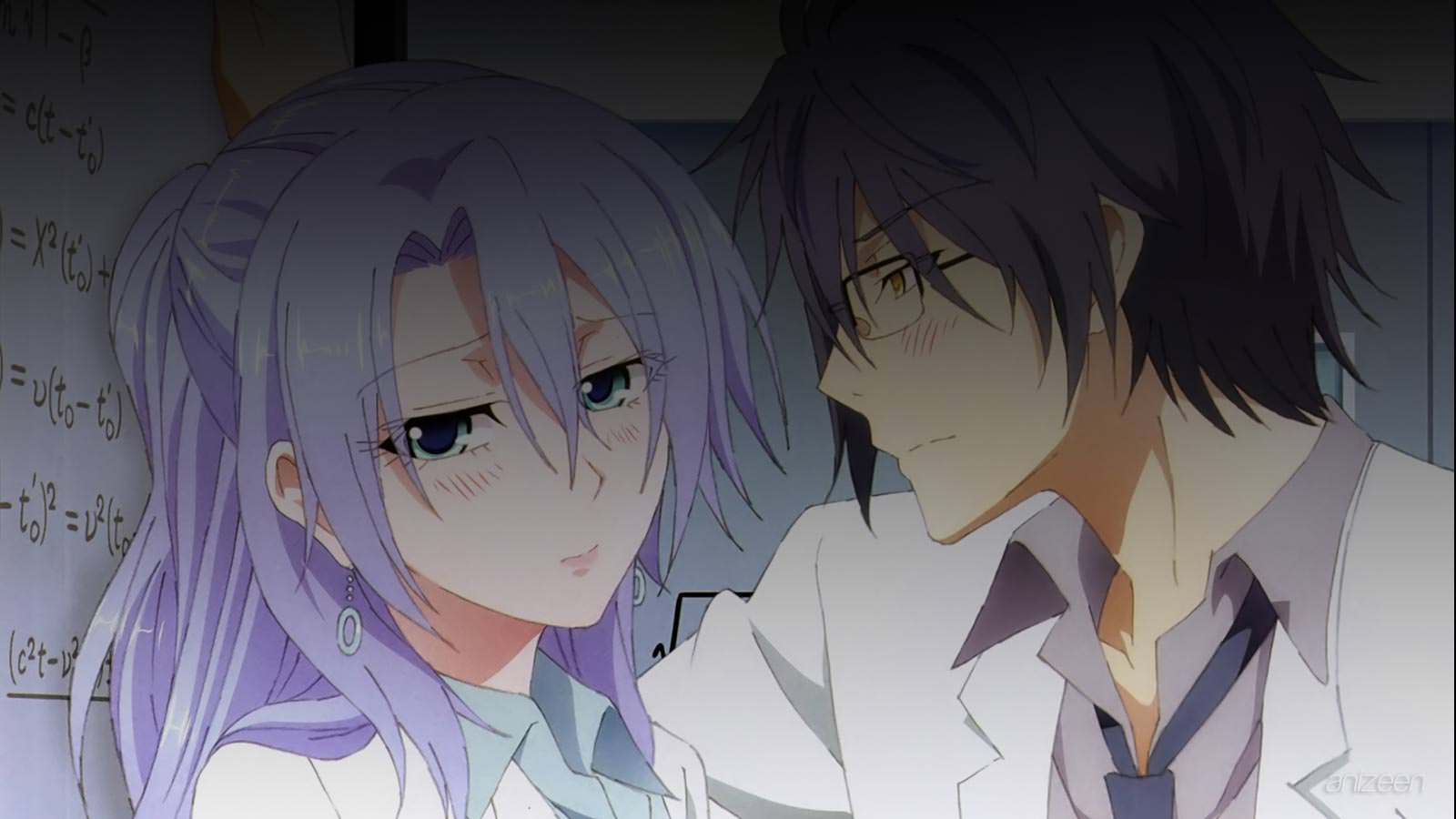 It is believed that science can provide a rational explanation for the countless phenomena of nature, if not the whole universe.

Though, science itself fails to explain human emotions, especially love, however, for Shinya and Ayame, a couple of young and brilliant scientists, there are no boundaries.

One day, Ayame comes to work and finds Shinya already busy with his work, he complains to her for being a couple minutes late. As they begin to talk about an upcoming presentation, Shinya tells Ayame he will make sure she can understand him.

Instead of arguing with him, Ayame confesses she seems to be in love with him. Shinya is embarrassed, but does not hesitate to tell her he has no experience with romance. However, he considers Ayame an intelligent scientist, and even a rival.

He claims to have some feelings for her… but how do you define “love”? Shinya asks her for evidence to determine if she is indeed in love with him.

For a scientist like her, it is natural to begin a research, apply a method and explain her true feelings. After a while, she has enough numbers to depict a pie chart, she even has determined that Shinya appears on her dreams and makes her heart rate increase when they are together.

Shinya is so focused to find an hypothesis, that he does not seem to realize the way Ayame looks at him. On the other hand, her scientific spirit tells her to find the truth, but she is clearly flustered.

Later, Kotonoha, one of her coworkers shows up, just to find the couple arguing that love can be resumed into numbers, that a formula should be able to determine if they are or not in love.

Kotonoha wonders if they will be alright, they can be ridiculous at times. After a while, she understands that no matter how many experiments they try, there might be no conclusion at all.

Ayame understands, however, she would like to try more experiments.