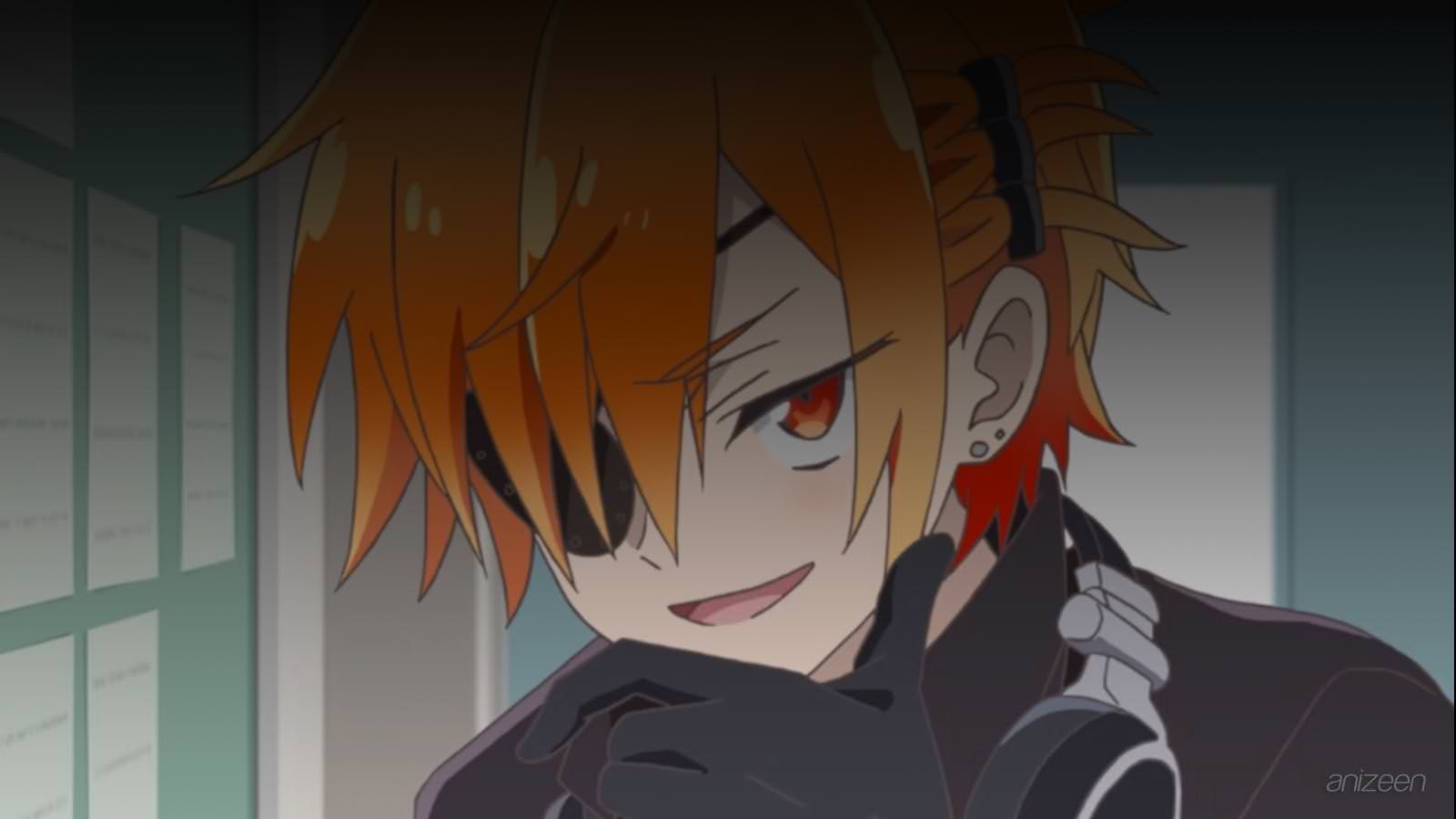 Seri aspires to become a better student, he really tries, however, for some reason he is sit next to an old acquaintance, Kabuto.

Since middle school, Kabuto acts awkwardly and clumsy, claiming to be someone fantastic. He covers his right eye, and avoids removing it at all cost, in case it happens, a darker alter-ego with the name of Michael Offenbarung Dunkelheit is set free and something terrible might happen.

For Seri, being next to him is so inconvenient, his grades are worse by the day, and he cannot concentrate at all.

One day, Kabuto enters his classroom all soaked, holding a los puppy, and begins to tell a fantastic story. His classmates simply listen, but Seri ends up annoyed by every word he claims.

On the other hand, is Utsugi, usually bored, who loves to push Kabuto to continue with his story and entertain him.

For their schoolroom teacher, having such characters in class has become an issue, and now, they have the worst grade average.

He decides to form teams and make then gather and study together, the worst team will have to plan the next class trip.

Seri freaks out immediately, he is in the same team as Kabuto and Utsugi, and he thinks they will drag him to be the worst team in class.

As soon as they sit in the library, Seri thinks it is a lost cause, Kabuto is always distracted y his fantasies and he finds out that Utsugi draws a dramatic manga out of his lessons.

Seri is frustrated and tries to relax away of them, he decides to hide in his own fantasy inside a video game, however, Utsugi comes a bit later and joins his game, claiming he is able to modify it.

At that moment, a different player joins, it is Kabuto and his endless fantasies. Seri is sick of this pair, but his personality is not exactly the best and he has no other friends to look after.

After the test is done, somehow, Seri is able to improve his grades, just to find out that Utsugi has a perfect score and even with his delusions, Kabuto is a better student than him.