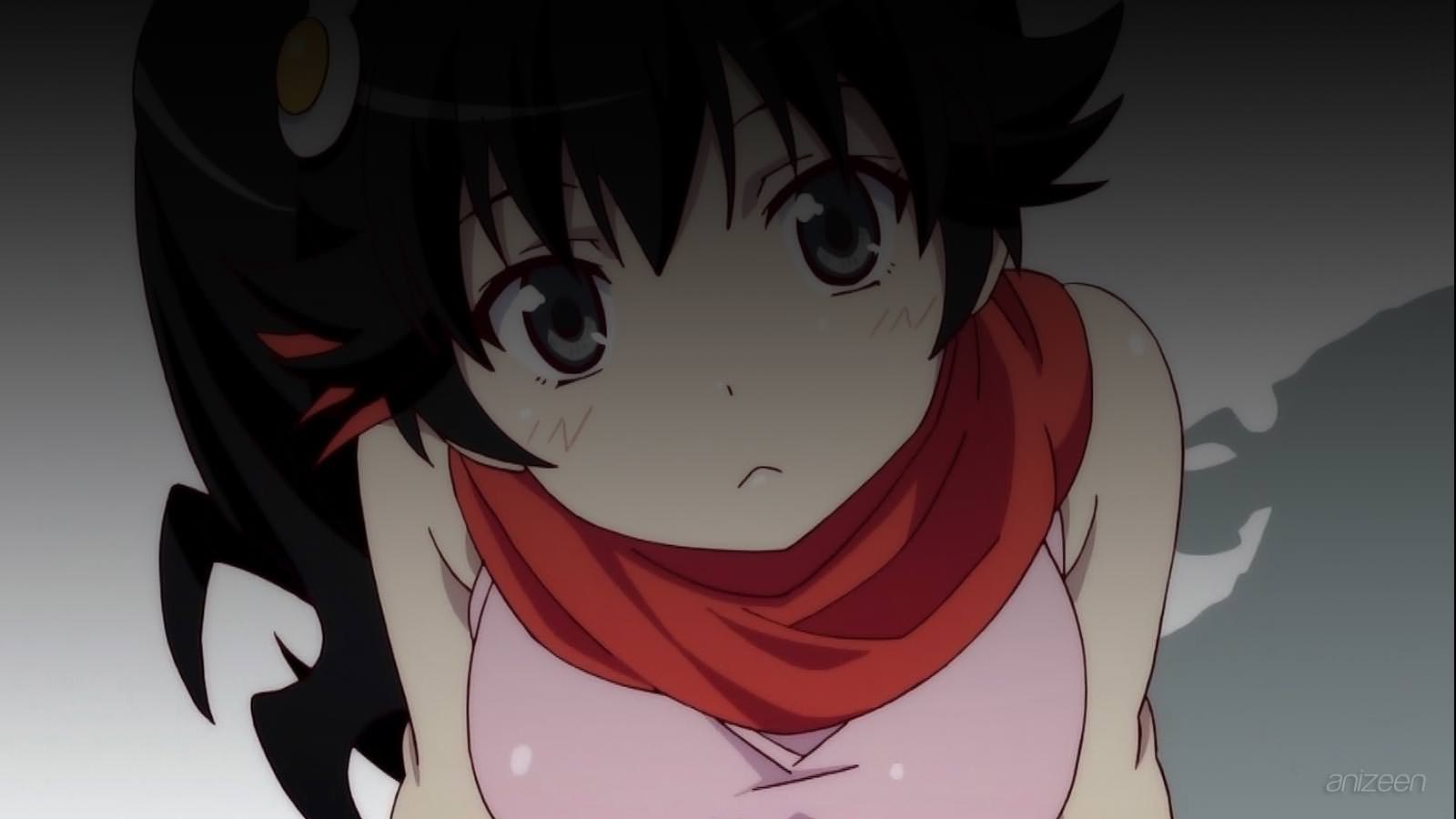 Koyomi Araragi is a third year high school student who has survived a vampire attack, and finds himself mixed up with all kinds of apparitions; gods, ghosts, mythological beasts, and spirits.

Koyomi wakes up just to find he is on an unknown location, and it seems he has been kidnapped. As he opens his eyes, he understands that he is held captive by Hitagi Senjougahara who claims that she is keeping him imprisoned for his sake.

For Koyomi, the main problems are that he is tied, he can’t move and he is starving and thirsty. Hitagi seems to be enjoying as Koyomi humiliates himself for a drink of water and a rice ball. But also, Koyomi understands that Hitagi is doing this with an important purpose in mind. Unfortunately, Hitagi doesn’t want to share the story with him.

That’s when Koyomi starts to remember what happened the day he was kidnapped. It’s summer time and Koyomi has being tutored daily by Hitagi and Tsubasa Hanekawa. But today he has nothing to do and is really bored, so he decides to do soemthing different.

Koyomi has a couple sisters Tsukihi and Karen; they have clashing personalities and are always fighting Koyomi. He tries to guide them and to keep them away from troubles, but they usually end up creating big ruckus in the neighborhood. Tsukihi asks him why is it that he has stopped fighting Karen, he says that she has grown taller than him, and because she practices regularly martial arts, he doesn’t want to get hurt.

Deep inside, Koyomi thinks he can’t fight anybody, after all, sometime ago he was a vampire. Koyomi steps out of the house to visit Nadeko Sengoku and bumps into Mayoi Hachikuji, a lost ghost girl who had an accident when she was still alive.

Koyomi has seen a lot of strange things in his life, so he is not surprised that Mayoi is still around after a while. Now, a black swindler Kaiki Deishuu, who once deceived Hitagi, returns to town and starts spreading its incantation.

Koyomi Araragi is a third year high school student who is close to failing every class except math. He is an ambidexter, because he usually uses his left hand, but he writes by the right hand. He suffered a vampire attack time ago, and he is still scared by the sunlight. He has a couple sisters, Karen and Tsukihi, who will star in this series.

Karen Araragi is the main character of Karen Bee, she is one of Koyomi’s sisters. She is older than Tsukihi and always doing outdoor activities. Despite being younger, Karen is taller than Koyomi, much to Koyomi’s dismay.

Tsukihi Araragi is the main character of Tsukihi Phoenix, she is one of Koyomi’s sisters. She’s the youngest of Araragi family. Unlike her sister, Karen, she is always doing indoor activities. Contrary to her personality, she constantly changes her hair style and is short-tempered to the point that Koyomi describes her as having hysteria.

Shinobu Oshino is a girl who lives with Meme in the abandoned building. She appears to be an eight-year-old girl, but she was originally a beautiful vampire who had lived for more than 500 years. After the events at the end of Koyomi Vamp, she was left in a weakened condition with no powers or traces of her original personality.