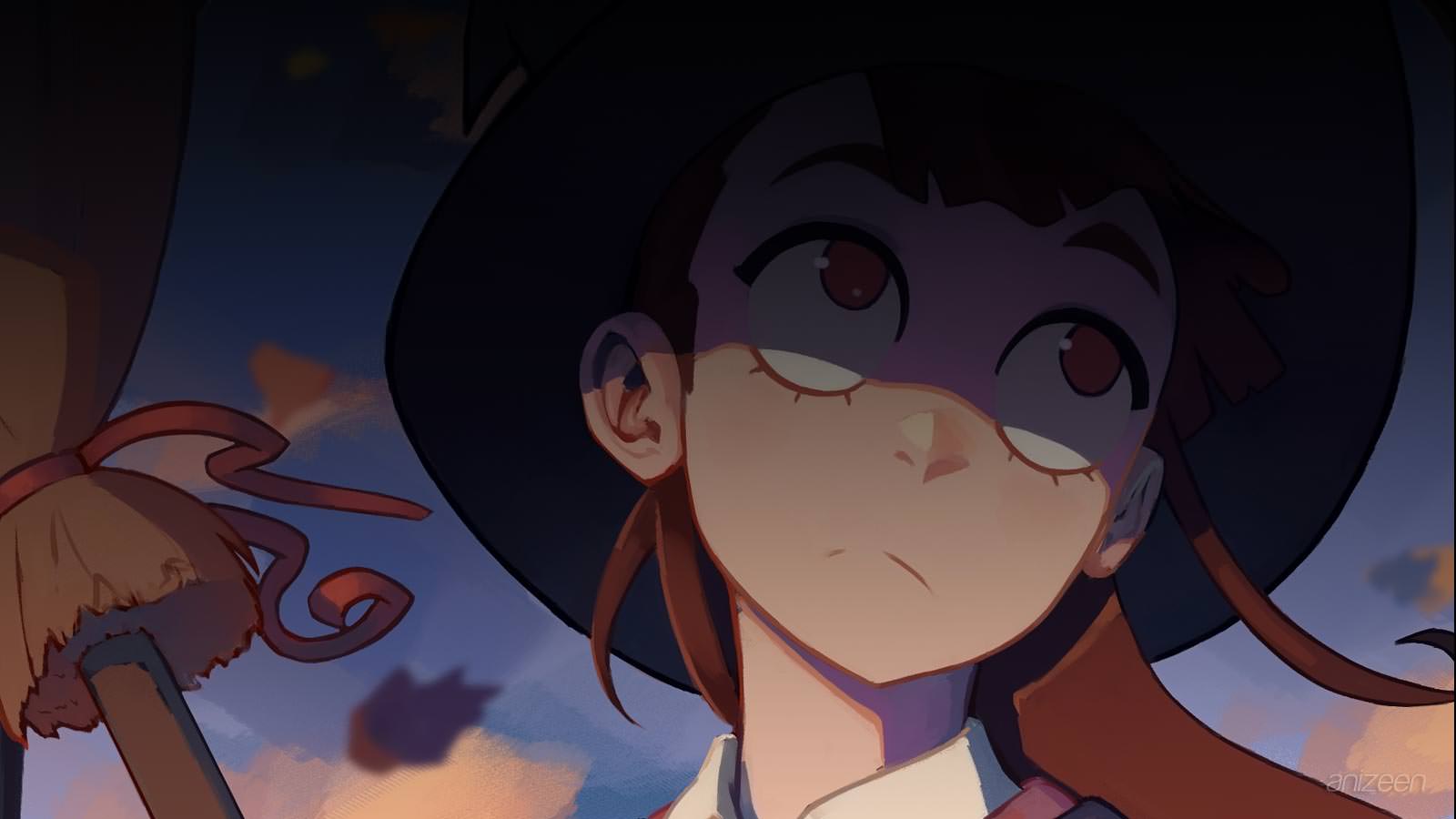 As a child, Atsuko fell in love with magic; however, magic is on decline and out of modern society. Despite that feeling, she cannot stop believing.

Atsuko decides to join Luna Nova Academy in order to accomplish her dream, becoming an extraordinary witch, just as her child idol Shiny Chariot used to be.

In the past, Shiny Chariot showed her magic to the world, something nice for humans, but disappointing for the witch community. After the commotion, she has not been since in years.

Atsuko finally arrives to her destination, but before entering the academy, she must find it. She begins asking for directions, but no one in town seems to understand her.

After a while, she figures it out, and finds out that witches can be mischievous and a little mean to her. Unable to fly into a magic portal directly to Luna Nova, she meets Lotte, a kind witch who decides to give her a lift.

Unfortunately, the smooth ride is interrupted and they are dragged alongside another witch named Sucy into a forbidden forest.

One of the academy teachers find out and parts to help them. In the meantime, Atsuko tries to get along with Sucy, who has a dangerous idea to get out of the magic forest.

Somehow, Atsuko finds a magical item and is able to activate it. She is only a human, but her magic is powerful enough to defeat the arising menaces.

At the academy, Atsuko soon discovers she is in serious disadvantage compared to the other girls since she doesn`t come from a magical family and is required to learn the magical curriculum from scratch.

Having found an item that once belonged to Chariot, Atsuko must discover how to activate and properly use the mysterious Shiny Rod as she hopes it might lead to finding out what has truly happened to her vanished idol.