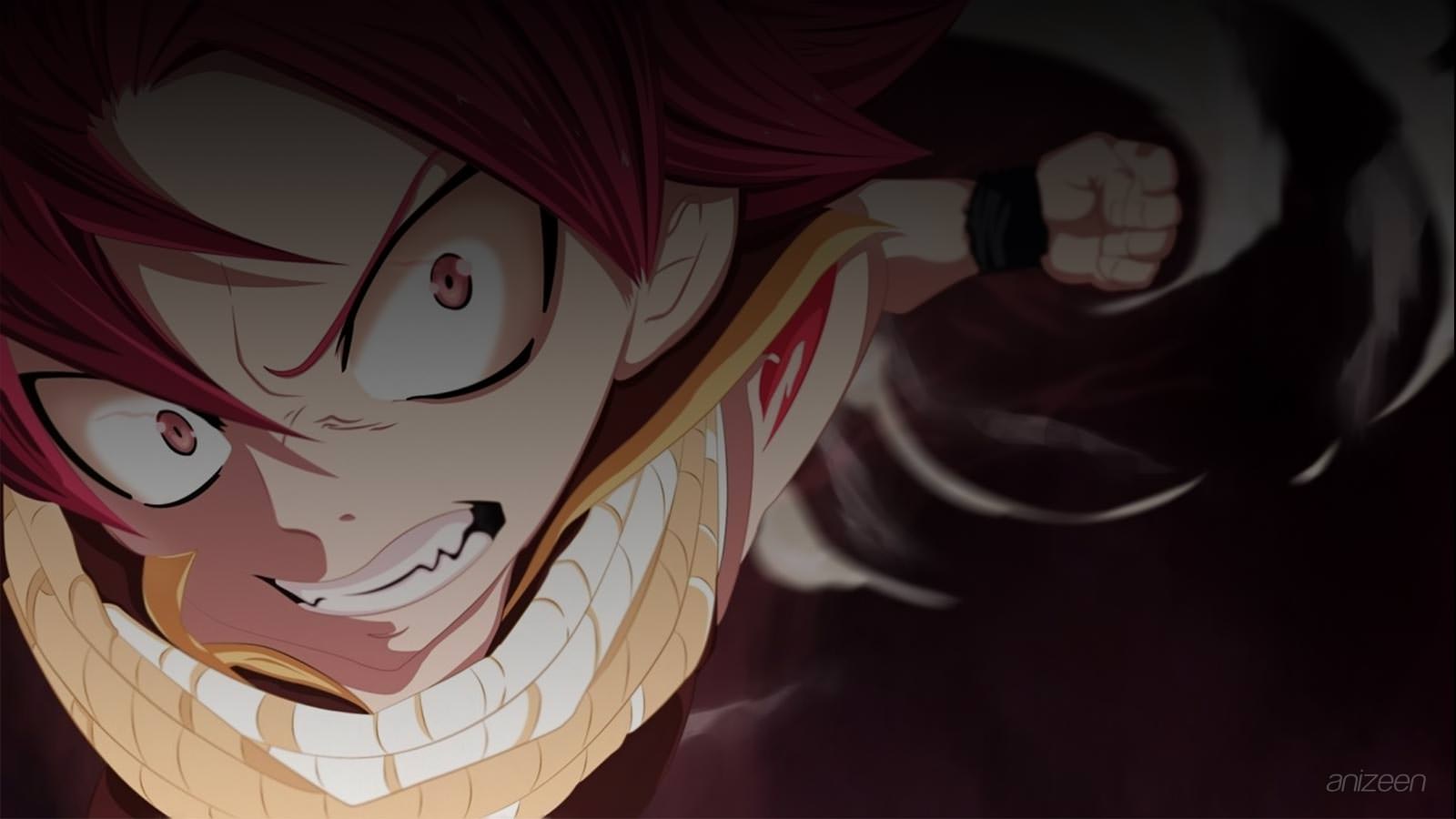 A young sorceress, Lucy Heartfilia, comes from a wealthy family; her father owns a large valley that serves as his estate’s garden. After the death of her mother, she leaves her father and his fortune to prove that she can follow her own path.

This is how Lucy travels to the land of Fiore to join the renown magical Fairy Tail Guild. She practices Celestial Spirit magic, a skill that allows her to summon spirits from another world using Gatekeys.

Along the way, she meets Natsu Dragneel, a teenage boy looking for a dragon named Igneel. He has a reckless and headstrong nature, but he is also a skilled tactician and can pick up on an opponent’s abilities and weaknesses very quickly.

Shortly after their meeting, Lucy is abducted by Bora of Prominence, who was posing as “Salamander” of Fairy Tail, to be sold as a slave.

Natsu rescues Lucy and reveals that he is the real Salamander and has the skills of a Dragon Slayer. He offers her membership into the guild, which she accepts, and they become a team performing various missions for the Fairy Tail guild.

Natsu Dragneel has a carefree and reckless nature and constantly bickers with other members of the guild. He has a competitive relationship with frequent teammates Gray Fullbuster and Erza Scarlet. He was raised by the dragon, Igneel, who taught him how to talk, write, and use an ancient style of magic known as “Dragon Slayer“.

Happy is a blue, talking cat with the ability to use magic. Although he is a cat he is full fledged member of Fairy Tail, and enjoys going on jobs involving fish. In keeping with his name he is generally quite happy, and is more cool-headed than his partner, Natsu.

Lucy Heartfilia joins Fairy Tail at the start of the series, having always wanted to be a member. She is always teamed with Natsu when on a job, though the frequent battles they get involved in have left her wishing she could do an easy job by herself.

Gray Fullbuster frequently teams up with Lucy and Natsu when they go on a mission. Natsu and Gray have a very brotherly, albeit competitive, relationship, with Natsu picking a fight with Gray whenever he says something that might be seen as insulting. Lucy theorizes that their constant fights are a natural byproduct of the magic styles.

Erza Scarlet is a very strong individual and can lift things weighing several tons with great ease. Natsu, with whom she frequently teams up with when going on missions, constantly challenges Erza to fight. Erza is very stern and places great value on the rules of Fairy Tail; if someone steps out of line or is slow to do as she asks she does not hesitate to punish them.