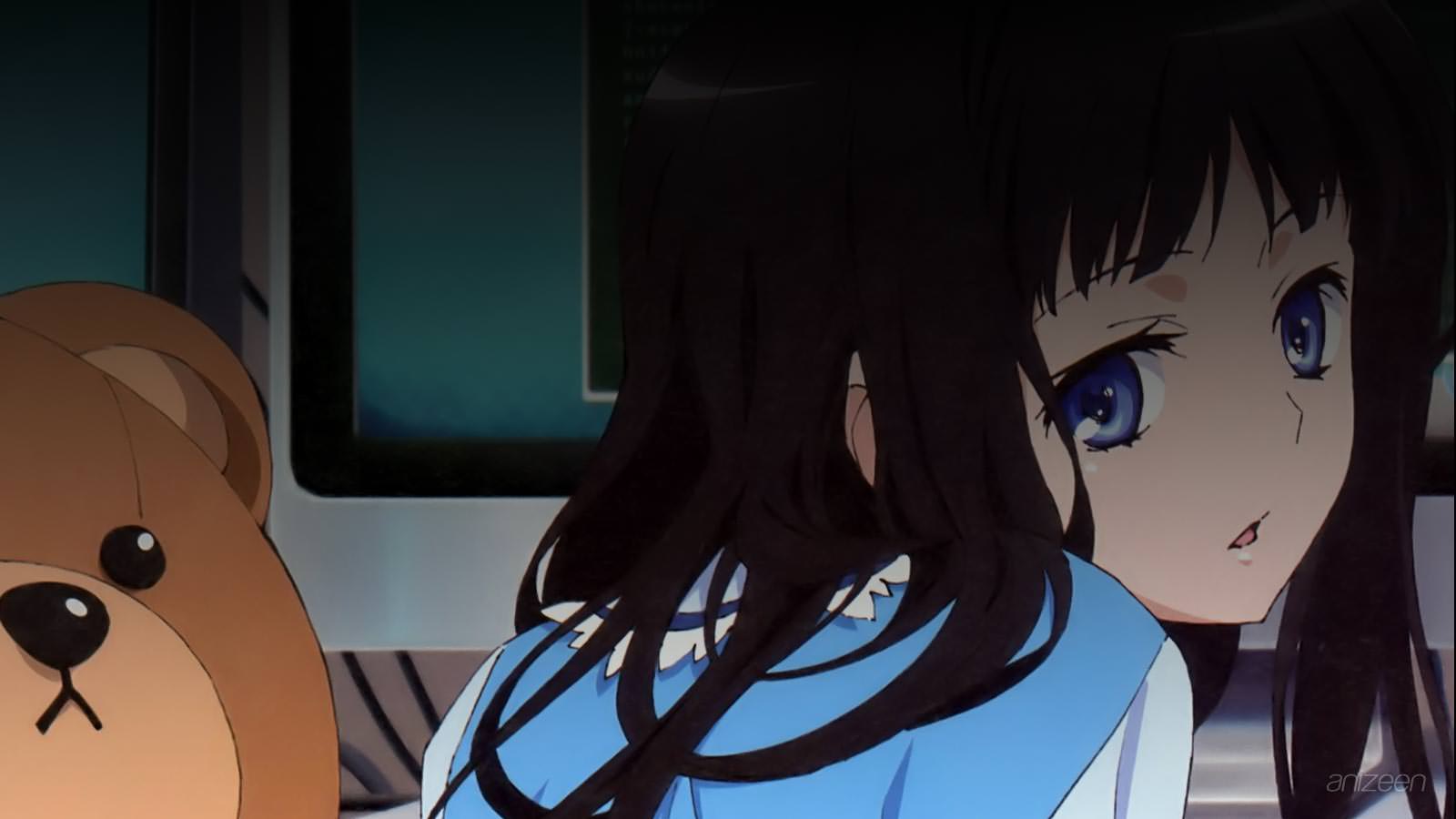 Narumi Fukushima just moved to Tokyo, and right away he finds himself in the middle of a commotion.

As he walks a girl jumps out of an hotel’s window, after that, an old man runs away. Narumi wonders what is wrong and just as he is set to help the girl someone points a weapon in his back. The next thing Narumi knows is that he doesn’t stand much and is completely ignored by some strange guys that seem to help the young girl.

As Narumi starts classes at his new High School, he still thinks about that episode and the fact that he is ignored quite often. Suddenly he will find out that he actually has someone looking upon him. Ayaka Fujishima is an energetic classmate of Narumi, but he didn’t realize it.

Now, Ayaka has found a new friend and she waits no more than some minutes to drag Narumi to help her with her gardening club activities. Narumi is quite introvert and the loud and cheerful personality of Ayaka seems to overwhelm him.

Ayaka tells Narumi that she works part time at a well-known Ramen Shop, and that she will invite him a delicious ice cream prepared there. Narumi will find out that the strange guys that saved the gilr days before are friends of Ayaka, and that she has told them about him.

From nowhere, the three guys receive a phone call from someone named Alice. They stop everything to attend her call, the result, is that Alice wants to eat a strange combination of ramen, and that someone has to deliver it. In the end Narumi is again ambushed and has to take the ramen into a dark, cold and mysterious apartment.

There is a girl Yuuko Shionji, or Alice, that looks really young, who wears a teddy pajama and is surrounded by a lot of plushies. Narumi will also learn that she is the leader of a group of private investigators that called themselves NEET or Not in Education, Employment or Training.

Yuuko Shionji -Alice- is a mysterious girl who lives on the third floor over Hanamaru ramen shop. She calls herself Alice (a mixed reading of the kanji for Yuuko) and a “NEET Detective”. She is known to be a hikikomori and a cracking genius. Her diet is based practically only on Dr Pepper and she suffers a severe insomnia. She always wears bear patterned pajama and she is always surrounded by a pile of teddy bears. She is the brain of the NEET Detective Team and gathers information to solve the cases with her laptop without stepping out of her bedroom.

Narumi Fujishima is a common high school student. He lives with his older sister and because of several school transfers he has become introverted. He is introduced to Hanamaru by his classmate Ayaka, where he meets Min (the shop owner), Alice, and the NEET Detective Team members.

Ayaka Shinozaki is Narumi’s classmate. She is a very active and cheerful girl. She works part-time at a ramen shop called Hanamaru. She is the only member of the gardening club, and make Narumi to join her, starting a friendship with him. Soon after, she mysteriously jumps off from the school roof injuring herself and falling into a coma. This motives Narumi to make a request for Alice: find out why she jumped off from the roof.

Kamisama no Memo-chou: It`s the Only NEET Thing to Do.
(神様のメモ帳 It`s the only NEET thing to do.)
Is an anime series based in a Japanese light novel series written by Hikaru Sugii, with illustrations by Mel Kishida. The first volume was published in January 2007, and as of July 2011, seven volumes have been released by ASCII Media Works under their Dengeki Bunko imprint. A manga adaptation illustrated by Tiv started serialization in the August 2010 issue of ASCII Media Works’ Dengeki Daioh magazine. The anime adaptation began airing in Japan in July 2, 2011.
OP
1. “Kawaru Mirai” ~ Choucho
ED
1. “Colorado Bulldog” ~ MR. BIG ep 1; “Asunaro” ~ Kenichi Suzumura eps 2-
WEB