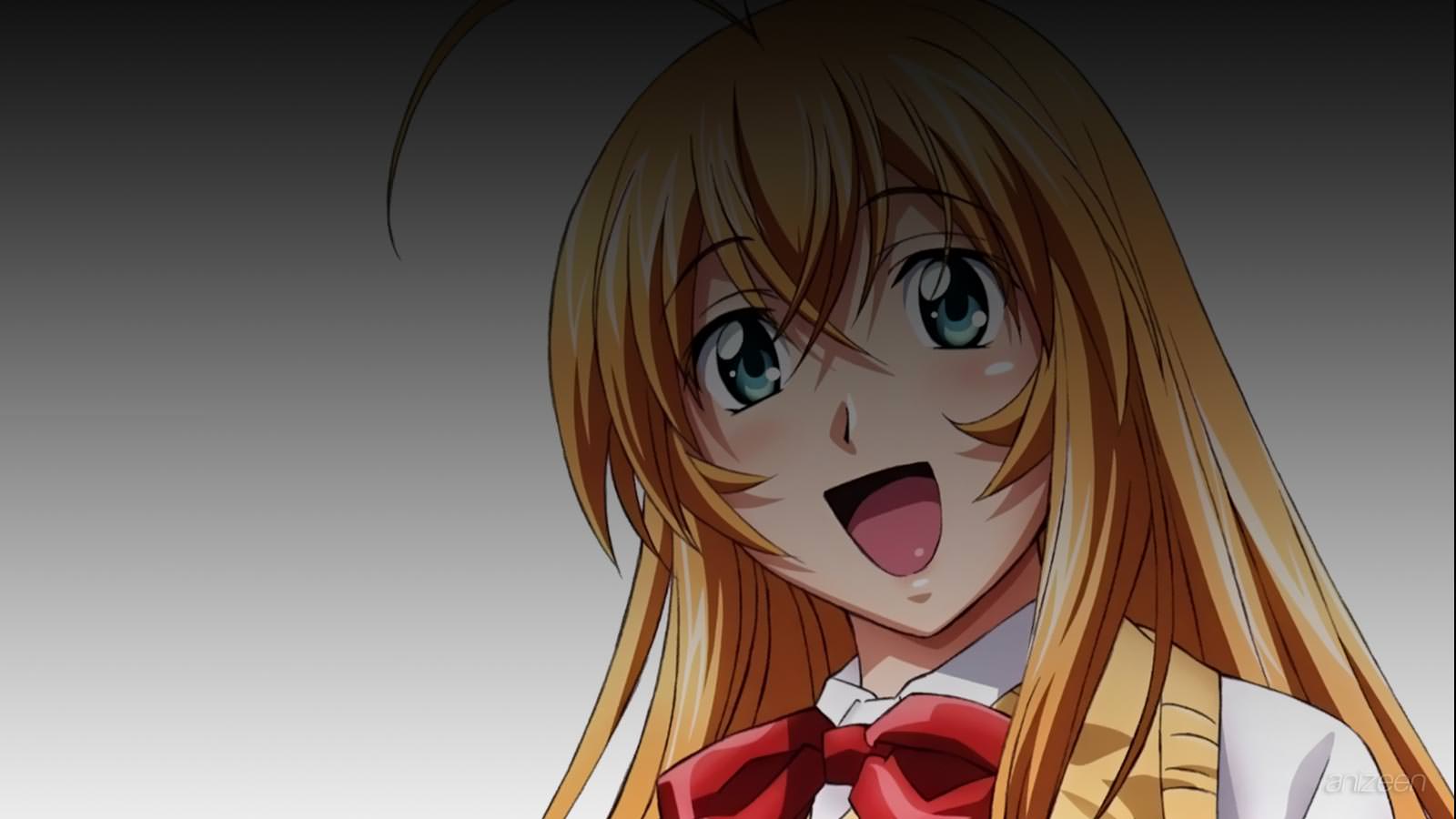 Seven schools in the district of Kantou are constantly at war with each other, and the students within — both male and female — have become skilled fighters and constantly battle with rival schools. Their lives and fates are guided by strange jewels, called magatama, that contain the spirits and destinies of warriors from the Three Kingdoms period of China, and also change colour according to the ranking of its bearer.

The ultimate purpose of each of these high-school fighters, known as toushi, is to become stronger than all others and ascend to become the eponymous Ikki Tousen — a relatively obscure yojijukugo which, literally translated, means “one rider who is the match of a thousand”. The destinies of those who wear the magatama, though, have repeated time and time again for the past eighteen centuries — without fail — and the carnage is immense each time around.

For Ikki Tousen – Great Guardians, preparing for the battles to come, tournaments and to fight against new opponents from over the world, Hakufu is working to have enough money to make her dream true.

But she doesn’t consider that new allies and enemies will come to scene, and also being a weak leader to the eyes of her companions. A new girl, Sonken Chuubou, arrives and intoduces hersefl as Hakufu’s sister. She doesn’t even know her mom’s past so better to star from the local stuff before attempting to go worldwide.

Sonsaku Hakufu is a busty, blonde haired, green-eyed, not terribly bright but immeasurably powerful despite only being a D-ranked toushi. Hakufu cares little for the politics involved between the toushi, only caring about fighting for the sake of fighting, but is staunchly against unnecessary violence and killing. Hakufu possesses a unique gift for predicting enemy moves very accurately by reading the flow of chi around her opponents, which occasionally makes her seem brighter than she is. She also inherited Master Chouchou’s knowledge of chi magic, and, while currently unaware of this, is able to use it partially by instinct. Choushou passed it to her spiritually while Hakufu was unconscious; this is how she healed Koukin after she stabbed him and extracted the evil chi from his body into her own.

Ryomou Shimei is an odd girl with short blue hair and green eyes, a distinctive mole on her left cheek and a very strange history, mainly tied to her mysterious left-eye patch. She is not shy or spoony and acts uninterested in relationships. She doesn’t have a past relationship to Seito and Ryubi either. Instead her dragon appears to be her own, though how she got it is not known. Ryomou is in love with Saji and cares for Teifu. Ryomou has always fought for the fun of it and considers herself no one’s woman. Presumably because of her dragon she has a minor split personality; one is fairly shy and normal and the other is psychosexual. Her psycho side is not nearly as bad as Ryubi, Sousou and Hakufu.

Shuuyu Koukin is Hakufu’s rich cousin and an attractive pretty boy; both Kanu and Ukitsu have expressed exclusive interest in him. He has a crush on his cousin and is generally shy and well-meaning, making life very difficult for him.

Gakushuu is a large muscular man with a scary face but a very nice personality. A man of honor to the very core, he prides himself in this and in his rippling muscles but usually gets beaten by all but the weakest of opponents.

Ryofu Housen is a strong fighter with a very promiscuous personality and a habit for dressing skimpy. She was very skilled at making chi-blasts and was in love with both Saji and her best friend Chinkyuu. She was found by Myosai, and the two fought each other. Myosai’s skill added with Ryofu’s failing health was enough for Ryofu to be defeated. She was saved from Myosai’s killing blow by Chinkyuu.

Ikki Tousen: Great Guardians
(一騎当千 Great Guardians)
Or “Bakunyuu” Hyper-Battle Ikki Tousen is an anime series loosely based on the manga by Yuji Shiozaki, which is in turn based on the classic Chinese novel Romance of the Three Kingdoms. The series is known for being full of fan service, featuring a very large cast of attractive young girls, who fight in short skirts and dresses, in addition to numerous other ecchi situations. The third season, called Ikki Tousen – Great Guardians, has been begun airing as of summer 2008, involving a brand-new storyline and added characters. One of the new characters introduced is Sonken Chuubou, based on Sun Quan.
OP
S1. “No x Limit!” ~ Ami
ED
S1. “Kage” ~ Asaha rio
WEB