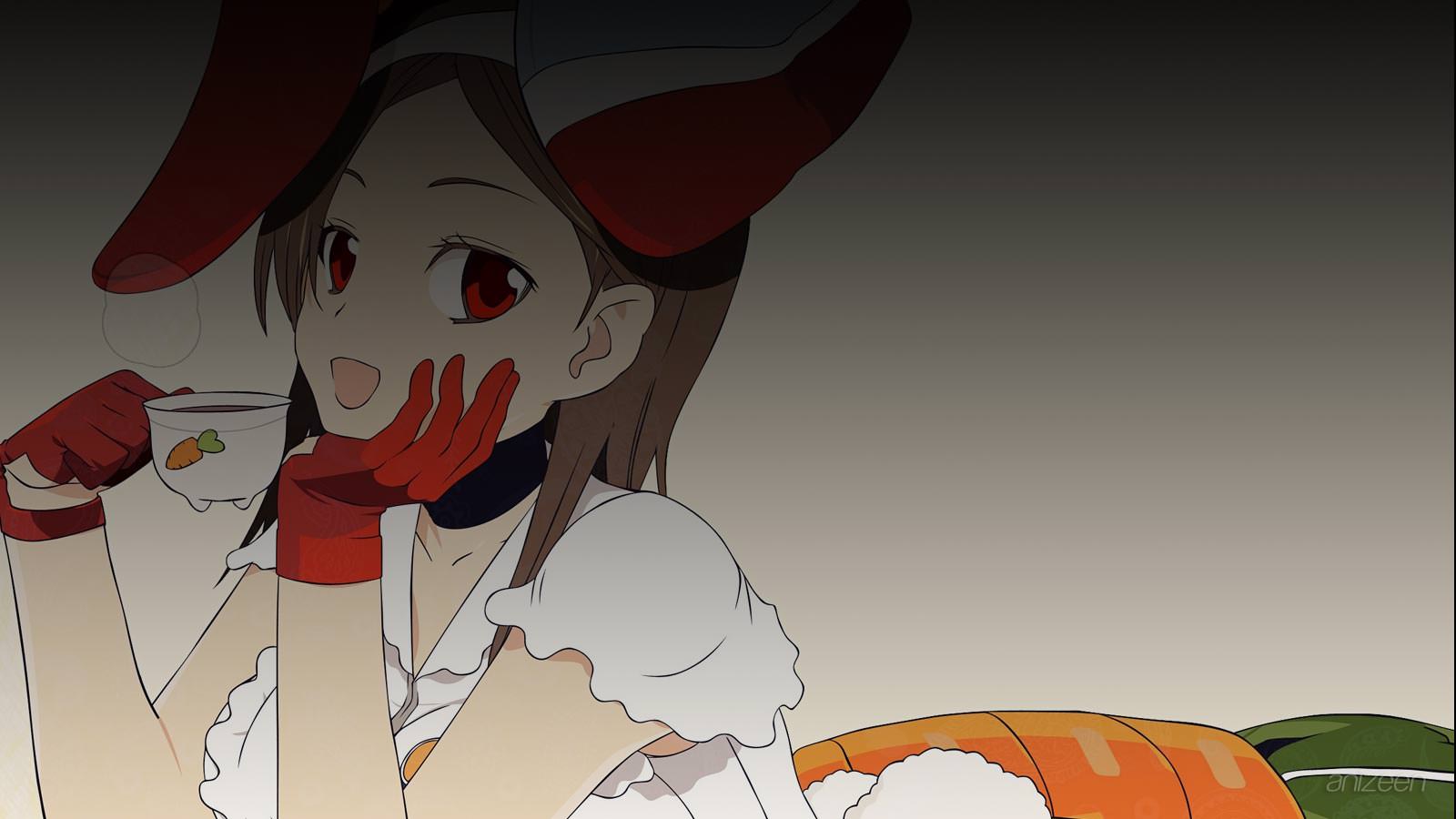 After establishing contact with extraterrestrial civilizations, it was found that humans were the only race to develop various sports.

The number of alien sports fans grew dramatically, and the most fanatic of them regularly harass stadiums for taking part in a game, or demanding a good show, etc.

Finally a treaty was settled, ruling all interferences towards other planets’ cultures illegal. Rabbit Force, a group of rabbit-themed henshin girls became responsible for enforcing the treaty and capturing any offenders.

Mina Tsukuda is getting her big break as a TV station mascot when a jealous girl (Escartin) gives her the wrong directions. Mina gets lost, accidentally discovers an alien, almost gets killed, but is saved by another girl named Mina (Mina Ootsuki – oh no, 2 Minas!).

An alien bunny baby appears and gives original Mina a magic carrot which transforms her, and calls down some giant carrot weapons from the moon…so that Mina and the other Mina can kick some alien butt…and when they defeat it, it turns into the cutest little bunny.

Mina Tsukuda transforms into Tsukishiro Miina by eating a carrot or any food that contains carrots as ingredients (such as carrot juice). She uses her Carrot Weapons to fight against and capture alien criminals causing trouble in the Earth.

Suiren Koushuu is SpoLuna’s main newscaster. Nicknamed “Ren Hime(Princess)”. Her beauty and intellectual speech gained much popularity from the viewers. She strictly coaches the newbie announcer Mina, but not visibly she seems to have expectations for her.

Getsumen To Heiki Mina
(月面兎兵器ミーナ)
Was a fictitious anime which appeared in the television miniseries Densha Otoko. In the same manner as Kujibiki Unbalance, an anime that began as a fictitious anime/manga within the anime/manga Genshiken, it has been adapted into a television series. The 11 episode series has been adapted by the animation studio GONZO. It premiered on January 13, 2007 on Japan’s Fuji TV.
OP
S1. “Lights, Camera. Action!” ~ HALCALI
ED
S1. “Beautiful Story” ~ Marina Inoue
WEB