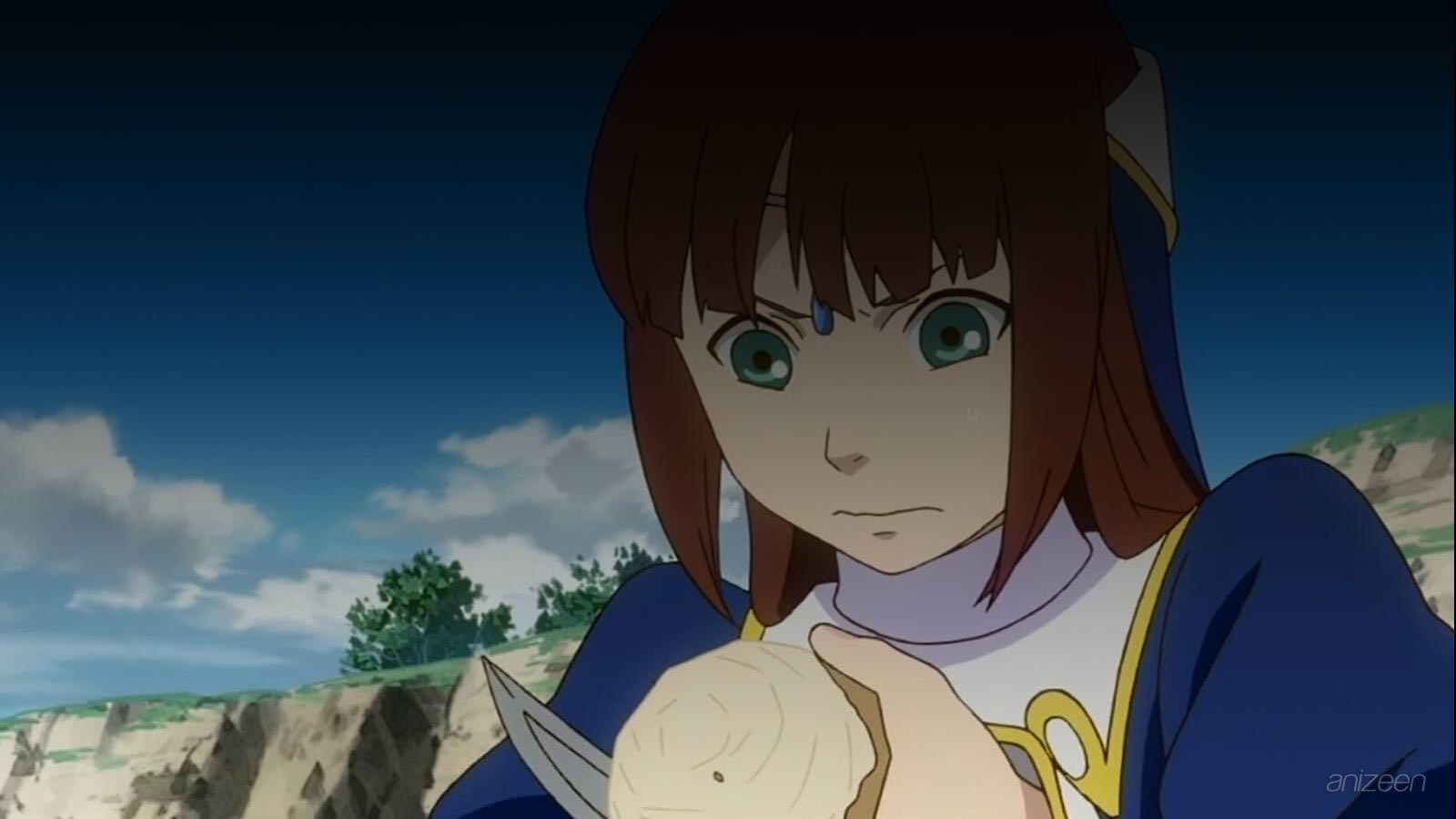 A carefree young boy named Clain lives in a world where everyone lives a relatively easy and peaceful life thanks to the Fractale system, which connects the world together with technology from the 22nd century.

It is now 1000 years after the System’s activation. Even now, the System still operates, but there is no one alive who understands it. The vast majority of people unquestioningly believe that its preservation is the sole condition to human happiness.

Thanks to the Fractale, conflicts are almost unheard of and the humans that are left receive all the money and tools they need. People in this world don’t communicate directly, instead, they use avatars known as ‘doppels’ to travel the outside world and communicate for them.

Since people constantly upload themselves into Fractale, they can be brought back as doppels and the only drugs to be found are accessed via SD card.

While out one day, Clain sees a girl, Phryne, being chased through the air by a mysterious gang in a small rocket powered airship. He saves her, and the hides her at his place, just to learn the vaguest of details about her.

Clain and Phryne soon become friends, but in the following day she disappears without saying a word, leaving a mysterious brooch behind.

Accessing the data from the peculiar gift, Clain ends up summoning a girl-shaped avatar named Nessa. Together they start a journey as they discover the truth behind the Fractale system.

Clain is the main character. He has ‘doppels’ holographic robot-like beings his parents can control—in place of his parents. With a single movement, they will disperse. Clain is mainly interested in items created before the Fractale system was established. Since many people use their doppels, he is upset that he does not see much more humans around, including his own family. One day, He was given a brooch by a priestess named Phryne.

Phryne is the daughter of a priestess. She has sudden outbursts, like when she begs for Clain to let her see his smile. She has gotten close to him and they spend a night in a lot of ancient ruins together. Phryne’s wish upon the day star was for “Clain’s smile to last forever“.

Nessa is a “doppel” copy, appearing to be one of the priestesses; she is cheerful and energetic. Clain meets Nessa for the first time when she suddenly appears out of Phryne’s brooch. She smiles a lot and likes to explore, even occasionally dragging Clain into trouble. She seems to know Phryne. Nessa holds many secrets.

Fractale
(フラクタル)
Is an 11-episode anime series produced by A-1 Pictures and Ordet and directed by Yutaka Yamamoto (Suzumiya Haruhi no Yuuutsu). The story was developed by Hiroki Azuma and the screenplay was written by Mari Okada, with original character design by Hidari. The anime began airing in Japan in January 14, 2011 on Fuji TV’s Noitamina programming block. A manga illustrated by Mutsumi Akasaki began serialization in Square Enix’s Gangan Online on September 30, 2010.
OP
1. “Harinezumi” ~ Hitomi Azuma
ED
1. “Down By The Salley Gardens” ~ Hitomi Azuma
WEB

ED ~ Down By The Salley Gardens