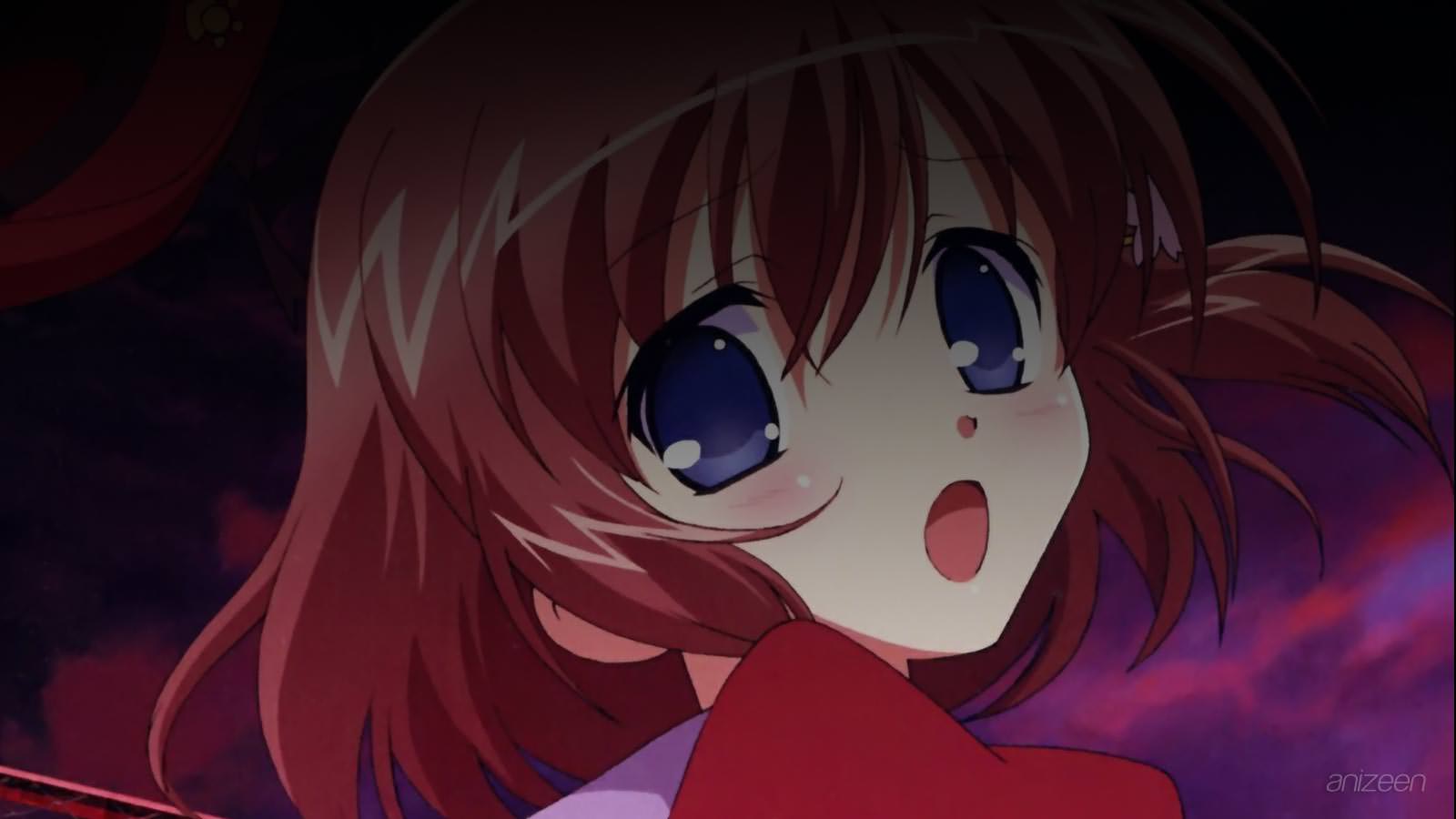 After losing his sister five years ago, Kakeru Satsuki has a sad life, only able to return to his normal days with help of his childhood friend Yuka Minase, and other friends at school.

One day, Kakeru and Yuka make a trip to the mall, and suddeenly get wrapped into the Red Night, an alternative world where the sky turns red and the moon turns black. Everyone besides Kakeru and Yuka disappears and monsters start roaming the streets.

All that they were able to do was just to run away and hide. In the end, they manage to survive and return home exhausted an confused.

The next day, a new student shows up, Momono Shiori, and walks toward Kakeru and Yuka who are talking, after a second, Yuka faints. After the day is over, Kakeru and Yuka once again go the the mall, but during a moment of rest, they return to the Red Night and Kakeru prepares to fight the same looking creatures he and Yuka survived the last time.

Kakeru and Yuka manage will find four more humans who are involved in this mysterious phenomenon: Kusakabe Misuzu, a onmyouji swordswoman, Tachibana Kukuri, a strange mute girl who looks like Kakeru’s deceased sister, Hirohara Yukiko, a lively young girl who reverts to the personality of a cold killer when her glasses are removed, and Tajima Takahisa, a young pyrokineticist with a heated attitude to boot.

They will get together and try to survive this new and strange world.

Kakeru Satsuki, he and his sister were orphaned since their youth, and went to an orphanage where he first met Yuka. After his older sister died, Kakeru felt that his life was empty. This was later filled by Yuka and his new friends he met in high school. He has heterochromia and wears an eyepatch over his right eye, known as the eye of Aeon, which holds what seems to be the power of precognition.

Yuka Minase is Kakeru’s childhood friend. She met him at the orphanage where they grew up, and was able to help Kakeru feel better after his sister’s suicide. She is very clingy to Kakeru. She is also in Kakeru’s class in school.

Misuzu Kusakabe is one year older than Yuka and Kakeru. She is an Onmyoji from the Kusakabe clan. A clan of Onmyoji that is famous for having Oni’s blood in the bloodline and the five demonic swords known as Kusakabe’s Five Treasures. All five swords are in Misuzu’s possession right now and she keeps them in her finger nails via dimensional magic that she learnt from forbidden scrolls that was created by one of her ancestor who learnt and incorporated Western magic, Kusakabe Ryoichi.

Kukuri Tachibana is a strange girl in from their school who looks exactly like Kakeru’s dead sister. She is one year older than Yuka and Kakeru. She has the ability to material her soul into the form of an angel that appeared chained. She calls the angel “Abraxas”. She is the adopted daughter of the famous novelist in the area whom she inherited her last name. She has no memories beyond five years ago, when she was 13, and seems to have lost her voice. She uses a sketchbook for communication. In one scene of 11eyes CrossOver, it is noted by Shuu indirectly that her power is very unique and incredibly difficult to reproduce by sorcerers.

Yukiko Hirohara is a lively girl who is later seen killing the monsters mercilessly during the Red Night. She is a granddaughter of the Hirohara Zaibatsu, one of the richest houses in the 11eyes world. She came back to Japan from the nation Drasuvania. Her primary power is regeneration that is way above the ordinary human level. She fights using two metal knives. Her positive personality normally is maintained by self hypnosis which she planted suggestion for herself using her glasses. When the glasses are removed, her eyes and personality turn into that of a killing machine.

Takahisa Tajima is a young man from their school who is a pyrokineticist – meaning, being able to use fire attacks. He is of the same grade as Yuka and Kakeru, but is not from their class. His personality is brash and that of a loner. He is now under the guardianship of Saiko. In his childhood, he was trying his best to survive as sort of an orphan. Saiko was the one that took him in, but he has little to none respect for her either way.

11eyes -Tsumi to Batsu to Aganai no Shoujo-
(イレブンアイズ)
Is an adult visual novel developed and published by Lass first released on April 25, 2008 for a Microsoft Windows PC as a DVD; 11 eyes is Lass’ fourth game. A port playable on the Xbox 360 entitled 11eyes CrossOver was released on April 2, 2009 published by 5pb. A manga adaptation illustrated by Naoto Ayano began serialization in the October 2009 issue of Kadokawa Shoten’s Comp Ace magazine. An anime adaptation produced by Dogakobo and directed by Masami Shimoda began airing in Japan on October 7, 2009.
OP
S1. “Arrival of Tears” ~ Ayane
ED
S1. “Sequentia” ~ Asriel
WEB