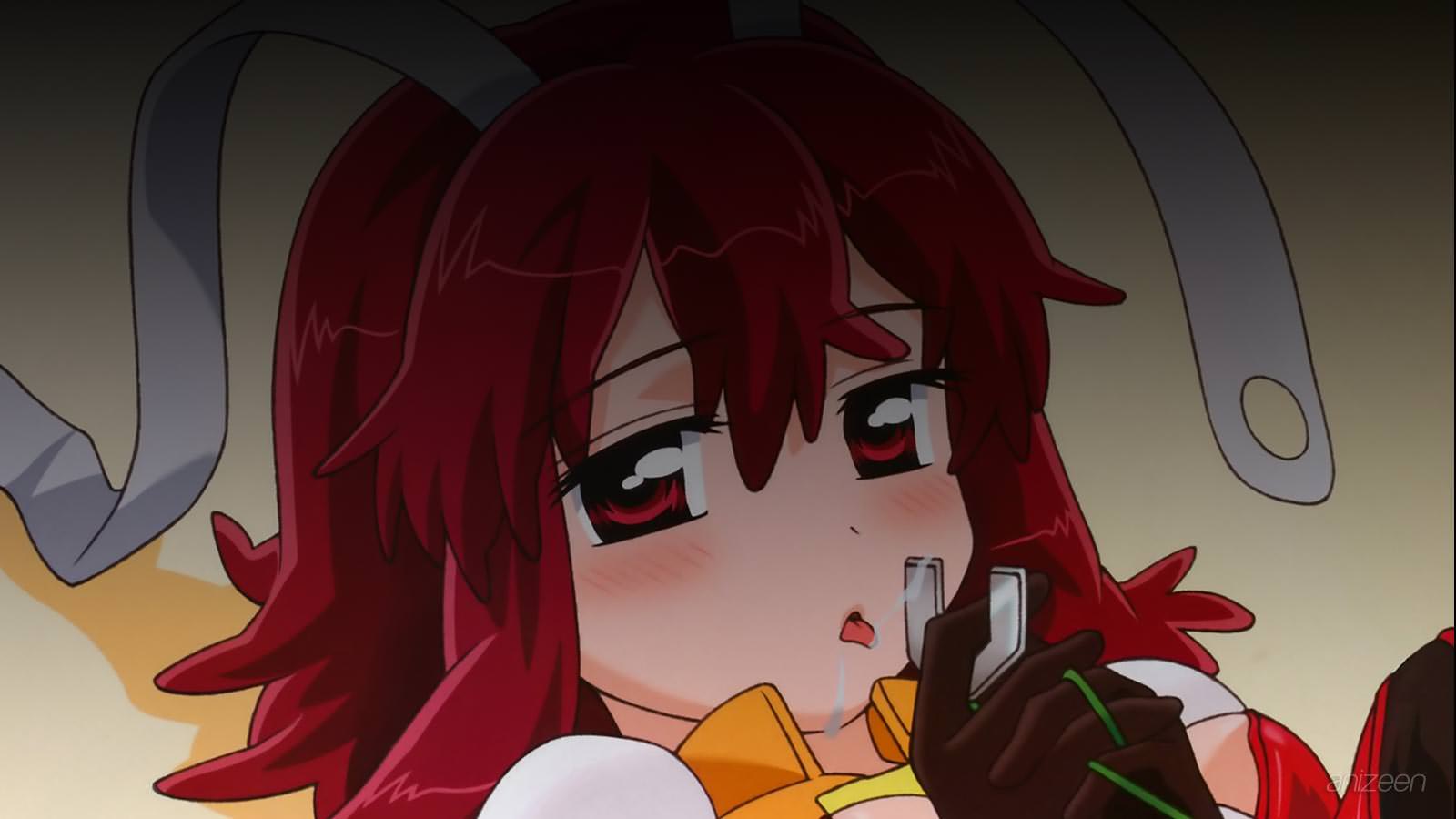 Plug Cryostat is a Juuden-chan from a parallel world know as Life Core. She works for a corporation named Neogem, ans she has a very peculiar job. Whenever she sees someone depressed, Plug charges them up in order to boost their self-esteem. All she does is prevent them to commit a suicide attempt.

Using some invisible suits, Plug flies around finding people that need to charge up. When she finds someone, she pulls out a giant electrical plug and uses it to charge the person. One time, she fails to ground herself to avoid an electric shock, in the end, she burns her own suit, something that will cost her to work overtime.

One day, when Plug was working, she meets Sento Oumi at Sunday Mama, a family restaurant. Somehow, Sento is able to see Plug, of course that he is surprised, and more than that, he freaks out thinking that it is a burglar and hits Plug with a baseball bat.

In the meantime, Sento’s sister, Hakone Oumi and her best friend Iono Tomonaga, who can’t see Plug, ask him what is he doing waving the bat in the air.

Plug realizes that Hakone is feeling down and tries to charge her up, but Sento prevents Plug to do any weird thing to her little sister. Later that night, Plug tells Sento what she is and what is the purpose of her job.

After that, she tries to find out why Hakone is feeling depressed. Finally, she finds out that the reason is her older brother Sento.

Plug tries to convince Sento to cheer his little sister, but she only finds out that Hakone went out, and that she will try to suicide. When Sento tries to save his sister, Plug finally has a clear chance to charge Hakone and saves her.