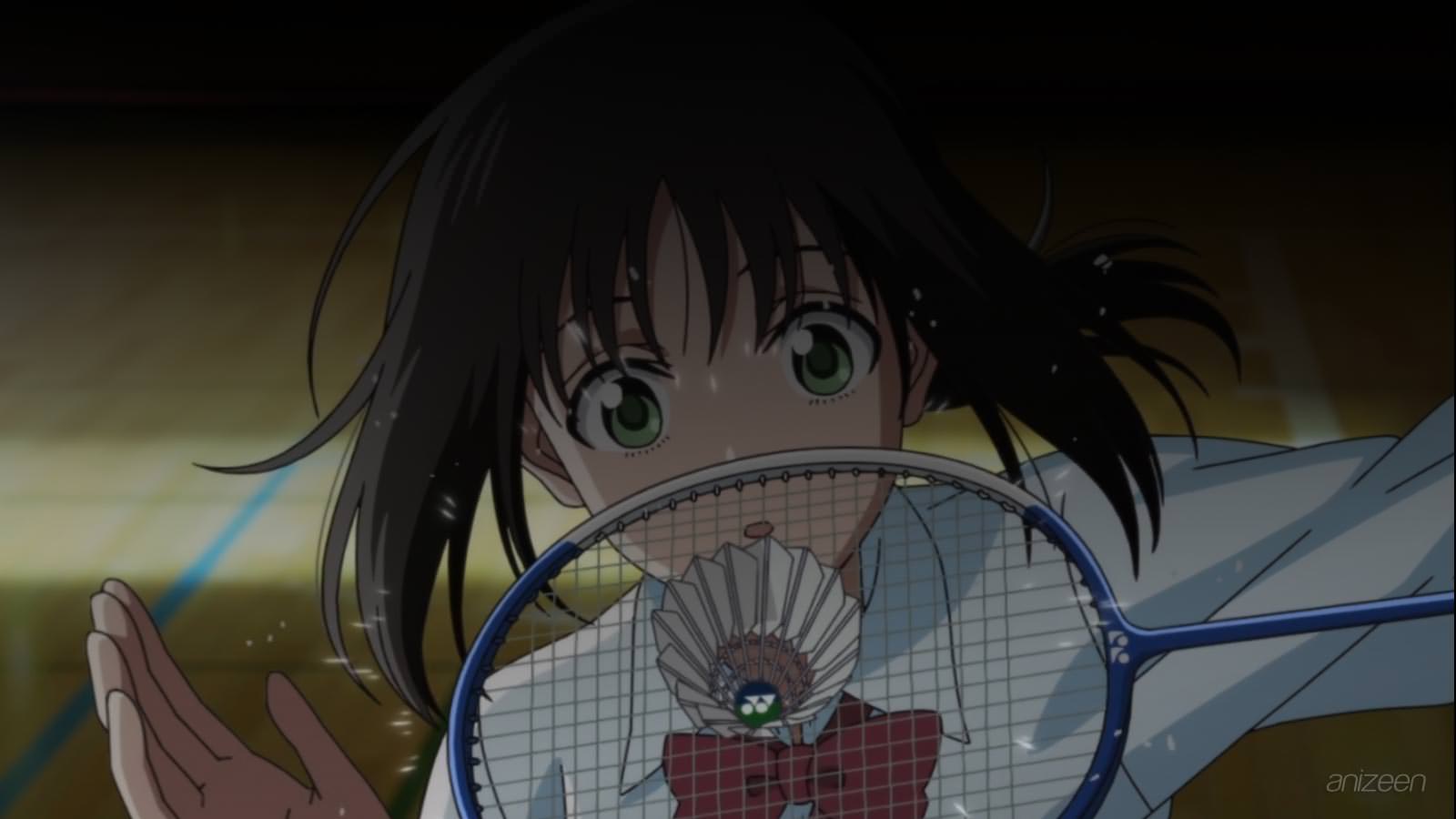 Six months ago, we find Ayano, who has a natural talent for badminton, and effortlessly tends to dominate her opponents. On the other hand, we have third-year Nagisa, who has trained hard as ever to win.

Both girls are engaged in an incredibly quick and agile match, making sharp movements and expertly responding to every hit.

Between crisp slow-motion moments around each racket swing, you listen Nagisa’s voice in the background questioning herself, asking why it she plays.

Nagisa’s strong hits and effort makes you feel she is winning, however, before her last powerful shot of a rally, the birdie lands out-of-bounds. Nagisa struggles against Ayano, whose talent goes beyond expectations, and she simply hits back every attack.

Despite the appearance of a strong performance, Nagisa is losing 20 to zero. Finally, Ayano finishes her off.

Ayano might be the best; however, she is not thrilled with the game. She looks over a magazine cutout featuring her own image. The photo refers to her as a prodigy, but, due to her mother, she ends up crying and mentally tired with the sport.

Months later, back at school, the Kitakomachi badminton team has no new recruits, and it is because of Nagisa.

She is known for literally terrorizing her teammates. Moreover, she usually spends her training time mercilessly drilling younger players and screaming at them.

In her mind, the route to any success will come from working extremely hard. And strongly believes her loss to Ayano was because she did not work hard enough. Unfortunately, she projects that same insecurity onto her teammates.

Now, the team is struggling, and only has few options to continue. They have a new coach, Kentarou Tachibana, qualified for the Olympics before sitting out due to an injury.

In addition, there is a first year student, Ayano, who does not want to join the team at all.