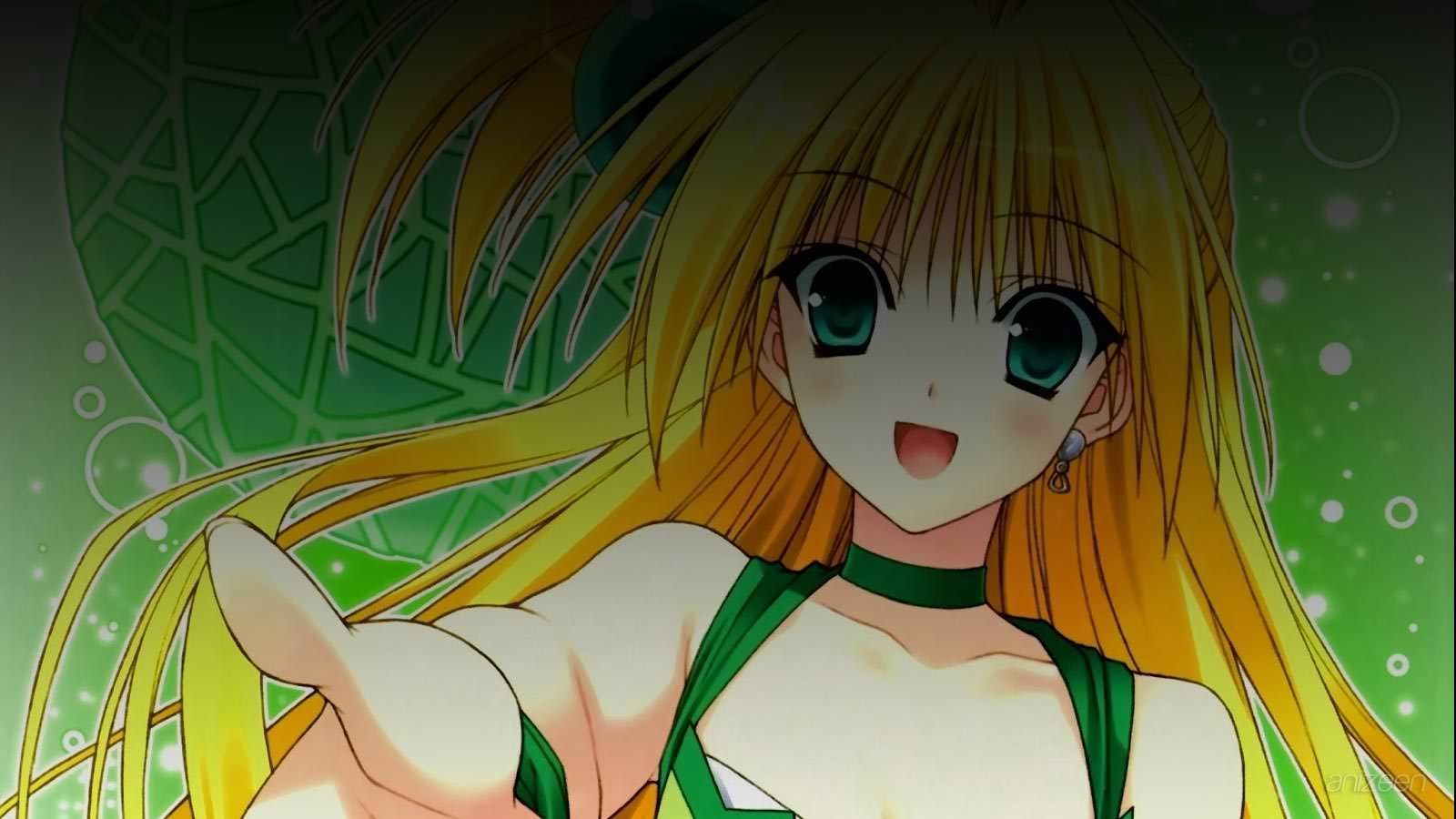 Kakeru Daichi buys a canned drink from a vending machine on the way home from school, but he doesn’t open it until after he gets home and takes a shower. When Kakeru brings the can to his lips and starts to drink a magic spell unfolds and a beautiful young girl appears in his arms with her lips replacing the can on Kakeru’s lips, thus giving Kakeru his “first kiss”.

Kakeru drops back and thinks that he is dreaming. Suddenly, the girl realizes that Kakeru is standing naked against her. The girl attempts to explain to Kakeru that she is a spirit that is embodied in the melon soda that is in the can, but Kakeru is totally convinced that he is enjoying a nice ecchi dream and proceeds touch the girl all over while posing in various “manly” poses. The girl is not at all impressed and whacks Kakeru with a number of magical melon-power energy balls that fry Kakeru but don’t really discourage him.

Kakeru then discovers that if he tugs on the pop-top ring that is in the girl’s left ear lobe she will transform back into the can. Eventually Kakeru discovers that the girl must drink more cans of melon soda to keep herself alive, that if he drinks from her can with a straw she will have an orgasm, and also that she will die if her melon drink goes empty. Kakeru finally comes to grips with the fact that the girl is a real magic girl, and gives her the name “Melon”.

Kakeru Daichi is a sixteen year old male studying at Kyuugetsu Academy. He’s a perverted boy who loves to play lewd jokes. He enjoys collecting rare juice cans and basically likes juices. One day, he bought a melon soda that transformed into a girl, which was an Akikan. He was later invited by Hidehiko Otoya to join the “Akikan Elect” and “Intelligence Port Project” but being a person who hated fights, he rejected the invitation. A certain incident during his sophomore/junior high school days made him afraid of hurting somebody.

Melon is a steel Akikan who came from a melon soda, owned by Kakeru. She’s competitive and strong-willed, which was the reason why she was always having a fight with Kakeru. Although she likes her owner she cannot express her feelings well, which ends up telling opposite of what she wants to say. She likes watching baseball matches, even with midnight telecasts. She basically hates Aluminum Akikans and is always having small quarrels with Yell. She mostly uses carbon dioxide based cool drink sorcery in battle.

Najimi Tenkuji is Kakeru’s childhood-friend and classmate, whose charm point is her “antenna” hair which changes form according to her mood. She’s an heiress to the Tenkuuji group of companies and she holds a romantic feeling toward Kakeru. She’s gentle and easy-going, but her weird sense of imagination tend to warp her into her own world. She became Yell’s owner as she bought a sports drink at the night of Yurika Kochikaze’s birthday party. She has the history of being saved by Kakeru from being kidnapped.

Budoko is an Aluminum Akikan who came from a grape juice. She’s small but strong willed and talks in a funny way. She was killed once by Melon as a result of the “Akikan Elect” battle but was revived later as RG:A. She loves to watch the stars together with her owner, Misaki Miyashita.

Yell is an Aluminum Akikan who came from a sports drink, owned by Najimi. She’s usually cool and composed but she becomes furious when someone tries to insult her owner. She’s got sharp vision which was the cause for her being sensitive to moving objects, which causes her the urge to play with it. She also loves animals and she herself have a pet turtle called “Kame”.

Yurika Kochikaze is Kakeru and najimi’s classmate who claims to be Najimi’s lover. She’s always having fights with Kakeru and Yell as her rival for Najimi. She’s also a self-proclaimed witch and she often uses cards to throw at Kakeru. In some instances she shows mysterious powers.

Goro Amaji is one of Kakeru’s classmate and friend. He was nick-named Gigolo by Kakeru but he was far from being a ladies’ man. He is often forgotten by his friends due to his lack of Existance. He’s also got crush for Yurika Kochikaze but always ends up not being able to tell her or being ignored. But, he is a reliable person at times of need, always ready to help his friend. Thanks to: D. Baranyi