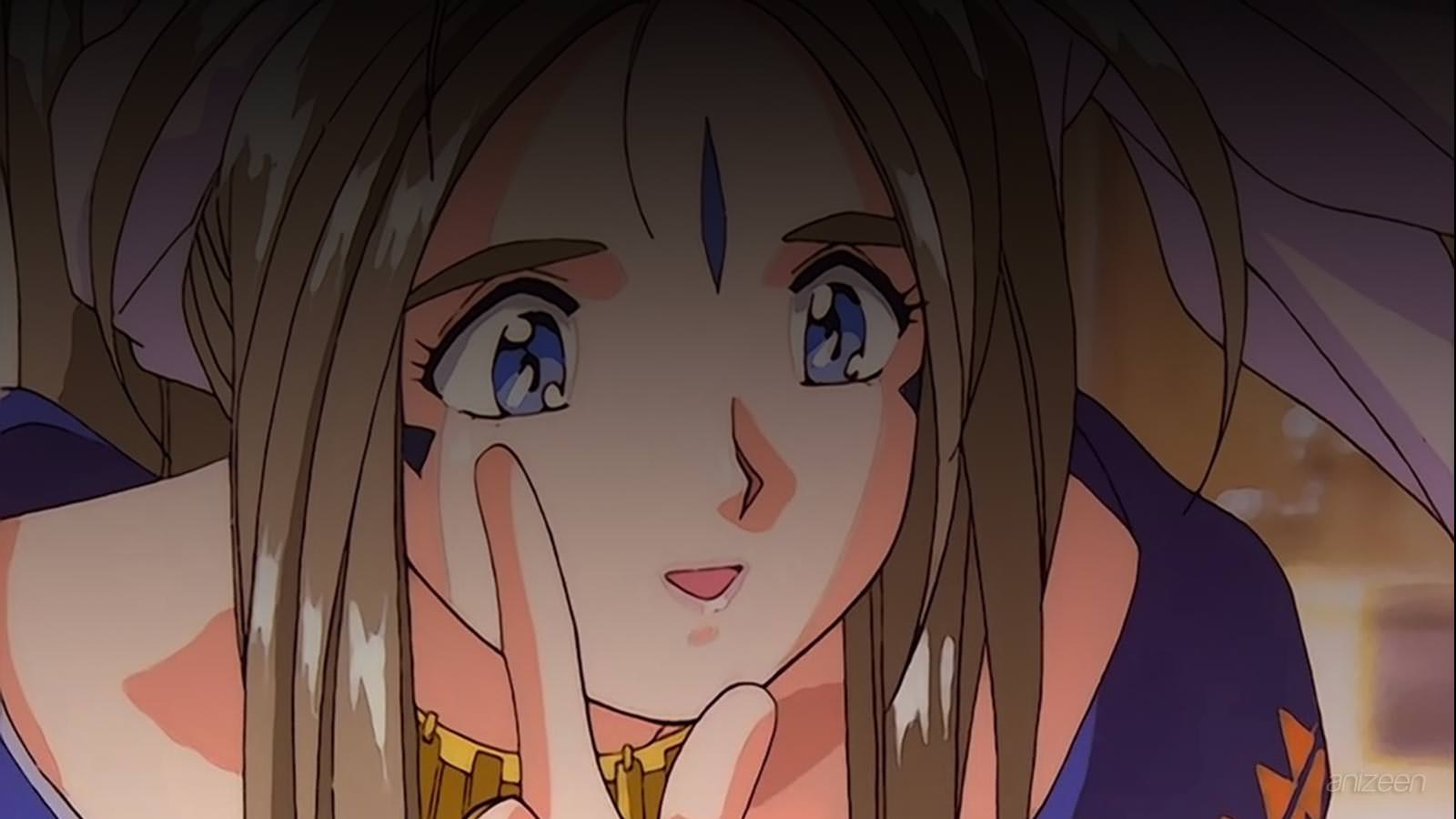 About symbols on characters’ foreheads

Let’s try to explain that in Hindu belief, the dot on the forehead, known as “bindu,” “bindi,” “tilaka,” signifies the focal point of wisdom and spirituality. In Buddhism, the dot on the Buddha’s forehead is called “urna” and represents the mystical third eye that sees truth and divinity.

The bindi is associated with both men and women, and in some cultures worn exclusively by married women. In Buddhism, the urna is associated with the male Buddha, but can also apply to anyone that approaches the divine state of bodhisattva.

In the 1986 OVA Chojiku Romanesque Samy Missing 99, which merges a loose inspiration from Hindu religion with conventional sci-fi anime themes, protagonist Samy doesn’t initially have a mark on her forehead, but as she evolves into a dimensional warrior, then into a bodhisattva, she a symbol does develop between her eyelashes.

In the 1989 Tenku Senki Shurato anime television series based on Hindu mythology, the male character Karura-Oh Reiga has a bindu, although other characters in the program don’t.

However, the goddesses of AA! Megami-sama!, which premiered in print in 1988 and premiered in anime form in 1993, have noticeable adornments on their foreheads that seem to be at least somewhat related to the use of their divine powers, but these goddesses were inspired by Norse, not Hindu, myth.

And the earliest examples of anime characters with a symbol on their foreheads that I know of are direct references to Hindu belief. But more recent examples seem to be distancing themselves from religious roots and becoming a simple form of decoration used to establish a character’s unique appearance.